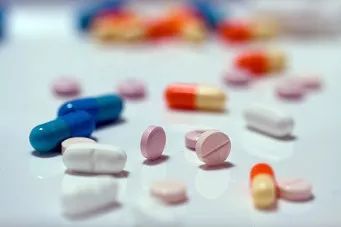 Hyperglycemia is caused by defective insulin secretion or impaired biological effects. If a person with diabetes has long-term high blood sugar, it will cause chronic damage to various tissues, especially the eyes, kidneys, heart, and blood vessels. Symptoms such as ketoacidosis and hyperosmolar coma can occur in severe cases.

Especially some elderly diabetic patients often have other diseases, such as hypertension, coronary heart disease, hyperlipidemia, etc. Some of the drugs used to treat these diseases have a glucose-increasing effect, and some combined with hypoglycemic drugs can produce anti-diabetic drugs, and even increase the risk of toxicity.

The following is a summary of some drugs that can easily lead to increased blood sugar, and be vigilant in clinical use.

Isoniazid is highly selective for Mycobacterium tuberculosis and has a strong antibacterial effect. In this nearly 50-year history of use, although the tuberculosis bacterium infected by some patients has developed drug resistance, most doctors still believe that it is an indispensable main drug for the treatment of tuberculosis. However, its combined use with sulfonylurea hypoglycemic agents can cause diabetes and hyperglycemia, and even produce irreversible diabetes.

Editor’s note: There are also many reports showing that after receiving this product for a few months, men have female breasts and impotence; women have menstrual disorders and amenorrhea.

Adrenal cortex hormones, referred to as corticosteroids, are the general term for hormones synthesized and secreted by the adrenal cortex. They are steroids, but usually do not include sex hormones. Such as: prednisone, prednisolone, methylprednisolone, hydrocortisone, dexamethasone, etc.

Corticosteroids are mainly used for the rescue of critically ill patients and certain chronic diseases that are ineffective in other drug treatments, such as rheumatoid arthritis and frequent asthma. It is an important hormone involved in the reverse regulation of blood sugar. It reduces insulin sensitivity by promoting adipogenesis and xenogenesis, reducing glycogen synthesis, etc., leading to an increase in blood glucose concentration.

Diuretics are an important component of treatment strategies for patients with fluid retention heart failure (heart failure). Studies have shown that one of its side effects is that it can inhibit the release of insulin and reduce glucose tolerance, leading to elevated blood sugar or positive urine glucose, such as furosemide, ethanilic acid, and hydrochlorothiazide.

The main protease inhibitors are: nelfinavir, saquibonvir, indinavir, amprenavir, ritonavir, lopinavir and compound preparations.Regardless of whether the patient has diabetes or not, the incidence of hyperglycemia is 3%-17% after starting anti-HIV virus treatment with protease inhibitors or after long-term use. Many experts disagree with the interruption of antiviral drugs to reduce hyperglycemia, especially in patients with stable virus control.

Compared with others, diabetic patients will have higher blood sugar, free fatty acids, ketone bodies and triglyceride levels when intravenously infusing salbutamol. These adverse reactions can be improved by reducing the dose of the drug, and can disappear when the treatment is terminated.

It can inhibit the secretion of insulin and cause high blood sugar.

Trastuzumab and rituximab can cause hyperglycemia.

For the elderly with reduced growth hormone levels, the use of growth hormone therapy can make beneficial changes in the body’s lipid composition, but the adverse effects of this therapy are caused by joint pain, carpal tunnel syndrome and increased blood sugar.