Bayer recently announced that the European Commission (EC) has approved Verquvo (vericiguat, 2.5mg, 5mg, 10mg tablets), which is a soluble guanylate cyclase (sGC) stimulator for recent occurrences An adult patient with symptomatic chronic heart failure who recovers from a decompensated event requiring intravenous (IV) therapy and has a reduced ejection fraction. Verquvo’s approval is based on the results of the pivotal Phase 3 VICTORIA trial, which specifically targets patients who have recently experienced worsening heart failure (recent hospitalization for heart failure or use of intravenous diuretics). The results showed that after a worsening heart failure event, Verquvo combined with background therapy significantly reduced the combined risk of cardiovascular death or heart failure hospitalization compared with background therapy alone.

Verquvo is taken orally once a day, and its active pharmaceutical ingredient vericiguat is a first-in-class stimulator of soluble guanylate cyclase (sGC). Although sGC is important for blood vessel and heart function, in patients with heart failure, due to impaired nitric oxide (NO) availability and insufficient sGC stimulation, it leads to myocardial and vascular dysfunction. Vericiguat was jointly developed by Merck and Bayer, and the two parties reached a global cooperation in October 2014 to develop sGC regulators. Merck owns the commercialization rights of vericiguat in the United States, and Bayer has the exclusive rights to the rest of the world.

Verquvo’s mechanism of action is different from existing heart failure treatment methods. It provides a special method to manage patients with chronic heart failure after a decompensated event (also known as a worsening event). Current treatment methods prevent the harmful effects of the natural neurohormonal system, which is activated by the myocardial and vascular dysfunction that occurs during heart failure. Verquvo works in conjunction with existing treatments through a different mode of action. The drug specifically restores the defective NO-sGC-cGMP pathway, which plays a key role in the progression of heart failure and aggravation of disease symptoms .

Dr. Michael Devoy, Chief Medical Officer and Head of Medical Affairs and Pharmacovigilance of Bayer Pharmaceuticals, said: “The approval of Verquvo in the European Union is a major breakthrough for patients with heart failure. Heart failure is the leading cause of hospitalization in Europe. Because half of the patients Re-admission within 30 days after being hospitalized or starting intravenous diuretics. We believe that the listing of Verquvo will provide clinicians with a much-needed new option to help reduce the huge burden of chronic heart failure.” 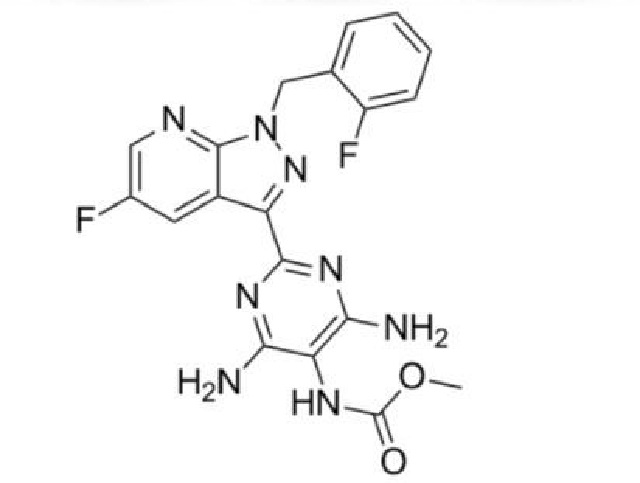 Patients with symptomatic chronic heart failure and reduced ejection fraction are at high risk of hospitalization after experiencing heart failure symptoms that require outpatient intravenous diuretic therapy or hospitalization. It is estimated that more than half of the patients were re-hospitalized within one month after discharge due to their worsening condition, and about one-fifth of the patients died within 2 years. After vericiguat goes on the market, it will provide doctors, health care professionals and patients with a welcome new choice.

Verquvo’s regulatory approval is based on the results of the pivotal Phase 3 VICTORIA study. Data show that after a worsening heart failure event, vericiguat combined with background therapy significantly reduces the combined risk of cardiovascular death or heart failure hospitalization compared with background therapy alone. The positive results of the Phase III VICTORIA study were announced at the annual scientific meeting of the American College of Cardiology/World Congress of Cardiology (ACC.20/WCC Virtual) virtual meeting held in March 2020, and were published in the top international medical journal “New The English Journal of Medicine (NEJM). The title of the article is: Vericiguat in Patients with Heart Failure and Reduced Ejection Fraction.

Dr. Burkert Pieske, the principal investigator of the key Phase 3 VICTORIA study and Professor of Internal Medicine and Cardiology at Charite Hospital in Berlin, Germany, said: “With this latest approval, the cycle of decompensation events (worsening events) will be broken and the risk of rehospitalization will be reduced. Risk, we have the potential to bring new hope to patients with heart failure. Rehospitalization has a significant impact on patients and their families. Even when receiving guideline-based treatment, many patients’ symptoms will gradually worsen. Therefore, get a The new therapies developed specifically for these patients are extremely welcome news.”

VICTORIA is a randomized, placebo-controlled, parallel-group, multi-center, double-blind phase III study conducted in more than 600 clinical centers in 42 countries around the world. A total of 5,050 patients who have experienced worsening heart failure events and ejection fractions were enrolled Less than 45% of patients with symptomatic chronic heart failure. In the study, patients were randomly assigned to receive vericiguat (titrated to 10 mg, n=2526) or placebo (n=2524) once a day, while receiving available heart failure medications. The primary endpoint was a composite of cardiovascular death or hospitalization for heart failure. Compared with recent heart failure prognosis trials, the primary endpoint’s annual placebo event rate is more than 2 times higher, and the baseline level of the clinical marker for disease prognosis (NT-proBNP) is 2 times higher, which makes these patients more likely to be hospitalized or die. high.

This effect was consistent in most pre-specified subgroups, including patients who received or did not receive Entresto (sacubitril/valsartan). Baseline NT-proBNP level and age are related to treatment effect. In this study, the data indicated that most patients with NT-proBNP in the lower quartile range and patients under 75 years of age may have a greater benefit.

In the baseline NT-proBNP analysis, patients were divided into 4 quartiles. The overall treatment benefit is driven by patients in the lower 3 quartiles, where the relative risk reduction for the primary composite endpoint is between 18-27%.