Pancreatic cancer: PD-1+TIGIT+CD40 combination trials are about to start

Pancreatic Cancer is a highly malignant gastrointestinal malignant tumor that is difficult to diagnose and treat.

But recently MIT researchers have developed a three-drug combination immunotherapy strategy that can eliminate pancreatic tumors in mice and help enhance the body’s immune defense against tumors. It will enter clinical trials later this year. .

A group of researchers developed an immunotherapy strategy-PD-1 inhibitor + TIGIT inhibitor + CD40 agonist, which can eliminate pancreatic tumors in mice. This three-drug combination strategy can enhance the body’s immune defense against tumors and will enter clinical trials later this year. 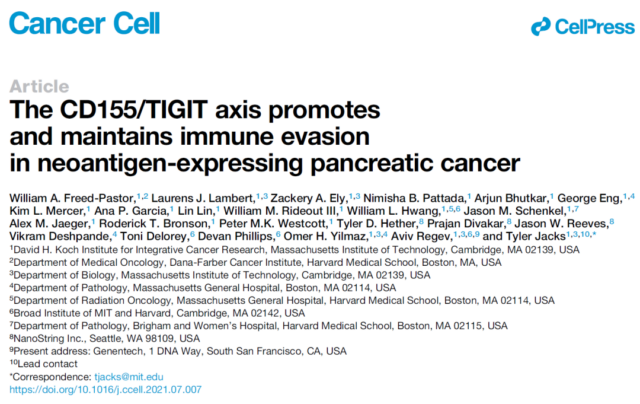 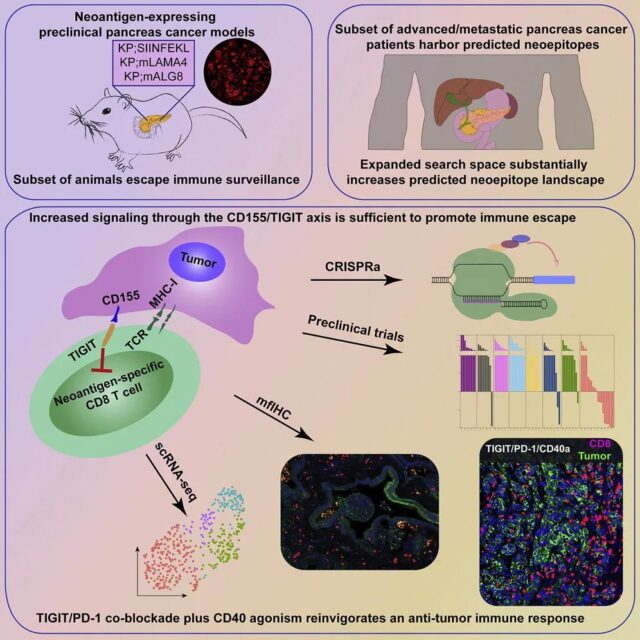 T cells in the human immune system can recognize and destroy tumor cells that express oncoproteins, but most tumors will produce a highly immunosuppressive tumor environment, inactivating these T cells and helping tumors escape and survive.

However, some recent studies have shown that many pancreatic tumors actually express cancer-specific neoantigens. At this time, researchers suspect that in addition to the PD-1/PD-L1 system, there are other similar systems that restrict pancreatic cancer. T cell function.

The research team pointed out that the function of CD155/TIGIT is very similar to PD-L1/PD-1. Tumor cells highly express CD155. When TIGIT-positive T cells encounter any tumor cells that express CD155, they will enter a state of T cell exhaustion. Causes T cells to be turned off.

Next, the research team began to explore whether they could use this discovery to rejuvenate depleted T cells and attack pancreatic tumor cells. The research team tested various combinations of experimental drugs that inhibit PD-1 and TIGIT, as well as CD40 agonistic antibodies. The CD40 agonistic antibody is currently in clinical trials for the treatment of pancreatic cancer. It can activate T cells and drive them into tumors.

In mouse experiments, the research team found that PD-1 inhibitors have almost no effect on pancreatic cancer. The combination of CD40 agonistic antibodies and PD-1 inhibitors or TIGIT inhibitors can partially inhibit tumor growth, but does not significantly shrink tumors. .

However, when the CD40 agonistic antibody is used in combination with PD-1 inhibitors and TIGIT inhibitors, the effect is very significant. About half of the pancreatic tumors in pancreatic cancer mice receiving this treatment have shrunk, and even more so. 25% of mouse pancreatic tumors disappeared completely. In addition, the tumor did not recur after stopping treatment. 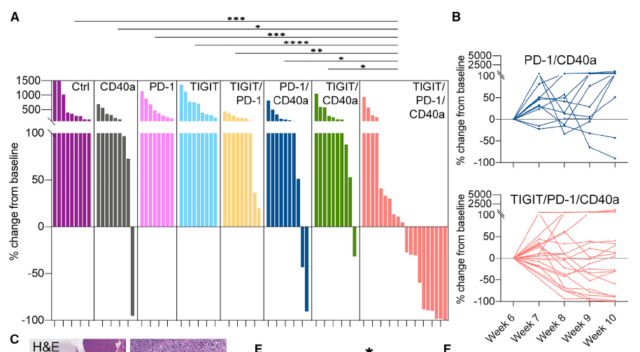 It is reported that the MIT team cooperated with the Lustgarten Pancreatic Cancer Research Foundation, which funded this research, and found two pharmaceutical companies, planning to advance the three-drug combination therapy to clinical trials later this year.

At present, we still do not have a good choice to treat pancreatic cancer. It is a devastating disease clinically. If this method can produce a long-lasting response in patients, it will undoubtedly be a huge problem for patients with pancreatic cancer. good news.