Nature: A large-scale study of 1.1 million in Israel: People who have received booster shots are 19.5 times less likely to be infected with COVID-19 than those who have only received two shots.

According to the latest findings in “Nature”, it is estimated that about 1.1 million Israelis over 60 years old, 12 days or more after receiving the third injection, participants are more likely to develop severe new coronavirus than the same age group.

People who had only received two injections and underwent the study within a similar period were about 19.5 times lower. The third booster shot was also associated with a 11.3 times reduction in new coronavirus infections.

Is it necessary to inoculate the third dose of the COVID-19 vaccine?

A highly anticipated study published on September 15 found that compared with Israelis who had received only two vaccines, Israeli elderly who had received a third booster dose of the COVID-19 vaccine tested positive for the COVID-19 virus or The possibility of developing a severe new coronavirus is much smaller.

The standard protocol for the mRNA-based COVID-19 vaccine is two doses, but the governments of some countries, including Israel, have begun to inject the third dose of “booster.”

The latest study evaluated about 1.1 million Israelis over 60 who had received the first two doses at least five months ago. After 12 days or more after receiving the third dose, the participants are about 19.5 times less likely to develop a severe new coronavirus than those in the same age group who have only received two injections and underwent the study within a similar period of time. . 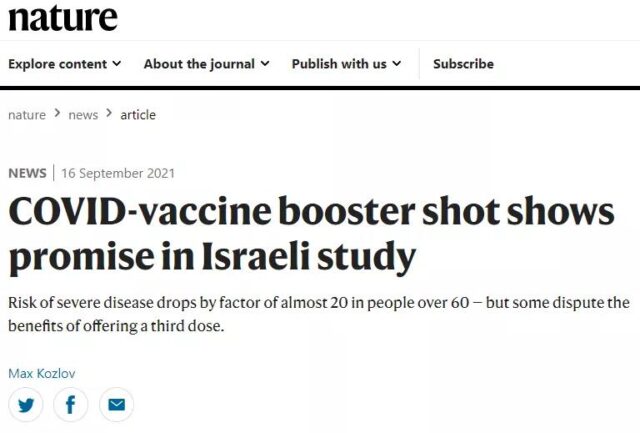 Susan Ellenberg, a biostatistician at the University of Pennsylvania, said: “These data may be the most powerful data she has ever seen to support the strengthening needle.

But the potential bias in the data makes some scientists not believe that all populations need booster shots, and when billions of people are still waiting for the first dose of the vaccine, these data do not eliminate people’s concerns about the fairness of the vaccine. “

Israel started vaccinating its population very early, and in July this year it began to provide a third dose of Pfizer-BioNTech vaccine to people 60 years and older. 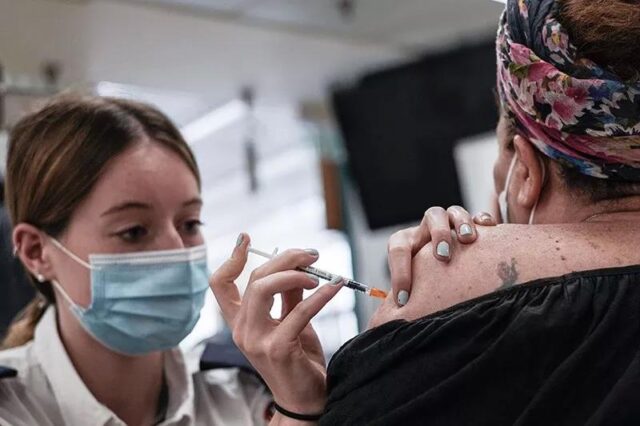 But Ellie Murray, an epidemiologist at Boston University in Massachusetts, warns that observational studies like this analysis can contain biases that are difficult to identify and explain. For example, compared with people who have not received the third shot, people who have been vaccinated with booster shots may have a different risk of new coronavirus infection, but behave differently.

Ellenberg said the author tried to address some of these potential deviations. She said that even if not all deviations have been eliminated, the extent of its impact shows that the strengthening needles provide some protection at least in the short term.

The results of the study come as many wealthy countries are considering providing enhanced needle injections. An advisory committee of the U.S. Food and Drug Administration (FDA) discussed Pfizer’s application for the supply of enhanced needles in the United States on September 17. An author of the Israeli study submitted data to the committee.

Murray believes that the potential bias in the data and insufficient evidence of reduced immunity after vaccination means that the latest research results do not indicate a “strong demand” for boosters. She said: “From a public health point of view, it is more effective to get more people vaccinated than to increase the effectiveness of the vaccine by a few percentage points for people who have already been vaccinated.”

Murray is not the only one who believes that the Israeli research results are insufficient to prove the correctness of the enhanced needle. On September 13, a review by a research team composed of two senior FDA scientists cited a preprint of the study and pointed out that the short-term protection recorded in Israel “does not necessarily mean long-term benefits.”

Dvir Aran, a biomedical data scientist at the Technion Technion in Israel, said: “Israel has deployed booster needles to stop the spread of young people and prevent serious diseases and deaths in older people.”

He also said: “Is this the best way? Will the two-week’blockade’ produce similar results? I cannot answer this question. But it is an interesting way to try to prevent such an epidemic through vaccination. break out.”

David Dowdy, an epidemiologist at Johns Hopkins University in the United States, said: “If the goal is to provide a high level of short-term immunity, vaccination is undoubtedly a good way. But because these studies only Concerned about the short-term effects of the booster vaccination, it is not clear how long the enhanced protection will last.”

Right now, the Delta strain is becoming the dominant mutated new coronavirus. Excluding the influence of the Delta strain, not wearing a mask and not maintaining social distancing are other important factors that have caused the recent surge in COVID-19 infection cases.

“The New York Times” published an investigation on July 31, saying that there are currently roughly 93 million people who are eligible but have not been vaccinated, and they are easily infected by the Delta strain.

Perhaps, as Murray said, it is more effective to get more people vaccinated than to increase the effectiveness of the vaccine by a few percentage points for those already vaccinated. The epidemic is still spreading, and even more SARS-like viruses will overflow. Take precautions. No one wants the epidemic to break out again.