On December 2, South African scientists issued a warning that the natural immunity brought about by the history of the COVID-19 infection had little resistance to the Omicron strain.

This new strain may destroy the new coronavirus protection that humans have slowly acquired in the past two years, and bring immediate and visible consequences.

European health experts also said on the 2nd that Omicron may become the main spreading strain in Europe in just a few months. 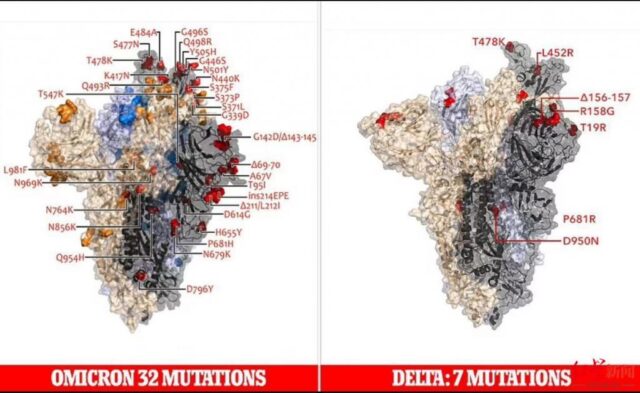 With a history of COVID-19 infection, almost unable to resist when Facing Omicron

According to researchers from the South African government, there have been 35,670 re-infection cases since the beginning of the COVID-19 epidemic.

The comparison has been reduced to 0.7. However, in this wave of epidemics brought by Omi Kejon, the re-infection rate has increased sharply, increasing to at least 2.4 times for the first time.

Scientists at Stellenbosch University near Cape Town explained that this shows that Omicron can bypass the natural immunity that people have acquired from past infections.

In November, South African scientists discovered a sharp increase in re-infection cases in their country. This is a dramatic increase that has not occurred when the Delta strain and other strains spread.

According to South African officials, scientists worry that Omicron, with as many as 32 mutations, may become the most infectious strain (the Delta strain has 7 mutations).

Omicron announced that it was “born” within a week, and it has become the main strain in South Africa and is spreading rapidly.

Although the total number of cases in South Africa is relatively small compared to other countries, its growth rate has become the fastest in the world.

In addition, South Africa’s admission rate within 7 days has increased by 180%, 98% of which were admitted to the hospital last Thursday, but the mortality rate has dropped by more than 60%. 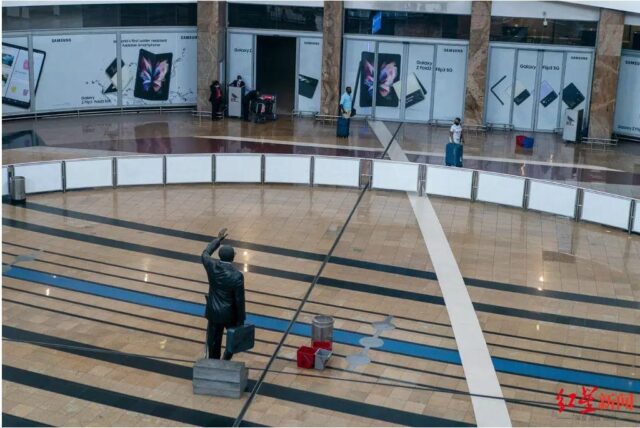 ▲Many flights in and out of South Africa have been cancelled, and Johannesburg Airport has become empty

Found in 25 countries on six continents, South Africans do not panic and live as usual

As of December 2, Omicron had been discovered in 25 countries on six continents.

Experts pointed out that it will soon appear in every corner of the earth where there are humans.

This means that a world that has been hit by the COVID-19 epidemic for two years and has just seen hope of recovery is ushering in another wave of epidemics.

Hundreds of Omicron infections have now been detected in Europe, and its rapid spread has also raised concerns that the epidemic will be extended.

The European Center for Disease Control and Prevention (ECDC) reported on December 2 that early evidence indicated that Omicron “may have a significant growth trend in the Videlta strain.”

However, in Johannesburg, South Africa’s largest city, restaurants and supermarkets are still overcrowded.

Christmas and New Year will follow one after another, people are talking about new strains, but so far there has been little panic. Scientists also pointed out that there is no need to panic.

Many questions about Omicron are still unresolved: the history of infection cannot prevent infection, can you avoid severe illness?

Natural immunity cannot resist Omicron, so does the current vaccine provide enough immunity? In addition, is it really as mild as the early cases? These questions will take several weeks to get answers.