At present, a variety of BTK small molecule inhibitors have been successfully applied to the treatment of B-cell lymphoma in clinical practice.

The currently marketed BTKi mainly produces enzyme inhibition by forming a covalent bond with the cysteine ​​residue in the active site of BTK.

However, covalent binding easily produces drug-resistant mutations, which has become a major problem in clinical treatment.

The C481S mutation is a known resistance mechanism of the first generation of irreversible BTKi.

On December 12th, Loxo and Merck, a subsidiary of Eli Lilly, announced their oral, highly selective, non-covalent (reversible) BTK C481S inhibitors pirtobrutinib and MK-1026 at the 63rd Annual Meeting of the American Society of Hematology (ASH).

Among the 252 CLL/SLL patients who had previously received BTKi treatment and whose curative effect was assessable, 171 had a response, including 2 CR, 137 PR, 32 partial remission with persistent lymphocytosis (PR-1), 62 SD, ORR Is 68%.

For patients who have previously received BTKi treatment, pirtobrutinib has shown a strong therapeutic effect whether it is due to disease progression or safety and other reasons. 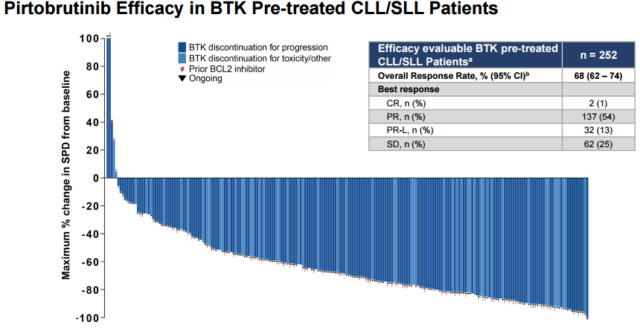 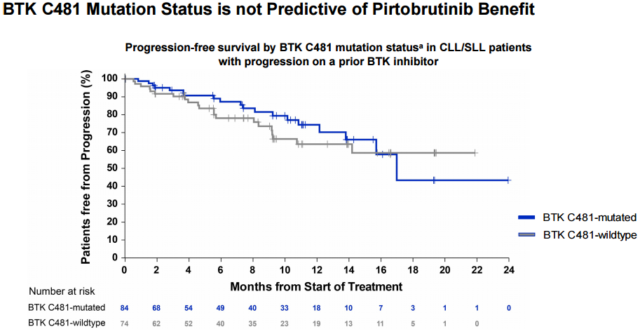 Among the 11 patients with MCL who were not treated with BTKi, 9 had remission, including 2 CRs and 7 PRs, with an ORR of 82%.

Remission was observed in MCL patients who had received stem cell transplantation and CAR-T treatment.

Among all the 618 patients participating in the study, the most common adverse events (regardless of attribution) included fatigue (23%), diarrhea (19%), neutropenia (18%), and contusion (17%) .

In addition, the incidence of adverse events related to covalent BTK inhibitors is very low, most of which are grade 1 or 2. During the phase I dose escalation phase, no dose-limiting toxicity was reported and the maximum tolerated dose (MTD) was not reached. 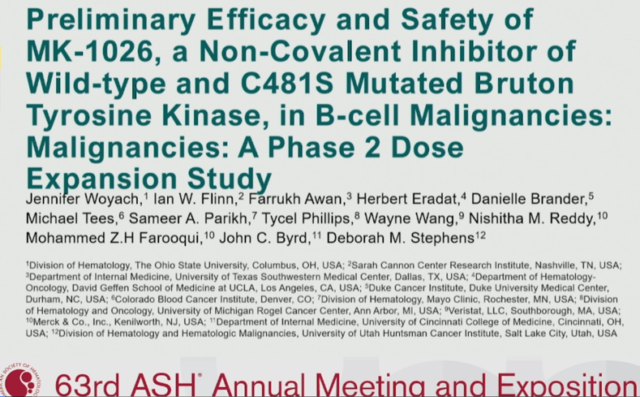 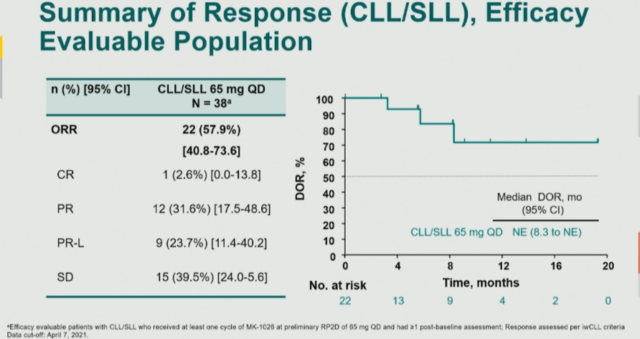 In terms of safety, among all treated patients, the incidence of treatment-related TEAEs was 66%, 26.3% (31 cases) had grade 3 and above TEAEs, and 9 (8%) discontinued due to drug-related TEAEs. 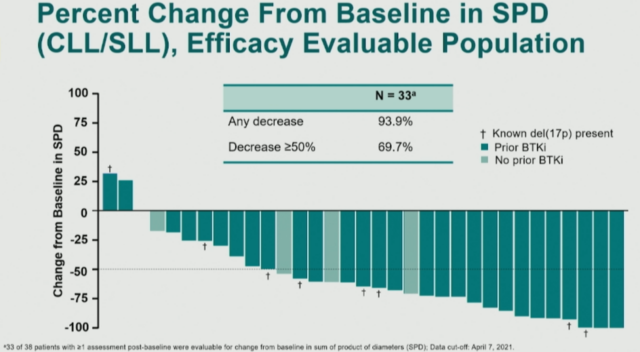 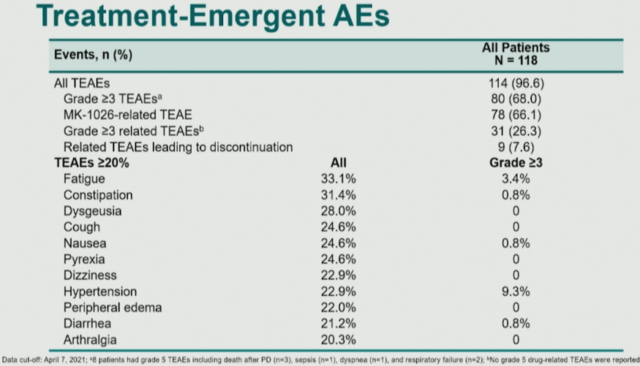