Nearly 8,000 newly diagnosed cases in a single day, the South Korean government has decided to suspend the “coexistence with the virus” model

According to Yonhap News Agency’s report on December 15, in view of the fact that the number of new confirmed cases reported on the 15th on the 14th was approaching 8,000, and the number of critical cases was close to 1,000, the South Korean government has decided to suspend the “coexistence with virus” model. Re-take high-intensity social distancing measures.

The head of the social strategy team of the South Korean Central Emergency Response Headquarters, Sun Young-rai, said at an online press conference on the 15th that the outbreak of the epidemic has been nearly two years, and people’s fatigue with social distancing measures has been accumulated.

There is speculation that the measures planned by the South Korean government may be an enhanced version of the previous highest-level anti-epidemic response measures.

Sun Young-rai said that the new anti-epidemic measures will aggravate people’s livelihood difficulties, and the South Korean government agreed that it is necessary to discuss the corresponding compensation and support plans. 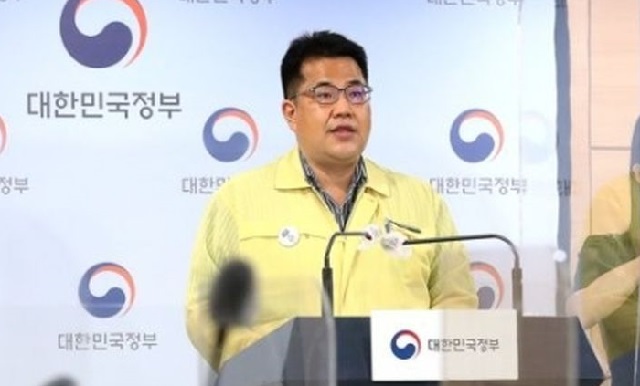 Previously, in order to curb the spread of the COVID-19 epidemic, the South Korean government has tightened the limit of private gatherings to 6 in the metropolitan area and 8 in other areas from the 6th, and implemented an epidemic prevention pass system in restaurants, cafes and other public gathering service business places.

Regarding the effect of the special epidemic prevention measures, Sun Young-rai said that the relevant measures have been implemented for 9 days, and it is still difficult to conclude that the measures have worked.

At a press conference on the 15th, Sun Young-rai said that in terms of the spread of the epidemic and the proportion of elderly cases, it has begun to show a trend of improvement, but there have been no meaningful changes such as the decrease in new cases.

According to news from the Office of the Prime Minister of South Korea on the 15th, South Korean Prime Minister Kim Phu-gum will preside over the meeting of the Central Disaster and Safety Countermeasures Headquarters on the 16th and announce plans to strengthen social distancing measures.

The new anti-epidemic measures introduced by the South Korean government may include tightening restrictions on private parties and operating hours of public facilities.

It is estimated that the upper limit of the number of private gatherings will be reduced from 6 to 4. Considering that the non-capital area is almost saturated with hospital beds, this measure may be implemented nationwide.

At the same time, the South Korean government is also considering reducing the business hours of public gathering service establishments such as restaurants and cafes open 24 hours to 21 o’clock or 22:00.

In addition, the South Korean government will also subdivide business premises based on the scope of application of the “Epidemic Prevention Pass” and apply different business hours restrictions. The enhanced measures are expected to be implemented from the 18th at the earliest for about two weeks.

It is reported that the meeting will be held one day earlier than the original schedule.

Some analysts believe that the meeting itself means that the South Korean government will stop losses in time, suspend measures to resume daily life, and further tighten epidemic prevention and control measures.

According to a report from the South Korean Central Anti-epidemic Countermeasures Headquarters on the 15th, as of 0:00 that day, South Korea had 7850 new confirmed cases of new coronavirus infection compared to 0:00 the previous day, setting a record high with a total of 536,495 confirmed cases .

With the increase in the amount of nucleic acid testing, the number of new cases in a single day increased sharply by 2,283 from the previous day.

Since the South Korean government relaxed its epidemic prevention measures on the 1st of last month, the number of newly confirmed cases in a single day has been hovering between 5,000 and 8,000, and the number of severely ill patients and deaths has increased significantly.

Among the new cases on that day, there were 7,828 community-infected cases and 22 imported cases from abroad.

There are currently 964 critically ill patients, with more than 900 cases in two consecutive days, which also set a record high.