South Africa: New cases surged 20 times in 2 weeks and over 70% infected with Omicron

South Africa: New cases surged 20 times in 2 weeks and over 70% infected with Omicron.

In South Africa, where the mutant strain of COVID-19 virus “Omicron strain” was first reported, 16,055 people were newly infected with COVID-19 on Dec.  3rd.

People waiting after vaccination (AP) at the vaccination site near Johannesburg, South Africa on the 3rd

In South Africa, it is already believed that more than 70% of infections are due to Omicron strains, which may be the cause of the surge.

Cases of “breakthrough infection”, which is transmitted after vaccination, have also been confirmed. 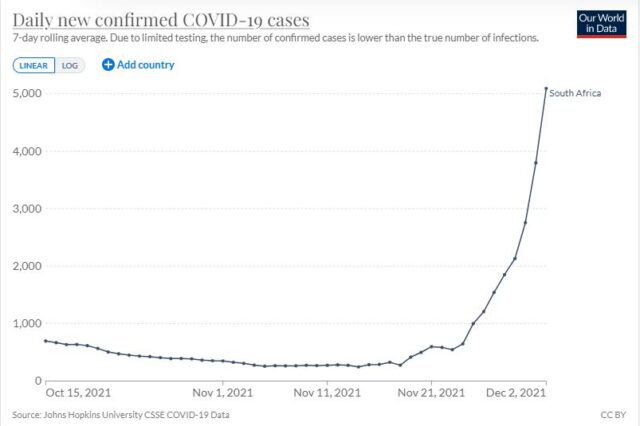 Meanwhile, South African President Cyril Ramaphosa said in a visit to Côte d’Ivoire on the 2nd that “travel restrictions by each country are regrettable, unjust and unscientific,” and appealed for withdrawal again.

In South Africa, there is a strong view that “only the Omicron strain that had already spread to the world was detected.”

WHO “Judgment is premature”

The World Health Organization (WHO) infectious disease expert said on the 3rd that “(judgment) is premature” about some information that Omicron strains are less likely to become severe.

“Regardless of the type of mutant strain, the COVID-19 begins with mild symptoms,” said Maria FANCL Khofe, an infectious disease expert at WHO. “If the number of infected people increases, the number of hospitalized patients will increase, which will lead to an increase in the number of deaths,” he said.

South Africa: New cases surged 20 times in 2 weeks and over 70% infected with Omicron