UK removed all restrictions on international traveling from March 18

UK removed all restrictions on international traveling from March 18.

The United Kingdom announced on the 14th that it will lift all entry restrictions on the COVID-19 from 4:00 a.m. on March 18.

At that time, all passengers entering the UK will no longer need to undergo an entry COVID-19 test or fill out a “passenger locator form”.

At present, all entry testing requirements have been cancelled for those who have been vaccinated by the COVID-19 virus, but they still need to fill in the “passenger locating form”. 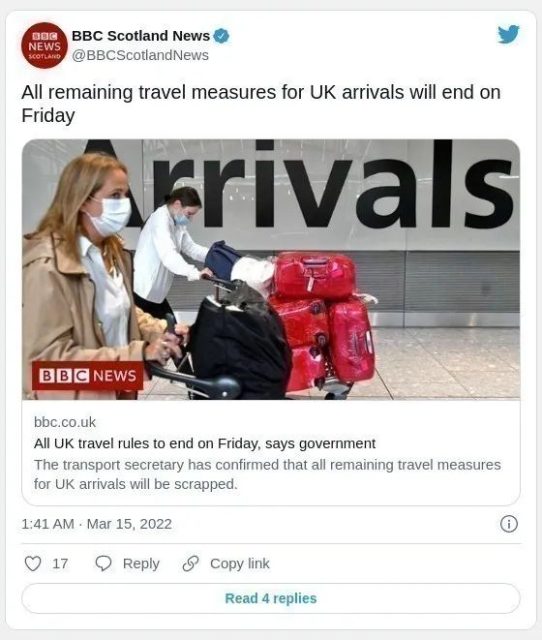 The new rules mean that all travellers entering the UK will no longer have to implement any of the restrictions imposed against the COVID-19.

The UK has just announced that passengers who are not fully vaccinated will no longer need to be tested for Covid before and after travelling to the UK.

finally! ! It means people will be able to “travel as before”.

The British aviation industry welcomed the decision, but many in the scientific community expressed concern, saying that the high number of epidemics, but the British government believes that it is safe enough, which is “disappointing”.

The UK is one of the countries hardest hit by the Covid-19 outbreak. 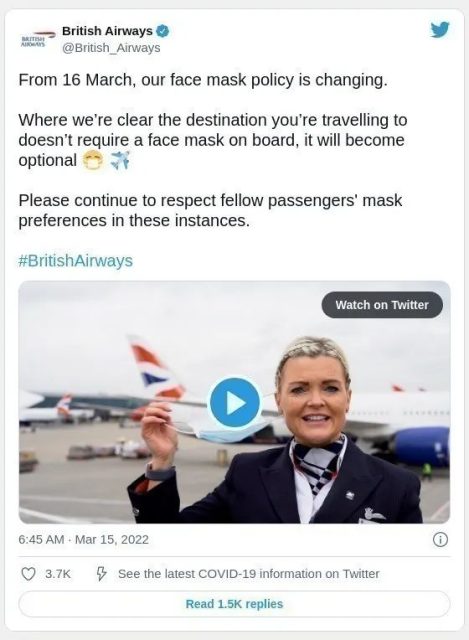 The World Health Organization’s Regional Office for Europe has previously warned that some European countries are worrying about “unblocking” prematurely, emphasizing that vaccination is still the best way to prevent severe illness and death.

The UK government has previously announced that it has legally lifted all existing coronavirus restrictions in England from February 24.

UK removed all restrictions on international traveling from March 18.