CDC warns against traveling to Canada: COVID-19 cases surged there!

The U.S. Centers for Disease Control and Prevention (CDC) on Monday advised Americans not to travel to Canada due to rising cases of COVID-19.

The U.S. lifted restrictions on fully vaccinated foreigners at its land borders with Canada and Mexico in November, ending historic restrictions on non-essential travelers that had been in place since March 2020 in response to the COVID-19 pandemic.

Canada remains one of the top overseas destinations for Americans. The Canadian government had no immediate comment on Monday. 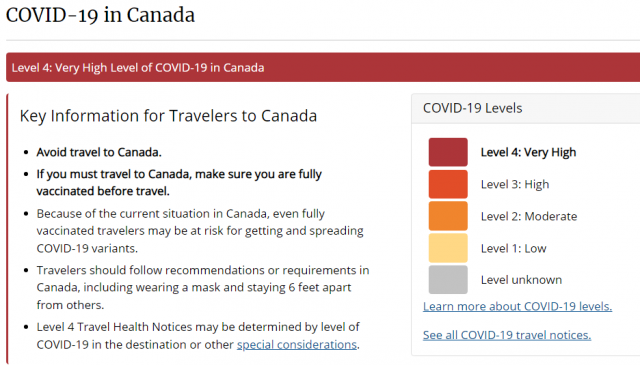 Last month, the Canadian government had already implored residents not to leave the country for non-essential travel.

Meanwhile, Canada recorded more COVID-19 cases in the first 40 days of the Omicron outbreak than in the entire first year of the pandemic, according to statistics.

Since the first Omicron case was detected in Canada on November 29, 2021, there have been 777,609 new confirmed cases. In contrast, since the first domestic patient appeared on January 25, 2020, it took more than 370 days to exceed this number.

The number of active cases has also more than quadrupled now compared to the peaks of the second and third waves last winter and spring. 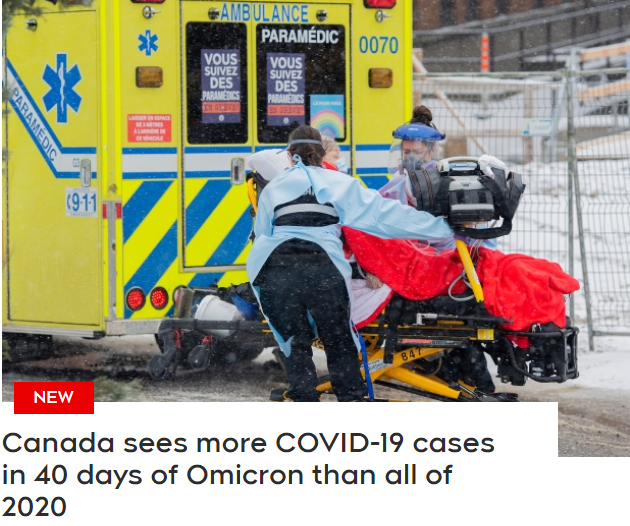 While the more contagious Omicron variant appears to be causing less severe disease than previous variants such as Delta, the number of infections is still driving up hospitalizations and intensive care admissions, stressing already fragile healthcare systems in many provinces and territories .

In Ontario, Quebec and New Brunswick, hospitalizations are near or at record highs.

It is now widely believed that the actual number of infections in the latest wave is much higher than the number of confirmed cases, due to the difficulties in ordering PCR tests during the holidays in some areas and the modification of testing eligibility after the New Year in provinces such as Ontario.

Wastewater data from around the country also suggests that the actual numbers are much higher.

Trudeau will hold a teleconference with provincial and territorial premiers today, which will be closed to the media, according to a schedule released by the Prime Minister’s Office. 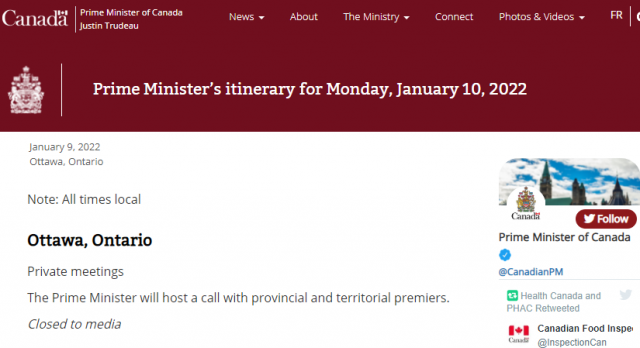 Canada’s parliament won’t resume regular sessions until the end of the month, but the opposition is pushing to convene two committees to study the federal government’s current COVID-19 response and use Canadians’ mobile phone data to inform public health measures.

The Conservatives’ call for an emergency meeting of the House of Commons health committee this week was backed by Bloc Quebecois and the NDP, with three opposition MPs jointly sending a letter to the chair of the committee, Liberal MP Sean Casey.

Lawmakers asked Health Secretary Jean-Yves Duclos and a series of senior health and procurement officials to discuss how to provide support to provinces facing shortages, guidance on how long to stay in isolation, vaccine boosters, rapid tests and COVID-19 treatments, and access to N95 masks and possible vaccines against variants.

Meanwhile, the Conservative Party of Canada and BQ have jointly signed a request for an emergency meeting of the House of Commons Access to Information, Privacy and Ethics Committee to investigate the Public Health Agency of Canada (PHAC) use of anonymous mobile data during the COVID-19 pandemic Case.

As previously reported, PHAC said the analysis of mobile location data is used to inform decision-making as well as the effectiveness of public health information and restrictions.

Throughout the pandemic, governments at all levels have been using cellphone mobile data for similar purposes. Early in the COVID-19 pandemic, Google said it would share location data on Canadian users with the government.

CDC warns against traveling to Canada: COVID-19 cases surged there!