Colorectal cancer (CRC) is one of the three most frequently diagnosed cancers in the world today and one of the leading causes of cancer-related morbidity and mortality.

Despite the continuous development of cancer therapy in recent years, there is still a lack of effective treatments for patients with advanced and metastatic bowel cancer, thus new drug-based therapies are urgently needed. 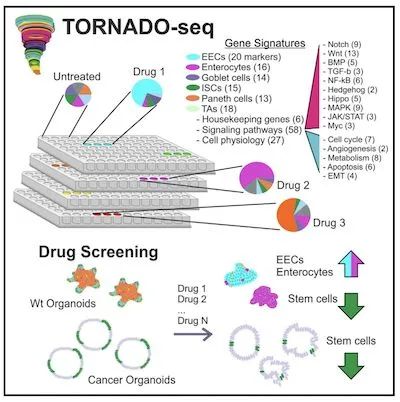 In a recent study, the team of Joerg Huelsken from the Swiss Bowel Cancer Institute developed an organoid-based high-throughput screening system “TORNADO-seq” for the identification of small molecules that can induce the differentiation of normal and cancer cells in the gut drug.

As a high-content technique, mRNA expression analysis offers many advantages over other methods, such as antibody- or reporter gene-based methods, such as precision, scalability, and sensitivity.

This method can not only discover drugs, but also further reveal the underlying biological mechanisms.

The high-content assay developed by the authors provides information on the frequency of all possible gut cell phenotypes, major signaling pathways, and general cell physiology by measuring gene expression profiles in organoids derived from healthy gut or cancerous gut Expression levels of 206 genes. 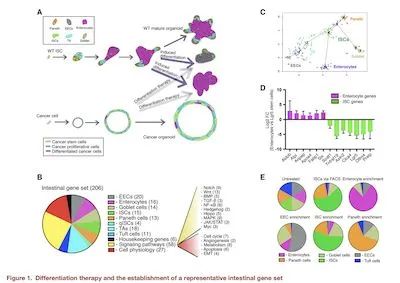 These marker genes were picked from publicly available databases (RNA-seq of gastrula cell suspensions and organoid cultures and single-cell RNA-seq).

Further, the authors screened for drug molecules that can promote cell differentiation in healthy intestinal organoids. The results showed that among the drugs with the highest hit rate were: 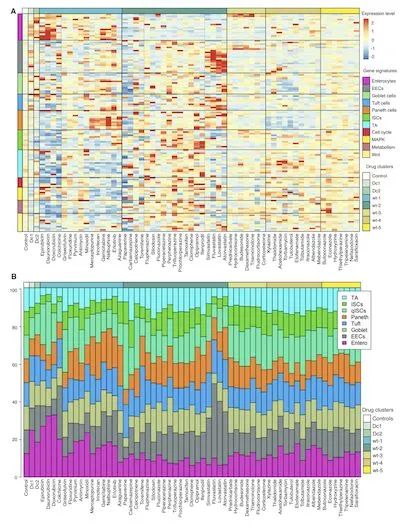 Figure 2. Effects of different drugs on the expression levels of genes related to cell differentiation in healthy intestinal organoids

The authors then compared the effects of different drugs on cell differentiation in healthy intestinal organoids versus cancerous ones.

This result suggests a necessary link between a drug’s effectiveness and its ability to affect cell differentiation.

In conclusion, the authors developed targeted organoid sequencing (TORNADO-seq) technology to monitor the expression of mainstream “gene markers” in high-throughput for detailed assessment of cellular phenotypes in organoids.

TORNADO-seq serves as a fast, robust, and inexpensive ($5 per sample) method to examine mixtures of cells and their differentiation status in the intestinal system. Using this approach, the authors identified drugs that promote the phenotype of differentiated cells and showed that these drugs have high efficacy against cancer.

In addition, TORNADO-seq provides insight into how these drugs work. This technique can be easily adapted to many other systems and allows a more systematic, large-scale and quantitative approach to study the biology of complex cellular systems.