Hypermutation, as the name suggests, is a type of mutation with a significantly higher frequency than normal mutation, and it usually occurs in the form of point mutation.

For example, this phenomenon is very common in cancer cells, and it is also a means of survival for them.

In the genetic process, some rare cases of neonatal hypermutation may also occur .

According to the latest “Nature” paper, researchers from the Sanger Institute and other institutions have found that 12 children have an abnormally high frequency of mutations in the genetic analysis of more than 20,000 families , which is about 2-7% of ordinary people.  Unexpectedly, most of these hypermutations may be related to increased mutations in the father’s sperm.

Mutations like this that occur in parental germ cells, especially during meiosis, and are passed on to the next generation are also called de novo mutations, that is , new mutations that the parents do not have .

When the genome is passed from parents to offspring, the replication error rate is actually very low, but it does not mean that there is no copying error.

Random mutations in sperm or eggs cannot be completely avoided, while de novo mutations are around 60-70.

This mutation usually does not affect the health of the child, but in rare cases it can still cause rare diseases.

One of the factors that affects the incidence of this de novo mutation is the age of the parents, with an additional 2 de novo mutations per year older for fathers and 0.5 for mothers .

But this was not enough to explain the several-fold higher mutation frequency in the 12 newborns.

Since the analysis data comes from more than 20,000 British families, the proportion of 12 children is not too high. Therefore, this condition is unlikely to be due to common factors such as parental smoking, environmental pollution, etc. 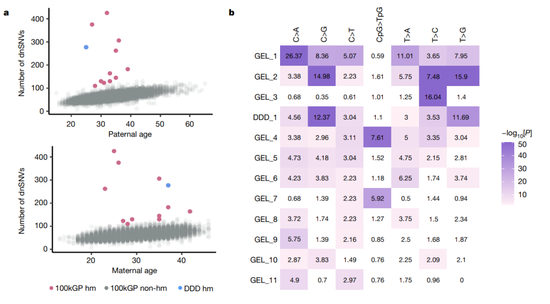 In a follow-up analysis, the researchers found that 8 children had de novo mutations from their fathers that were significantly higher than expected, suggesting that the sperm provided by their fathers clearly caused the hypermutation of the children , and these fathers may have shared characteristics or experiences. .

Most of these fathers had received chemotherapy before trying to conceive , three had platinum-based chemotherapy-related mutational patterns in their DNA, and two fathers had been treated with antitumor alkylating agents.

The fathers all had different types of cancer before they had children, and the chemotherapy drugs they received also damaged DNA in different ways .

Platinum-based chemotherapy drugs can destroy covalent modifications of DNA and affect base interactions.

Of course these errors can be repaired by nucleotide excision, but it is easy to cause single base mutations.

These somatic mutations may ultimately further increase the mutation rate of germ cells, leading to hypermutation in offspring.

Dr John Danesh of the University of Cambridge, UK, said: “Hypermutation in children is uncommon, but it can increase the risk of genetic disease.  The new findings have important implications for some medical decisions.” For example, fathers may be able to freeze sperm before undergoing chemotherapy. , to reduce the impact of treatment on children.

However, the study also pointed out that due to the small sample size, it appears that chemotherapy only affected the sperm of a very small number of men , and many parents who had children after chemotherapy did not develop hypermutations in their children.

Corresponding author of the study, Professor Matthew Hurles, said they needed to further determine whether there was a causal link between chemotherapy and sperm mutations, and to identify which chemotherapy was more likely to have such effects. This is of great significance for pregnancy guidance and the birth of countless healthy new lives. 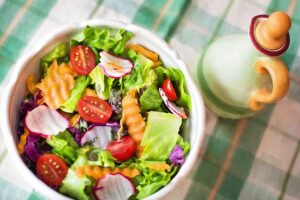