Reasonable and healthy eating habits are an important aspect of health care, which enables the body to grow and develop healthily.

Unhealthy eating habits can lead to the disorder of normal physiological functions of the human body and the infection of diseases.

A high-salt diet is clearly defined as an unhealthy lifestyle. Behind the delicious food, there are some hidden health risks.

Over time, it increases the risk of high blood pressure, liver disease, kidney disease and heart disease, and even tumors.

Heart failure refers to the failure of the systolic and diastolic functions of the heart to fully discharge the venous blood back to the heart, resulting in blood stasis in the venous system and insufficient blood perfusion in the arterial system, resulting in cardiac circulation disorders.

Recently, researchers from the University of Alberta in Canada published an article entitled ” Reduction of dietary sodium to less than 100 mmol in heart failure (SODIUM-HF) in the authoritative medical journal ” The Lancet “: an international, open-label, randomised, controlled trial ” research paper.

The results of the study were mixed. Reducing salt intake did not reduce the risk of emergency department visits, hospitalizations, or death in heart failure patients, but improved patients’ overall quality of life and symptoms .

For the study, researchers followed 806 heart failure patients at 26 medical centers in Canada, the United States, Colombia, Chile, Mexico and New Zealand. All participants were randomly assigned to a low-sodium diet and a regular group, where the low-sodium diet group received menu recommendations from a dietitian and was encouraged to cook at home and avoid high-salt ingredients.

Most dietary sodium is hidden in processed foods or restaurant meals, with lower levels found in home-cooked meals, the researchers said.

Before the study, all participants consumed an average of 2,217 milligrams of sodium per day. After a year, those in the low-sodium diet group had reduced to 1,658 mg per day, compared with an average of 2,072 mg per day in the regular group. 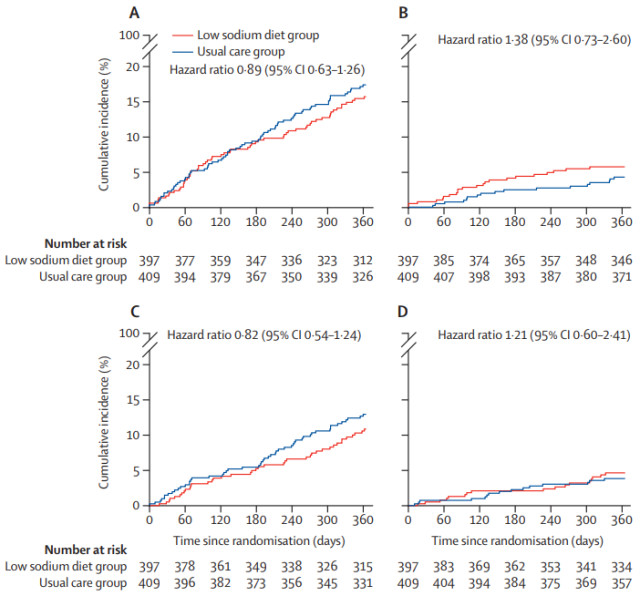 When the researchers further used three different quality-of-life assessment tools and an analysis of the extent of heart failure, the study found that patients in the low-sodium group continued to improve their health . 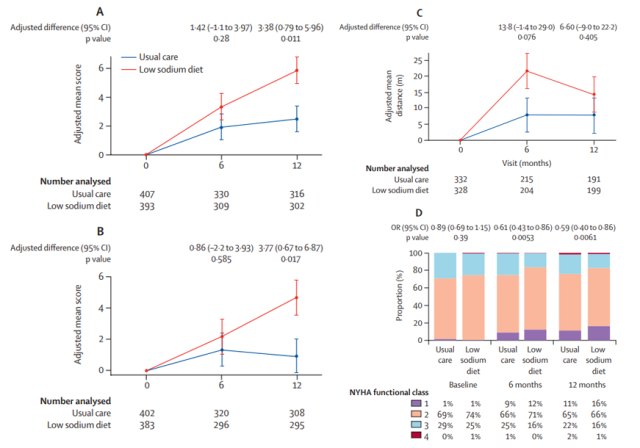 Heart failure patients will continue to be advised to reduce their salt intake, but the expected benefit is now clearer, the researchers said.

As a next step, the researchers will isolate a marker in the blood of the patients who benefit most from the low-sodium diet, follow the trial patients for 24 months and 5 years, and confirm whether further benefits can be obtained in the long-term. other benefits.