Researchers at Tufts University have created a new mRNA cancer vaccine designed to bring its molecule to the lymph nodes instead of the liver.

Tests in mice showed significant tumor suppression, and in a significant percentage of cases the cancer disappeared completely.

Living cells produce proteins according to the instructions they get from mRNA molecules in structures called ribosomes.

If the ribosomes could be given custom instructions, they could theoretically produce any protein needed — that’s the idea behind mRNA therapy, which produces antigens that “train” the immune system to recognize “invaders” such as viruses and mount an immune response.

The development of these therapies has accelerated considerably in recent years, largely due to the COVID-19 pandemic.

The breakthrough now opens up the possibility of mRNA therapy for a range of other diseases, including HIV, influenza, malaria, Lyme disease, herpes, shingles, and even repairing heart tissue after a heart attack.

Perhaps the most exciting target, however, is cancer. In this case, mRNA is less a preventive vaccine than a therapeutic vaccine, given to cancer patients to treat existing tumors and prevent recurrence or metastasis.

Trials have shown that the technology works well with other treatments such as immunotherapy. 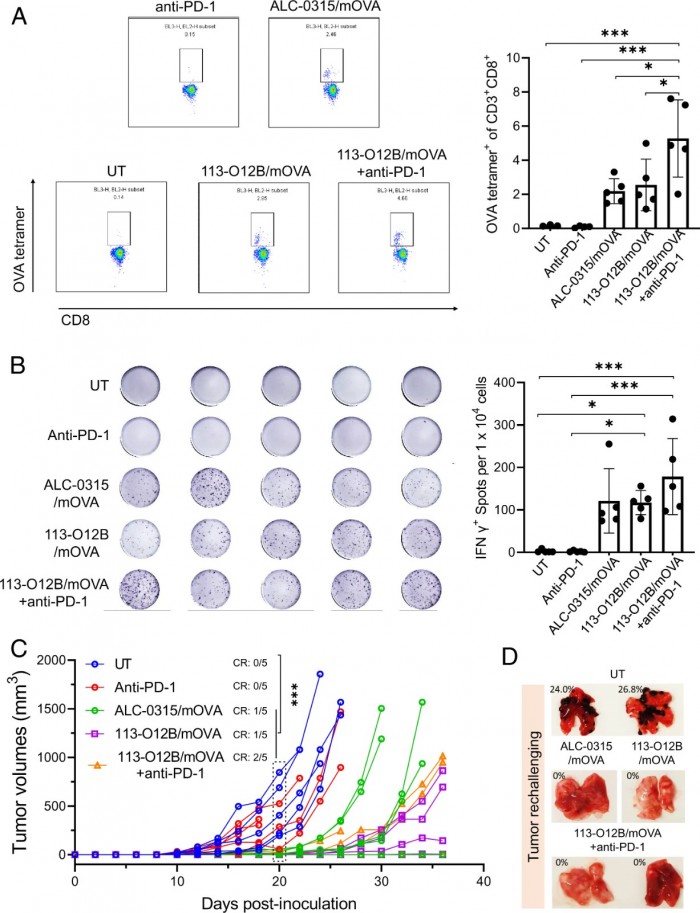 In the new study, researchers at Tufts University investigated ways to improve immune responses by changing where mRNA ends up in the body.

In most cases, the mRNA tends to end up in the liver, but a more effective immune response is generated if the molecule is sent to the lymphatic system, where immune cells are directly trained to recognize invaders, the team said.

To do this, the scientists tweaked the formulation of lipid nanoparticles that transport mRNA.

This causes different molecules from the blood to aggregate on the surface of the particles, which in turn bind to receptors in different organs.

After testing some combinations of properties, the team created lipid nanoparticles that favored delivery to lymph nodes in a three-to-one ratio.

There, the vaccine was taken up by about one-third of dendritic cells and macrophages. These key immune cells train B and T cells to target specific antigens, resulting in a stronger anticancer immune response.

In tests on mice with metastatic melanoma, the team found that when combined with another treatment called anti-PD-1 therapy, the therapy significantly suppressed the tumors.

Even better, 40 percent of cases experienced complete remissions, and the cancers didn’t come back — even if the scientists later injected them with metastatic tumor cells.

“Cancer vaccines have always been a challenge because tumor antigens don’t always seem as ‘unfamiliar’ as antigens on viruses and bacteria, and tumors can actively suppress immune responses,” said Jinjin Chen, an author of the study. “This cancer vaccine evokes stronger responses and is able to carry mRNAs for both large and small antigens. We hope that it can become not only a general platform for cancer vaccines, but also more effective vaccines against viruses and other pathogens.”

The breakthrough could add a new “weapon” to our growing arsenal of mRNA cancer treatments, some of which are already in human trials.

The study was published in the Proceedings of the National Academy of Sciences (PNAS).