WHO renames monkeypox virus to avoid negative impact on monkeys.

On  August 13th, the World Health Organization announced on Twitter that monkeypox (monkeypox) variants were named Clades I, IIa and IIb. 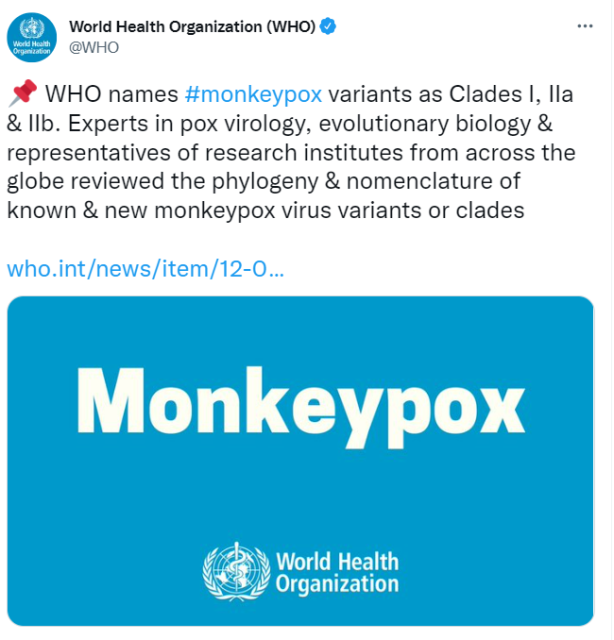 Source: from the World Health Organization

It added that it was the responsibility of the WHO to assign new names to existing diseases, according to the International Classification of Diseases.

WHO is holding public consultations on a new disease name for monkeypox.

When it comes to monkeypox virus, people always think of monkeys, and even think that this is the virus carried by monkeys, but this is too wrong for monkeys.

In fact, there is some evidence that the host of monkeypox virus may be native African rodents, such as Gambian giant rat and squirrel.

However, some netizens commented that they are more concerned with how to launch a vaccine rather than renaming it.