Three PD-1 Anti-cancer drugs listed in Chinese Healthcare System!. As a representative of immunotherapy, PD-1/PD-L1 inhibitors can activate the body’s own immune system to attack tumor cells. It has the advantages of broad-spectrum, relatively long-lasting curative effect, and fewer side effects than traditional chemotherapy. It has been highly sought after since its inception.

Immunotherapy is particularly suitable for non-solid tumors. Currently, it has shown excellent efficacy in solid tumors such as lung cancer, urothelial cancer, and kidney cancer. However, most of the annual treatment costs of PD-1/PD-L1 inhibitors are still more than 100,000 yuan. Due to their high costs, some patients are “daunted” and eventually miss the best time to use immunotherapy.

In view of the current increasing demand for immunotherapy by cancer patients, immunotherapy can be said to be the “top priority” of this medical insurance negotiation. After more than three months of negotiations, the National Medical Insurance Bureau held a press conference on December 28 to officially announce the results of the 2020 National Medical Insurance Drug Catalogue negotiations! Let us take a look at which three immunization drugs officially “debut” this time and enter the ranks of medical insurance.

Among them, three domestic PD-1, including Hengrui Medicine’s carrelizumab, BeiGene’s tislelizumab, and Junshi Biologics’ teriprizumab, were successfully included in medical insurance through negotiations.

After Carrelizumab is successfully included in medical insurance negotiations, the price of the drug may drop by more than 80%, and each only costs about 3,000 yuan! The four approved indications for Karelizumab (Hodgkin’s lymphoma, non-squamous non-small cell lung cancer, hepatocellular carcinoma, esophageal squamous cell carcinoma) are all included in the medical insurance.

Before understanding PD-1, we first need to know what tumor immunotherapy is.

However, cancer cells are cunning. In the biological evolution process of survival of the fittest, they have developed a strategy to avoid the “chase” of the immune system-producing a protein called PD-L1 on the cell surface.

PD-L1 binds to the PD-1 receptor on the T cell membrane to’turn off’ the T cell, which causes the immune system to paralyze. Of the two currently approved lung cancer immunotherapy drugs in the United States, one acts on PD-L1 and the other acts on PD-1 receptors, preventing cancer cells by inhibiting or blocking the binding of PD-L1 to PD-1 receptors ‘Turn off’ the T cell. After the treatment, the T cells are activated again to restore the functioning of the immune system, thus being able to fight cancer again. In addition, there are other kinds of drugs in clinical trials of lung cancer immunotherapy, which can achieve the purpose of treatment through other ways. 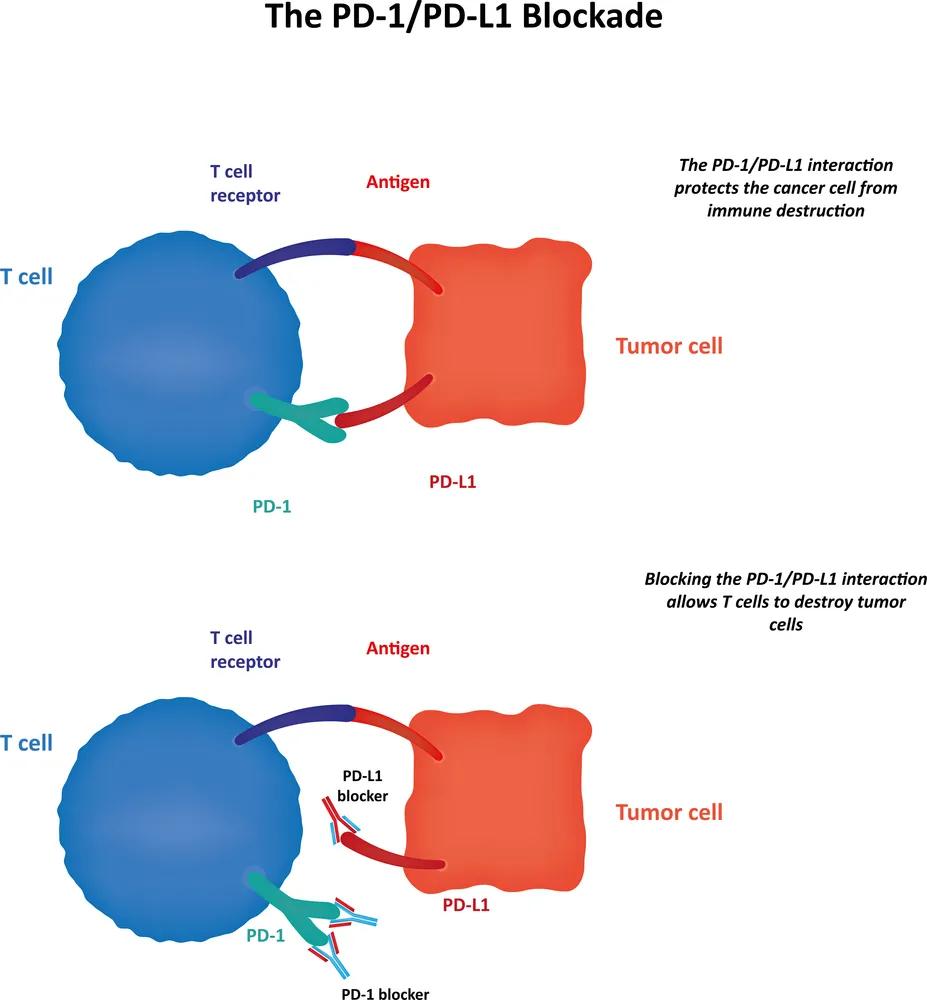 Mechanism of action of PD-1 drugs

Nowadays, related PD-1 drugs have been used clinically, and they have performed gratifyingly in the treatment of cancer. They can even significantly extend the lives of patients and reduce their pain in many advanced or even terminal cancers where traditional therapies have limited effects. pain.

02. PD-1 drugs that were successfully negotiated

As an innovative drug originally developed by some countries, carrelizumab has attracted industry attention since its inception, and has repeatedly appeared on the international stage and has been widely recognized in the oncology field at home and abroad. Four major indications have been approved:

Treatment of patients with relapsed or refractory classic Hodgkin’s lymphoma who have undergone at least second-line chemotherapy;

Previously received treatment for patients with locally advanced or metastatic esophageal squamous cell carcinoma who had disease progression or intolerability after first-line chemotherapy.

The approval of carrelizumab for lung cancer indications is based on the CameL study-carrelizumab combined with carboplatin + pemetrexed for the first-line treatment of advanced/metastatic EGFR-/ALK-non-squamous non-small cell lung cancer The randomized, open, multi-center phase III clinical pivotal study.

Treatment of relapsed or refractory classic Hodgkin’s lymphoma after at least second-line chemotherapy;

The failure of platinum-containing chemotherapy with high PD-L1 expression includes the treatment of locally advanced or metastatic urothelial cancer that has progressed within 12 months of neoadjuvant or adjuvant chemotherapy.

In addition to the above-mentioned declared or approved indications, the drug’s ongoing Phase 3 clinical studies for cancer types include: hepatocellular carcinoma, extensive-stage small cell lung cancer, esophageal squamous cell carcinoma, gastric cancer, nasopharyngeal carcinoma, etc. . Therefore, the fifth listing application for tislelizumab injection was submitted at CDE, and the indication may be one of the above five cancers that have advanced to the late clinical stage.

Previous studies have shown that in the treatment of patients with relapsed/refractory classic Hodgkin’s lymphoma with tislelizumab, patients who achieve CR are expected to have a longer duration of remission than those who achieve partial remission (PR). And progression-free survival time, suggesting that deeper remission may bring better long-term prognosis and survival benefits for patients with relapsed/refractory classic Hodgkin’s lymphoma. 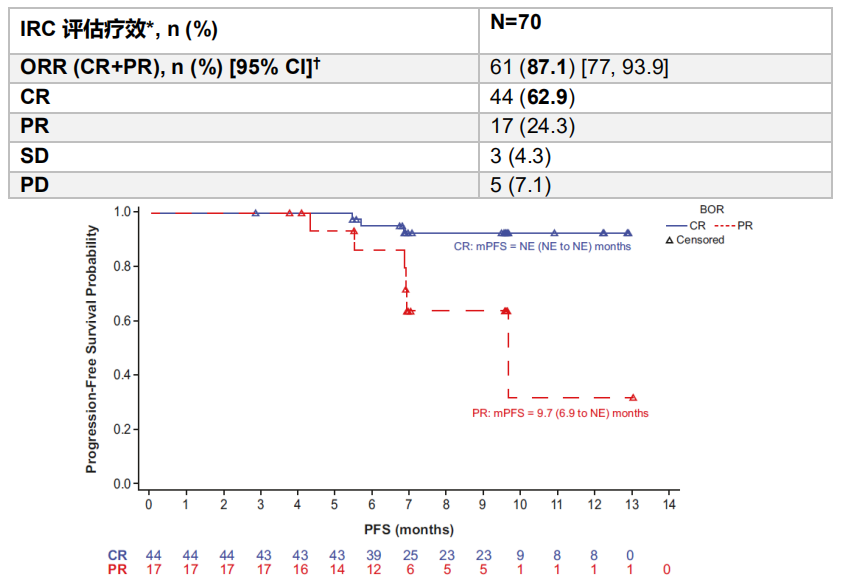 Teriplizumab is the first domestically-produced PD-1 inhibitor independently developed and approved for marketing in China. Based on its good efficacy and safety, the drug was approved by the National Medical Products Administration (NMPA) on December 17, 2018. ) Approved for marketing for the treatment of locally advanced or metastatic melanoma that has previously failed standard treatment.

In addition, clinical trials of teriprizumab in various solid tumors such as nasopharyngeal carcinoma (NPC), urothelial carcinoma (UC) and non-small cell lung cancer (NSCLC) have also been carried out and achieved gratifying results.

For patients with advanced or relapsed NSCLC with EGFR-sensitive mutations who have failed EGFR-TKI treatment, the application of teriprizumab combined with carboplatin and pemetrexed has good anti-tumor efficacy and controllable safety. This treatment plan is expected Become a new standard treatment option for NSCLC patients after EGFR mutation-positive and EGFR-TKI treatment fails.

Speaking of domestic drugs, many people’s first impression is still in chemical generics, but in fact, in the higher-end biological drug field, local companies have already achieved corner overtaking.

Nowadays, the domestic PD-1 has begun to enter the era of rivalry. According to incomplete statistics, there are more than 20 domestic companies participating in the research and development of PD-1, which are in different clinical stages. It is expected that more PD-1 monoclonal antibodies will be born in the next two or three years.

During the medical insurance negotiations, foreign capital was wiped out, and domestically-made innovative drugs came to the fore. It is foreseeable that the domestic PD-(L)1 market competition will become fiercer next year, and domestic and imported varieties may also take completely different paths. , Many parties will fight in the medical insurance market and the self-pay market.