“Natural Medicine” defines 6 pre-diabetes subtypes. The incidence of diabetes in countries around the world can be said to be higher every year. It is known that the development of diabetes is divided into three stages. The first stage is called “high-risk population”, which mainly refers to the age greater than 45 years old, family history of diabetes, high blood pressure, year-round lack of exercise, and abnormal blood sugar and blood lipids, etc.; This stage is called “pre-diabetes (also called prediabetes)”, and the third stage becomes a real diabetic.

The stage where blood sugar is abnormal but has not yet reached the diagnostic criteria for diabetes is the second stage that we mainly discuss today, namely pre-diabetes.

The state of dyslipidemia indicates that the risk of developing type 2 diabetes is further increased. However, the current clinical definition of prediabetes does not reflect differences in pathophysiology, nor can it predict future metabolic trajectories. In other words, it is unpredictable whether patients with prediabetes will develop type 2 diabetes.

In a study published in Nature Medicine recently, an international research team led by the University of Tübingen and the German Diabetes Center (DZD) identified 6 different pre-diabetes based on a 25-year study data Subtype. These 6 subtypes have different risk levels when developing into type 2 diabetes, which will help clinicians formulate corresponding treatment plans and control pre-diabetes and other problems that follow. 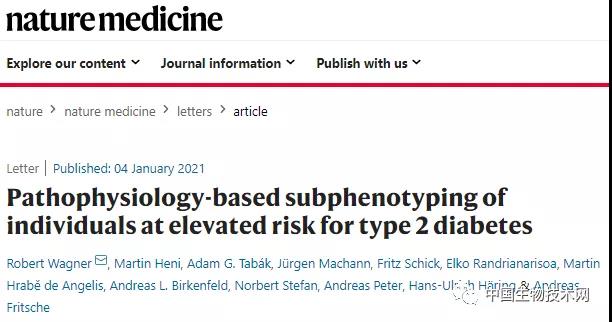 This proof-of-concept study shows that pathophysiological heterogeneity exists before the diagnosis of type 2 diabetes, and emphasizes the possibility that some patients with prediabetes may increase the risk of complications without rapidly developing overt type 2 diabetes.

In this 25-year study of data and an analysis of 899 individuals, the researchers identified the 6 subtypes through a series of common biomarker pairs. These markers include blood sugar levels, liver fat, body fat distribution, blood lipid levels, and genetic risk. 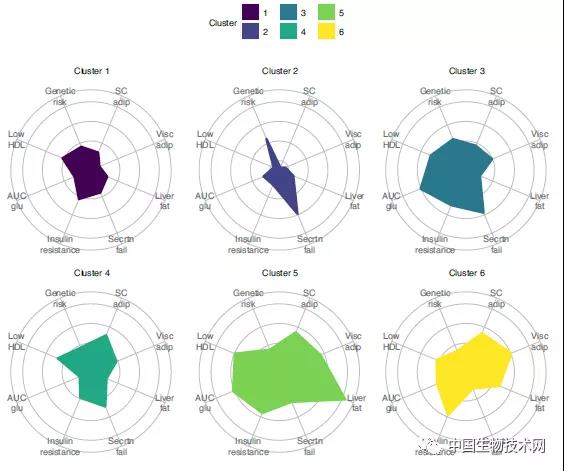 The corresponding author of the study, Professor Hans-Ulrich Häring of the University of Tübingen School of Medicine and DZD said: “For patients with prediabetes, it has not been possible to predict whether they will eventually develop diabetes and face serious complications (such as kidney Failure) risk, or just a slight increase in a harmless blood sugar level.”

Among the six pre-diabetic subtypes identified, types 1, 2, and 4 represent a lower risk of diabetes: patients of this type have normal weight or are overweight but relatively healthy in metabolism; patients with types 3, 5, and 6 face higher Risk of diabetes and complications.

Among them, type 3 patients naturally produce too little insulin, and they also show other biomarker abnormalities, such as increased arterial intima-media thickness (IMT); type 5 patients include people with increased insulin resistance and higher liver fat content ; Type 6 patients have higher levels of specific types of body fat (visceral fat and renal sinus fat). Compared with type 3 and type 5 patients, type 6 patients have a lower risk of diabetes, but a higher mortality rate and a higher risk of kidney dysfunction.

Robert Wagner, the first author of the study and a diabetics at DZD, said: “Like overt diabetes, there are different types of prediabetes. They are in blood sugar level, insulin action and insulin secretion, body fat distribution, liver fat and genetic risk There are differences in all aspects.” 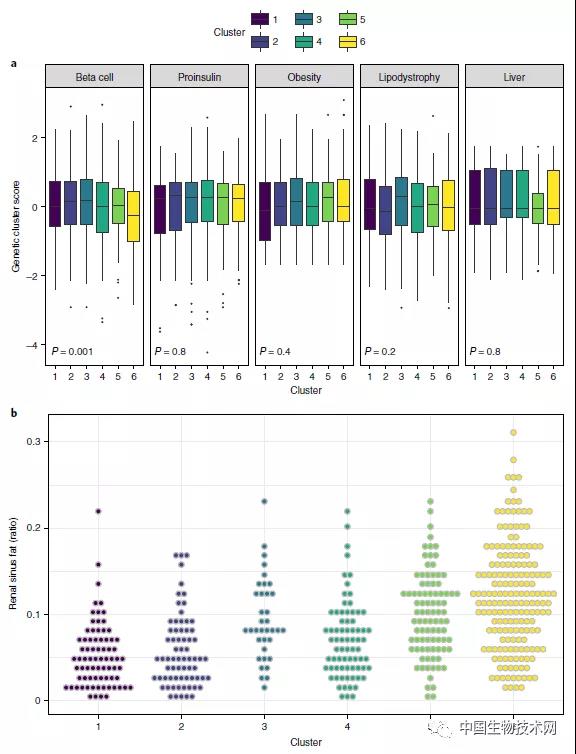 To further verify the findings, the researchers compared their data with 6,810 records collected in another study in the UK. By using similar markers and methods, the researchers also found the same subtype in these records.

Researchers say that understanding their differences in the likelihood of diabetes and complications can make a big difference compared to classifying each patient as the same type. Specific treatment methods can be adopted for specific risk groups.

DZD diabetes expert Andreas Fritsche said: “Next, in a prospective study, we will first try to determine the extent to which these subtypes are suitable for dividing individuals into specific risk groups.”

The number of people suffering from diabetes is increasing. By 2045, there may be as many as 700 million type 2 diabetes patients in the world, and this disease is causing millions of deaths every year, so we must act as soon as possible.