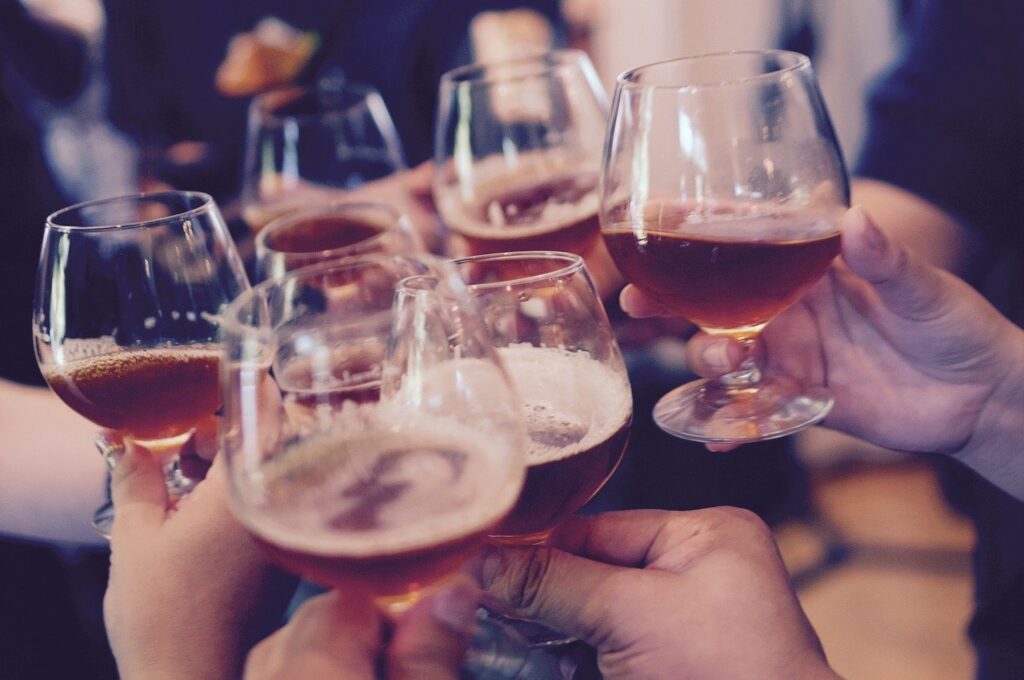 [Article on the website of “Medical Express” in the UK on January 12, 2021] Title: Different behaviors reduce the death and health risks of frequent drinkers.

A large study of British adults who drink regularly found that different drinking patterns (including drinking, eating and drinking, and allocation of alcohol intake to more than 3 to 4 days) may reduce alcohol-related adverse health conditions (such as death) risks of.

A recent study published by the University of Glasgow in “BMC Medicine” showed that after adjusting for overall alcohol consumption, compared with people who often drink red wine and white wine, people who often drink spirits and beer/cider died and suffered severely after the adjustment. The risk of cardiovascular events, liver cirrhosis, and accident/self-harm is higher.

When the average alcohol consumption is similar, drinking on an empty stomach is 10% higher than the adjusted relative mortality and cardiovascular disease risk of drinking while eating.

Drinking alcohol is one of the main risk factors for death. People who drink alcohol are at higher risk of cancer, major cardiovascular events and injuries. The current guidelines are limited to the daily and weekly average drinking recommendations, and lack recommendations for drinking patterns and types.

Dr. Bhautesh Jani, senior clinical lecturer in general practice at the University’s Institute of Health and Welfare, said: “More research is needed to understand the relationship between different drinking patterns and health risks among people who drink regularly. The impact may also allow health professionals to provide patients with personalized advice on various ways to reduce the harm of drinking.

During the research process, less than half of people reported that their alcohol consumption reached the recommended amount of low-risk drinking, so we first advocated that regular drinkers follow the government’s guidelines and recommendations. The way to further reduce the health risks associated with alcohol intake may be to allocate alcohol intake to 3 to 4 days, avoid increasing total intake, and consider using wine or white wine as an alternative, as far as possible with meals. “