Does epilepsy really cause mental retardation? 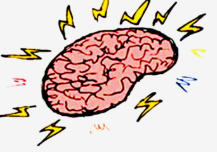 Epilepsy, commonly known as “saw horn wind”, is a common neurological syndrome with complex etiology and repeated attacks. Will frequent attacks cause mental decline? What is the degree of impact? This has always been a concern of patients and their families, especially for children, parents are even more worried.

1. Will epilepsy cause a decline in intelligence? What is the degree of impact?

Epilepsy is a recurrent neurological disease. It is a paroxysmal disease caused by brain lesions. Each seizure will more or less damage the brain nerve function, and the cerebral cortex neurons will suffer irreparable loss, while the cerebral cortex The health of the cells directly affects the quality of intelligence. Severe and frequent seizures can lead to overall decline in brain function, manifested as a decline in memory, comprehension, and concentration. For infants and young children, it can be manifested as growth slowdown, poor speech ability, and irritability. The longer the disease course, the seizures. The more the frequency, the greater the damage to the brain, but not all epilepsy will have mental decline.

Clinical studies have proved that in some patients with secondary epilepsy, the primary disease of the brain itself can affect intelligence, and secondary epilepsy occurs due to specific brain diseases, such as encephalitis, birth injury, or congenital genetic diseases , Almost all can affect the intellectual development; and the cause of primary epilepsy cannot be found, only 1/3 of patients may have intellectual disability.

2. Why does epilepsy cause a decline in intelligence?

The causes of patients’ intelligence and memory decline are related to the cause of epilepsy, type of epilepsy, age of onset, frequency of seizures and course of disease, and anti-epileptic drugs.

The disease itself: epilepsy causes brain damage and disorder of brain function, which affects people’s memory and thinking, lacks concentration, declines in thinking and calculation ability, and declines in intelligence and memory.

Seizure frequency: It has been observed that 67.5% of patients with more than one seizure per day have mental retardation, 54.1% have 1-20 seizures per month, and only 28.4% have 0-11 seizures per year.

Medication: Current research shows that part of the clinically low mental retardation of patients with epilepsy is caused by anti-epileptic drugs, especially the excessive use of some drugs or unreasonable combination medications.

Psychological factors: Patients with epilepsy often have mental disorders, such as anxiety, depression, and thinking disorders. These factors can affect cognitive function.

Social factors: Social prejudice and discrimination can aggravate the cognitive impairment of patients with epilepsy.

3. How to reduce the mental damage caused by epilepsy?

Therefore, to reduce the mental damage caused by epilepsy is to control the number of seizures first, and secondly, to improve the patient’s psychology and rationally choose medication:

In this regard, we must pay attention to the change of seasons, pay attention to cold and warm, to avoid the body not adapting to the temperature difference and cause epilepsy. Pay attention to light diet, do not eat spicy food, replace snacks with fruits, avoid bumps, prevent trauma, and prevent high fever from causing intracranial infections and other diseases.

2. A healthy mind and a healthy psychological environment are also beneficial to diseases. Some patients’ hearts are more fragile than normal people. The negative emotions of family members plus the patient’s own emotions will cause a great psychological burden on patients.

Epilepsy is not an incurable disease. As long as the patient is able to recover through scientific and systematic treatment, patients and their families must be confident, care about patients, and actively guide patients to treat epilepsy correctly and learn to live in harmony with the disease.

3. Choose medications reasonably and choose medications that are suitable for the patient. Be careful not to increase medication or add multiple medications because of the eagerness for success. Anti-epileptic medications will interact with each other, if not under the guidance of a doctor , Do not use medicine randomly.

In addition, for some health care products that improve intelligence, you should ask your doctor before taking it. Otherwise, unreasonable medication may aggravate your intelligence problems.

Early detection and early treatment of any disease is the key to treatment, and epilepsy is no exception. The closer a standardized and effective treatment is to the first attack, the less likely it is that intelligence will be damaged.

If possible, an EEG examination should be performed. People with normal EEG are mostly unaffected in their intellectual development, while people with abnormal EEG are more likely to be mentally impaired, and the possibility of intellectual impairment is directly related to EEG. The severity of the graph abnormality is related.