The earlier the treatment of epilepsy in children reduces brain damage

The earlier the treatment of epilepsy in children reduces brain damage. These abnormalities may be epilepsy, and parents should recognize them! 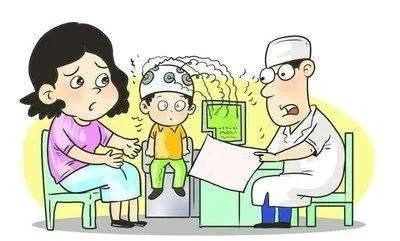 There may be some parents who are worried that it will affect the growth and development of their children, but no treatment will have a greater impact on their children.

Early symptoms of epilepsy may appear in the early stages of childhood epilepsy. However, due to the lack of basic epilepsy knowledge, most patients and their families cannot take the initiative to treat them in time, which directly leads to miss the best treatment opportunity and the epilepsy condition further deteriorates.

However, the prerequisite for timely treatment is that we have to detect symptoms early, understand epilepsy through the difference of seizures, and then take targeted treatment, which has a great effect on the rehabilitation of pediatric epilepsy patients. Then the symptoms of pediatric epileptic seizures What are the performances?

The clinical manifestations of epileptic seizures are rich and diverse, but they all have common characteristics:

1. Paroxysmal: that is, the symptoms occur suddenly and recover quickly after a period of time, and the intermittent period is normal;

2. Transient: When the attack occurs, the duration is very short, usually several seconds or minutes, rarely more than half an hour;

3. Repeatability: after the first attack, after different intervals, there will be a second or more attacks;

4. Stereotype: Refers to the clinical manifestations of each episode are almost the same.

The most common types of epileptic seizures in children, including 2 types of partial seizures and generalized seizures

localized seizures, unconscious disturbances, short duration of seizures, generally no more than 1 minute, and can be divided into the following four types:

Partial motor seizures: Involuntary twitching occurs in a certain part of the body, which is more common in one eyelid, corner of mouth, fingers or toes, and can also spread to one face or limbs. The lesions are mostly in and near the central anterior gyrus.

Partial sensory seizures: often manifested as numbness and acupuncture sensation on one side of the limbs, mostly in the corners of the mouth, fingers, toes and other parts.

also known as psychomotor seizures, which account for more than 50% of adult epileptic seizures. The discharge spreads from local to bilateral brains. During the seizures, there is no response to external stimuli, and there is a disturbance of consciousness, with psychiatric symptoms and automatic Symptoms are characteristic.

Consciousness disorder: mostly confusion, loss of consciousness is rare, and the performance is similar to absence. Adult “absence” is almost without exception a complex partial seizure, but in children, attention should be paid to distinguish it from absence seizures.

Consciousness and automatism: unconscious activities with a certain degree of coordination and adaptability that occur during or after a seizure in a state of confusion. Automatism occurs on the basis of disturbance of consciousness, accompanied by forgetting. Automatism can be manifested as repeated smacking, pouting, chewing and licking tongue, teeth, or swallowing; or repeatedly rubbing hands and brushing face, constantly dressing, undressing, unbuttoning, and groping for clothes; it can also be manifested as wandering, running without The purpose of opening doors, closing doors, riding in a car, boarding a boat; self-talking, yelling, singing, or mechanical repeating of the original actions may also occur.

For generalized seizures, the initial symptomology and EEG suggest that the seizure originates from both sides of the brain, and there is loss of consciousness in the early stages of the seizure.

Clonic period: The contraction and relaxation of different muscle groups alternately occur, extending from the extremities to the whole body. The frequency of clonus gradually slowed down, the relaxation period gradually extended, and the seizure stopped after a severe clonus and entered the later stage of the seizure.

Late stage of attack: the jaw is closed, and incontinence may occur. Breathing, blood pressure and pupils gradually became normal, and consciousness gradually became clear. After being awake, the patient often feels headache, dizziness and fatigue, and cannot recall the convulsive process.

Typical absence seizure: The patient temporarily loses consciousness during the seizure, stops the ongoing activities, does not respond, and stares at the same time. The seizures range from several to hundreds of times a day.

Atypical absence seizures: The initiation and termination are slower than typical absences. In addition to loss of consciousness, it is often accompanied by decreased muscle tone and occasionally myoclonus.

It is more common in children with diffuse brain damage, manifested as tonic contraction of skeletal muscles throughout the body.

Occurs mostly in infants and young children, and is characterized by repetitive clonic tics with loss of consciousness.

Commonly seen in patients with idiopathic epilepsy with good prognosis, it is characterized by rapid, short-term, electric shock-like muscle contractions.

It is caused by loss of postural tone, a sudden decrease in muscle tone that leads to a drooping neck, mouth opening, sagging limbs, and falls.

Finally, Remind everyone that once the diagnosis is confirmed and treated early, the smaller the brain damage, the better the prognosis. There may be some parents who are worried that it will affect the growth and development of their children, but no treatment will have a greater impact on their children.