“Gradual freezing syndrome” is listed as one of the five terminal diseases by the World Health Organization. The cause of the disease is still unknown. Genetics, genetic defects, and environmental factors may all cause motor neuron damage.

Unfortunately, there is still no cure for “gradual freezing”. 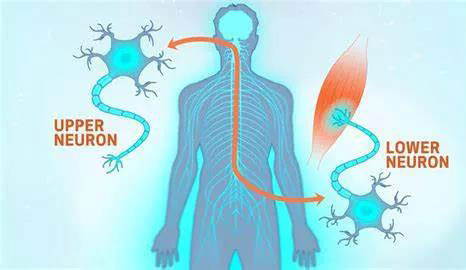 In this process, the human body seems to be gradually “frozen”, but the consciousness is very clear, watching oneself die, so it is also regarded as “a disease more cruel than cancer.”

Although two drugs, Riluzole and Edaravone, have been approved for “gradual freezing syndrome”, they still focus on symptomatic treatment and cannot be cured.

Moreover, so far, there are no drugs or treatments for the brain nerves of ALS patients, and no drugs for HSP and PLS patients.

Recently, a study published in “Clinical and Translational Medicine” showed that scientists have identified a compound called NU-9, which can not only reduce the misfolding of proteins in key cell lines, but also pass through the blood. Brain barrier.

Proteins fold their functions in a unique way, and when they are folded incorrectly, they become toxic to neurons. Sometimes proteins will accumulate in cells like TDP-43 protein pathology and cause pathology.

This condition occurs in the brains of 90% of ALS patients and is one of the most common problems of neurodegeneration.

After 60 days of treatment, the motor neurons in the experimental group of mice became intact, their cell bodies were larger, and there were no perforations in the dendrites, until the diseased neurons returned to levels similar to healthy neurons.

The researchers said: “The NU-9 compound solves two important factors that cause upper motor neurons to develop disease in ALS: protein misfolding and protein aggregation within the cell, which improves the health of brain neurons. But at the beginning of phase 1. Before clinical trials, more detailed toxicology and pharmacokinetic studies need to be completed.”

However, the brilliant performance of this potential novelty in preclinical trials has given us hope for early treatment of patients with “gradual freezing”.