Science: New Ideas for Alzheimer’s Disease Treatment.   Recently, the beta-amyloid antibody aducanumab developed by Biogen has been criticized by the FDA committee again. This is another “strike” after the opposition to the drug in November 2020. This There has been a cloud of confusion over whether Adukaanizumab can be marketed. 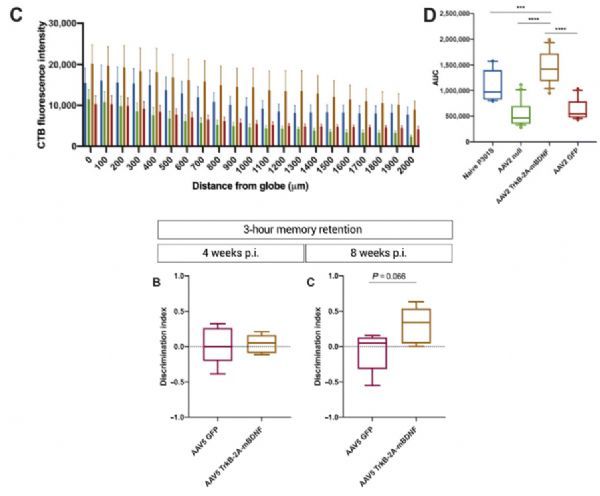 Regarding the pathogenesis of Alzheimer’s disease, the industry generally agrees that β-amyloid and tau protein in the brain are related to the occurrence of the disease. Abnormal levels of β-amyloid protein can form plaques between neurons in the brain, disrupting cell function, and the accumulation of tau protein in neurons can form neurofibrillary tangles, which block the transmission system of neurons.

However, the reasons for the accumulation of these proteins and their relationship with each other are still unclear. Although most therapies are adjusted to reduce the accumulation of abnormal proteins, they have basically failed, and some drugs used to prevent brain damage in patients have hardly any practical benefits.

In addition to using traditional small molecule and antibody therapies to target harmful proteins, researchers have also turned to try to treat Alzheimer’s disease from the transcription level or the gene level.

In the first study, researchers from the Massachusetts Institute of Neurodegenerative Diseases and Sangamo Therapeutics used zinc finger protein transcription factor (ZFP-TF) to reduce the expression of the tau gene MAPT at the transcription level, saving Al Neuronal damage around amyloid plaques in a mouse model of Zheimer’s disease.

The structure of ZFP-TF is shown in the figure below. ZFP-TF can target specific DNA sequences, and fusion with TF can inhibit target gene transcription.

Using the AAV vector, after a single administration or intravenous injection in the hippocampus of mice, the drug selectively reduced tau mRNA and protein by 50% to 80%, and the tau protein continued to decrease, and no off-target effects were found.

Previously, antisense oligonucleotide (ASO) therapy combined with tau mRNA to prevent protein translation or intravenous injection of anti-tau antibody can silence the expression of tau protein, but both methods require long-term administration to patients and are widespread The ability of gene silencing is limited. The highly specific, persistent, and controllable silencing of endogenous tau genes achieved by ZFP-TF in mice shows the promise of this tool to treat human tau-related diseases.

The second study came from a research team at the University of Cambridge. The researchers did not follow the classic hypothesis for drug development, but repaired damaged neurons by promoting axons to secrete therapeutic proteins.

BNDF and TrkB work together to promote the transmission of axons, help mitochondria, lipids, proteins and other key elements move between neuronal cells, allowing nerve cells to communicate with other nerve cells and muscles.

Compared with individual receptors or ligands, the combined use of BDNF and TrkB replacement therapy showed higher efficacy. In a mouse model of Alzheimer’s disease, this gene therapy increased axonal transport in the brain, and it was also found through maze experiments that this therapy improved the short-term memory of the mice.

Gene therapy was difficult to apply in Alzheimer’s disease before, mainly because this type of disease is caused by multi-gene abnormalities, and only regulating the expression of one gene at a time often fails to achieve significant therapeutic effects. And this study shows that targeting intrinsic neuronal mechanisms to improve neuronal repair is a promising therapeutic strategy.