Recently, researchers at the University of California, San Diego (UCSD) launched a Phase 1 trial of AAV gene therapy for early Alzheimer’s disease (AD) and mild cognitive impairment to evaluate brain-derived neurotrophic factor ( BDNF) the safety and effectiveness of delivery to the patient’s brain.

Alzheimer’s disease (AD) is one of the most common neurodegenerative diseases with a huge socioeconomic burden.

It is clinically manifested as memory and cognitive dysfunction, language and behavioral abilities, and the patient shows Severe amnesia and reduced motor function eventually lead to death. However, there are not many effective therapies for AD.

Compared with drug therapy, gene therapy provides new treatment ideas. At present, a variety of gene therapies have been approved globally to treat different diseases, and the research team hopes to also translate this progress into the AD field. 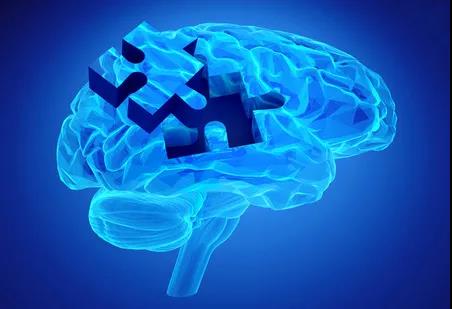 BDNF is a large protein, so it is difficult to cross the blood-brain barrier. BDNF is produced in the entorhinal cortex of the human brain and is involved in memory formation, but the content of this protein in Alzheimer’s patients is lower than normal.

The UCSD research team used an improved adeno-associated virus vector (AAV2), a non-pathogenic virus commonly used in other types of gene therapy, to transport proteins to target areas of the brain by direct injection.

Precision is important for this therapy because if healthy brain tissue is exposed to the protein, freely circulating BDNF can cause seizures.

The clinical trial initiated this time lasts for 3 years.

It is planned to recruit 24 patients diagnosed with AD or MCI, 12 of whom will receive AAV2-BDNF treatment, and the other 12 will serve as controls.

Dr. Mark Tuszynski, UCSD neuroscience professor and lead investigator of this study, said: “We have found that delivering BDNF to the parts of the brain that are first affected by Alzheimer’s disease can reverse the loss of prominent connections and protect cells from persistent Cell degeneration. We have seen these benefits in rats, monkeys and amyloid mice.”

According to the UCSD press release, this is the first safety and effectiveness assessment of AAV2-BDNF in humans.

As early as 2001, Professor Tuszynski’s team initiated another early clinical trial of gene therapy for the treatment of AD, delivering nerve growth factor (NGF) through AAV2, and observed that gene therapy promotes the growth of functional cells in the brain of AD patients.

This clinical trial of AAV2-BDNF gene therapy is “an improvement” on this basis. Professor Tuszynski said, “BDNF is a more effective growth factor than NGF for the degeneration of neural pathways in AD patients.

In addition, a new method of delivering BDNF It will be more effectively delivered and distributed to the entorhinal cortex and hippocampus.”

“Unlike other AD therapies currently under development, BDNF gene therapy has the potential to rebuild brain circuits, slow cell loss, and stimulate cell function. We look forward to observing the impact of this new study on AD and MCI patients.” Professor Tuszynski is full of this. look forward to.