The FDA’s approval caused fierce controversy, including excitement, surprise, and many disappointments.

On June 14, 2021, Axon Neuroscience published a clinical trial report titled ADAMANT: a placebo-controlled randomized phase 2 study of AADvac1, an active immunotherapy against pathological tau in Alzheimer’s disease in the journal Nature Aging, a subsidiary of Nature. 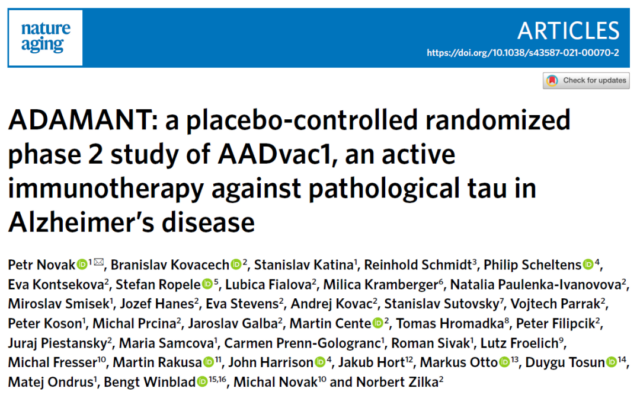 The toxic form of Tau protein will accumulate and spread in the brains of Alzheimer’s patients, which is also a significant pathological feature of Alzheimer’s. In patients with Alzheimer’s disease, Tau protein loses its natural flexible structure, presents a stronger structure, and forms Tau protein aggregates, resulting in neurofibrillary tangles observed in the patient’s brain, causing nerves Yuan died in large numbers, which eventually led to the decline of patients’ cognitive ability. 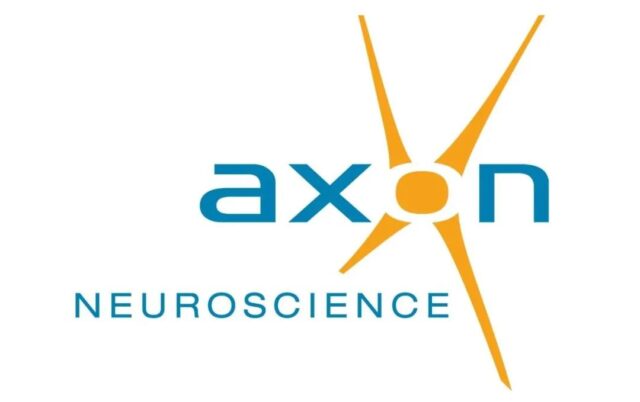 15-20 years ago, it was difficult for research on Tau protein to be included in top academic journals, because Aβ was the mainstream at that time, and many pharmaceutical giants invested huge amounts of money in Aβ, and they had to continue to advance. But now, at least 50% of Alzheimer’s research is related to Tau protein. In recent years, many pharmaceutical giants have turned to the development of Tau protein, and at least 10 Tau protein antibodies are currently undergoing clinical trials.

In 2013, Axon Neuroscience launched the first clinical trial of the vaccine for 30 patients with mild to moderate Alzheimer’s disease. The test results showed that the vaccine is safe and well tolerated by patients. A very high immune response to Tau protein was also observed in patients.

In 2020, Axon Neuroscience completed a phase 2 randomized placebo-controlled trial of the vaccine, enrolling 196 patients with mild Alzheimer’s disease (mean age 71.4 years; 45.1% male; 100% white). Researchers injected these patients with multiple doses of a peptide vaccine called AADvac1 or a placebo, and monitored the safety, immunogenicity (that is, the ability of the vaccine to induce an immune response) and clinical efficacy of the vaccine over a period of two years.

The research team found that the vaccine is safe as a whole, and the vaccination group can produce a large number of antibodies to the peptides of the vaccine. However, this vaccine did not have a statistically significant positive or negative effect on the cognitive function of the entire study sample.

The research team concluded that although patients tolerate AADvac1 well and can produce an immune response to tau protein, the vaccine cannot produce statistically significant cognitive benefits, which may be due to the lack of Tau protein pathological manifestations in some patients , Or because the sample size of the study is small.

Therefore, it is still necessary to conduct larger-scale stratified trials based on the existence of disease biomarkers, repeat the above research results and fully evaluate the possible clinical efficacy of AADvac1.

It is reported that Axon Neuroscience is now preparing to start phase 3 clinical trials, and if successful, it will promote the launch of the vaccine. The company has been funded by private investors from the beginning, but the leadership team said it is now looking to work with larger players to help the vaccine enter the U.S. and European markets in 2025.