“Rice Hematopoiesis” will be mass-produced in China

The world’s first and highly concerned “rice hematopoietic” technology is expected to be mass-produced in Wuhan Optics Valley next year.

According to reports, the project is expected to be completed and put into production in March next year, with an annual output of 1 million recombinant human serum albumin. The mass production of this “golden life-saving medicine” for treating burns, liver cirrhosis and other diseases is expected to greatly alleviate blood shortages.

“Rice hematopoietic” is moving towards the fast lane of industrialization

The core technology research project of Heyuan Bio-Plant Source Recombinant Human Serum Albumin which started this time covers an area of ​​67 acres. The first phase investment is 550 million yuan, and the planned total construction area is about 72,000 square meters. It is planned to build an administrative research and development center, A fully intelligent factory project integrating pilot production and an annual production of 10 tons (1 million pieces) of recombinant human serum albumin cGMP production line is expected to be completed and put into production in March 2022. 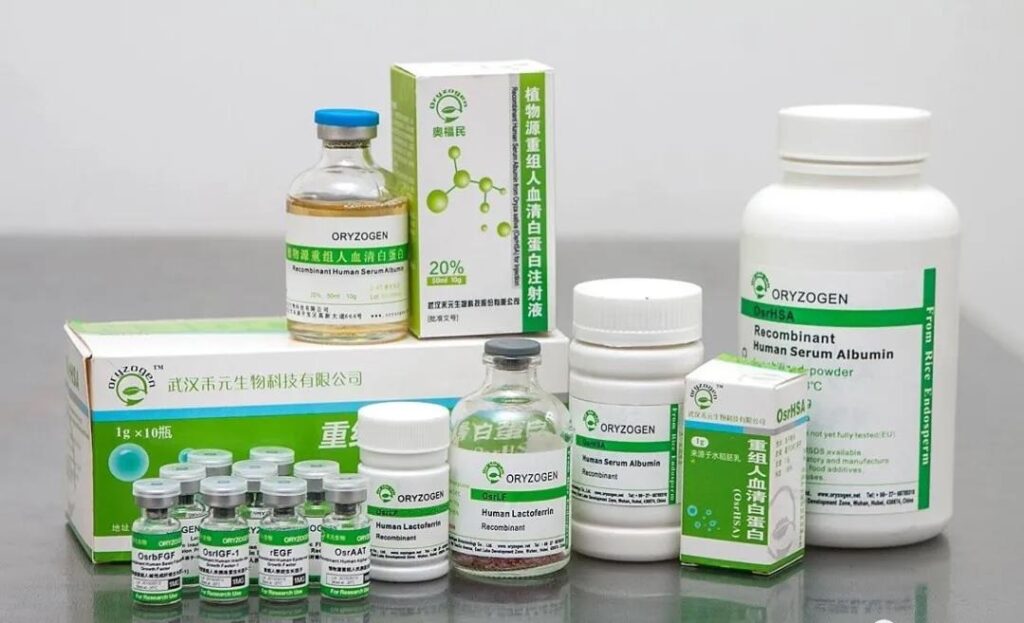 This project is the world’s first plant-derived recombinant human serum albumin injection production line independently developed by Heyuan Biological. It is a major scientific and technological project supported by the national “863” plan, major scientific and technological projects for new drug creation, and strategic emerging industrial cluster pilot projects. project. The project is designed in accordance with the international cGMP standards and the bio-intelligent manufacturing requirements of “Made in China 2025”, and strives to build an industry benchmark for some countries’s biomedical intelligent manufacturing and establish technical specifications and standards for the industrial production of recombinant human serum albumin.

Yang Daichang, chairman of Heyuan Bio, introduced that this project is a key project to realize the company’s core product-plant-derived recombinant human serum albumin industrialization goal. The start of construction of the project marks the fast track of plant-derived recombinant human serum albumin towards industrialization. After completion, it will become a benchmarking project for bio-intelligence manufacturing in Wuhan and the whole country.

It is expected to alleviate blood shortage after listing

“Our Phase II clinical trials will be launched at home and abroad at the same time. It is expected that the Phase II clinical studies will be completed by the end of this year. After the newly built 1 million production lines are put into operation in March next year, they will be able to provide samples for Phase III clinical studies and meet the increasing demands at home and abroad. Increasing market demand.” At the groundbreaking ceremony, Yang Dai with white temples often couldn’t hide his excitement. He told reporters that in recent years, the demand for recombinant human serum albumin in the international market has continued to expand. If the second phase of clinical research progresses smoothly, it is expected to enter the pharmaceutical market in 2024 at the earliest.

Human serum albumin is an important protein in the human body. It is widely used in the treatment of various diseases such as hypoalbuminemia caused by trauma, burns and nephrotic syndrome. It is clinically called a “life-saving drug” “. For a long time, this “life-saving medicine” can only be extracted from plasma, and 1 ton of plasma can only produce 25 to 28 kg of human serum albumin.

The story of “rice making blood” starts 15 years ago.

In 2011, Yang Daichang walked out of the laboratory and moved Heyuan Bio from Luojia Mountain to Guanggu Biological City under Erfei Mountain to continue the experiment.

In September last year, Heyuan Biotechnology publicly released the data of Phase I clinical trials in the United States: plant-derived recombinant human serum albumin has good safety and tolerability, no drug-related adverse events occurred, and no anti-drug antibodies (ADA) and anti-host protein antibodies; colloidal osmotic pressure increases significantly with the increase of drug concentration, showing preliminary efficacy. Once this data was released, it caused a strong response from the biomedical community.

A number of “rice line” new drugs or will come out

Not only human serum albumin can be extracted from rice, but also a number of “brother medicines” developed by Heyuan Biological are being simultaneously tackled.

For example, Yang Daichang said that the annual mortality rate of neonatal diarrhea in some countries is 0.5%. At present, there is no corresponding treatment for infant diarrhea in the world, mainly supportive treatment. In May last year, the recombinant human lactoferrin lysozyme oral solution independently developed by Heyuan Biological was approved to enter the Phase I clinical trial in China. This is the first class I treatment for diarrhea caused by rotavirus and pathogenic bacteria in children. New biological drugs, the subjects who have completed the Phase I study will be released and will enter the Phase II study soon. He introduced that two new “rice line” drugs will enter clinical studies this year.

“Scientists should aim at the country’s major needs for original innovation. If we only make imitations forever, then our country’s scientific and technological level will not be able to achieve progress.” Talking about the original intention of the struggle over the past ten years and the company’s future development, 67-year-old Yang Daichang has a sharp look. . He said that after “rice hematopoietic” is approved for marketing, the research and development of other drugs will not stop, and more new “rice-based” drugs will be born in the future to benefit patients.