Japan Expert talks about the causes of autism 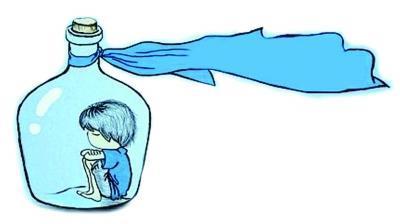 Shirasaki Kenshi talks about the causes of autism

April 2, 2008 is “World Autism Day”. In an interview with him by Chinese journalist Yu Qing, he talked about the causes of autism. Mr. Shirasaki Kenji summarized as follows:

Known causes of autism include: nervous system damage, decreased function of certain parts of the brain, deviations in brain development, brain disorders during pregnancy and childbirth, viral infections and immune deficiencies, vaccination and chemical effects, etc., fully checked It is impossible to explain the cause of autism because there is no single cause of autism.

Interpretation of the Causes of Autism by Shirasaki Kenji：

(1) Autism has a reason, not a single reason

Shirasaki Kenji put forward at least four causes of autism, which gives some so-called researchers a good reminder, but at the same time emphasizes that the causes of autism are not “single”, but are complex and diverse. . Why do so many people say that autism is “unknown”?

It has been studied from a genetic perspective, but the proportion of autism caused by genetic problems is very low;

There are studies from the perspective of electromagnetic radiation, but this factor is not the only cause of autism;

It has been studied from the perspective of automobile exhaust, but the autism caused by this factor is not significant;

It has been studied from the perspective of food intolerance, but the autism caused by this factor is not significant;…

Regardless of the angle of study, the results of the study are not “significant” and cannot explain the problem.

According to research from the perspective of immunity, most children with autism have low immunity, but there are still some problems that cannot be solved by solving the immune problem;

Some studies from the perspective of sleep have solved the sleep problem, but the overall effect is still not good;…

There are many causes of autism. It is very rare that autism is caused by one factor, and it is the result of multiple factors.

(2) Autism is damage to the nervous system, a decline in the function of “specific parts” of the brain, and deviations in the development process

Damage to the nervous system and inflammation of the brain are the fact that children have experienced deviations in the development process, which is manifested as a decline in the function of “specific parts” of the brain. The structure of the brain is very complicated. A problem in a little area will affect at least one or two physical functions. Therefore, there are 1,000 manifestations of 1,000 autism.

If you understand the primitive reflex, you will know that there are more than 30 primitive reflexes that affect our body. If a primitive reflex is not integrated, it means that it will affect the normal display of one or more functions of the body.

(3) The onset period of autism is pregnancy and childbirth

This is a thesis about whether autism is congenital or acquired, which also breaks many theories that “autism is congenital”. Autism, either before birth or after birth. Factors such as heavy metals, electromagnetic radiation, intestinal flora, and parasites may affect the child before or after the birth. For example, heavy metals may be affected during pregnancy, such as excessive heavy metals in the mother’s body, or filling teeth during pregnancy, or living in coal-burning areas, which may affect the child; if the air you breathe after birth contains heavy metals, People who have been vaccinated against MMR or filling teeth may be interfered by heavy metals.

In addition, it is important that some factors before pregnancy may affect the child, such as the imbalance of trace elements in the parent’s body, the influence of electromagnetic radiation, and the excessive heavy metals, etc., will affect the pregnant child.

(4) There are four reasons he mentioned: viral infection and immune deficiency, vaccination and chemical substances

In the interview, although Mr. Shirasaki Kenji said a lot, the others are still “performance”, not “causes”, the reasons are these four. In addition to these four reasons, there are heavy metals, electromagnetic radiation, intestinal flora disorder, food intolerance, imbalance of trace elements, unconformity of primitive reflection, etc.

“Experts” who often say that “the cause of autism is unknown” can stop. This is Kenji Shirasaki’s view in 2008. Don’t you slap your face?

Therefore, whether you are recovering from autism or treating it, do not make a decision based on one factor. You must consider a combination of factors to achieve the desired effect.