CRISPR: Three new developments in the field of gene editing

CRISPR: Three new developments in the field of gene editing. 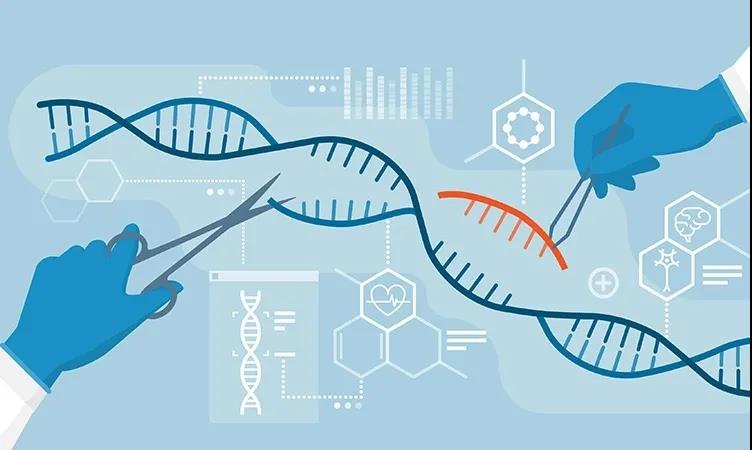 In a new study, researchers from the University of Michigan revealed that using a new variant to repair DNA can improve the safety and effectiveness of CRISPR-Cas9 in genetic research.

According to them, the safety and effectiveness of CRISPR-Cas9 is the potential to continue to enable gene editing technology to be used in clinical treatments.

To develop its variants, the researchers fused the smallest motif consisting of 36 amino acids with the gene editing nuclease Streptococcus pyogenes Cas9 (spCas9).

According to the team’s research, the new finely integrated Cas9 (miCas9) binds to RAD51 through this fusion motif and adds RAD51 to the target gene.

They explained that the new CRISPR-Cas9 variants therefore increase efficiency when inserting or knocking genes or DNA fragments into precise locations in the genome.

It also reduces the rate of accidental base pair insertions or deletions (called indels) that often occur during gene editing.

Authors Dr. Y Eugene Chen, Jifeng Zhang (Jifeng Zhang) and Xu Jie (Jie Xu) said: “We named it miCas9 to reflect the integration level in its implementation. The minimal insertion loss and recognition shows the extraordinary ability of the University of Michigan. “It provides an effective tool in gene editing. “

The researchers say that this fusion motif can also act as a “plug and play” module, compatible with other Cas9 variants. Therefore, miCas9 and minimal fusion motifs may find a wide range of applications in gene editing research and treatment methods.

The results of this research were published in Nature Communications. 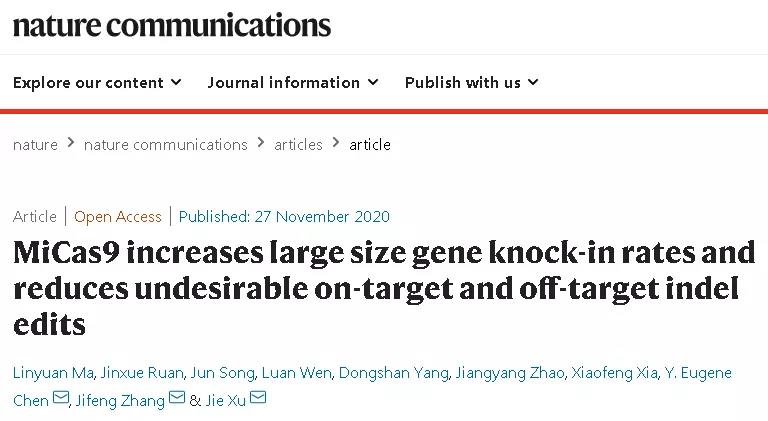 In another study at the University of Pennsylvania, researchers used CRISPR-Cas9 to knock out a protein known to inhibit T cell activation on CAR-T cells.

According to the research team, this enhances the ability of engineered T cells to eliminate blood cancers in preclinical studies.

“We have demonstrated for the first time that we can successfully use CRISPR-Cas9 to knock out CD5 on CAR-T cells and enhance their ability to attack cancer,” said Assistant Researcher Marco Ruella, who presented at the 62nd American Society of Hematology Annual Meeting Research result. “In several cancer models, the difference between edited and unedited CAR-T cells is shocking.”

The research team used CRISPR-Cas9 to knock out the CD5 gene on CAR-T cells, which encodes the CD5 protein on the surface of T cells and can inhibit its activation, and then infused it back to small cells with T cell and B cell leukemia or lymphoma. In the mouse.

The team first tested the method in a T-cell leukemia model. Anti-CD5 CAR T cells have been genetically modified to find CD5 on malignant T cells and attack it.

Since CD5 can also be expressed on normal T cells, the researchers removed it from CAR T cells, which not only avoided the killing of other CAR T cells, but also released CAR T cell activation, otherwise the presence of CD5 on CD5 would inhibit activation. These cells.

They found that in in vitro and in vivo experiments, anti-CD5 CAR T cells lacking CD5 are much more potent than CAR T cells without deletion (wild type, CD5 +), and more than 50% of mice can be cured for a long time.

In order to test the hypothesis that CD5 deletion can enhance the anti-tumor effect of CAR T cells against antigens other than CD5, CTL019 CAR T cells were then used to verify CD19 + B cell leukemia.

The research team also found that CD5 gene knockout can significantly enhance the anti-tumor efficacy of CTL019 CAR T cells and prolong the complete remission time of most mice.

In another analysis, the research team reviewed the genome database of tumor biopsy tissues from more than 8,000 patients to study their CD5 levels and found their correlation with prognosis. “Basically, in most cancer types, the less CD5 expression in T cells, the better the result. The level of CD5 in T cells is important,” Ruela said.

One of the authors of the study, Dr. Carl Juer, added: “In the long run, this may represent a more general strategy to enhance the anti-tumor effect of CAR T cells. We look forward to building on these in the next phase of work. Encouraging discovery.” 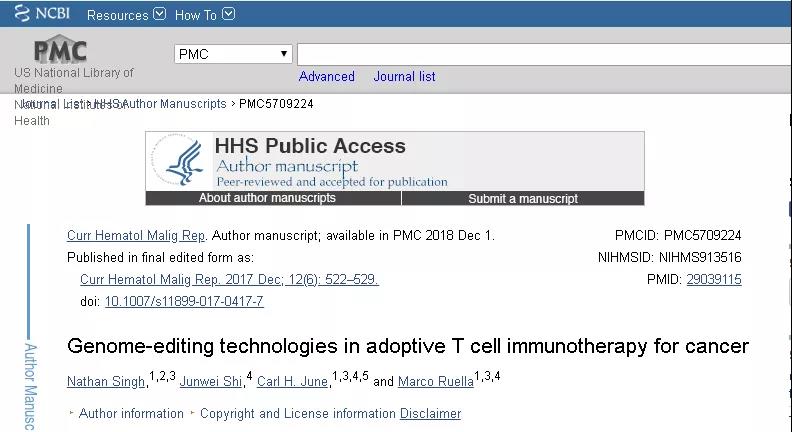 A research team at the University of California at Berkeley has developed a technology that uses CRISPR technology to analyze cells and quickly determine all DNA sequences in the genome that regulate the expression of specific genes.

“The disease you might want to use this method for is cancer. We know that those cancer cells express and need to express certain genes to survive and grow,” said Associate Professor Nicholas Ingolia of the research laboratory. “This tool will make you ask a question: What are the upstream genes-the regulators that control the genes we know?”

The researchers say this new technology simplifies the tracing of genetic pathways in cells to identify regulatory genes.

“Sometimes I would like to compare it to that when we walk into a dark room and flip the light switch, we can see what light is turned on. That light is like a gene. When we press the switch, we can tell Which genes it turns on. We are already very good at this.” Ingolia added. “This makes us do backward work. If we care about the light, we want to find out what switch controls it. This provides us with a way.”

This technology does not use fluorescence, but uses deep sequencing to directly measure the activity of genes in the pool that increases or decreases.

The team’s key innovation is to link each single guide RNA (sgRNA) with a unique random nucleotide sequence linked to a promoter that will only be transcribed when the gene of interest is also turned on.

Each “barcode” reports the effect of one sgRNA, which individually targets a gene from a complex library of thousands of sgRNAs.

Deep sequencing revealed the relative abundance of each barcode in the sample and the expression of the target gene.

According to scientists, in human cells, researchers may insert more than 200,000 different guide RNAs to target each gene multiple times.

In their experiment, the research team searched for five independent genes in yeast, including genes related to metabolism, cell division, and cell response to stress.

The research team said that with their technology, it is possible to study up to 100 genes at the same time when CRISPR encoding the entire genome.

“In a combined CiBER-seq experiment, one day, we can find all the upstream regulators of several different target genes, but if you use fluorescence-based technology, then each target will require you to spend several days Time to measure time,” Ingolia said.

The results of this research are published in Science. 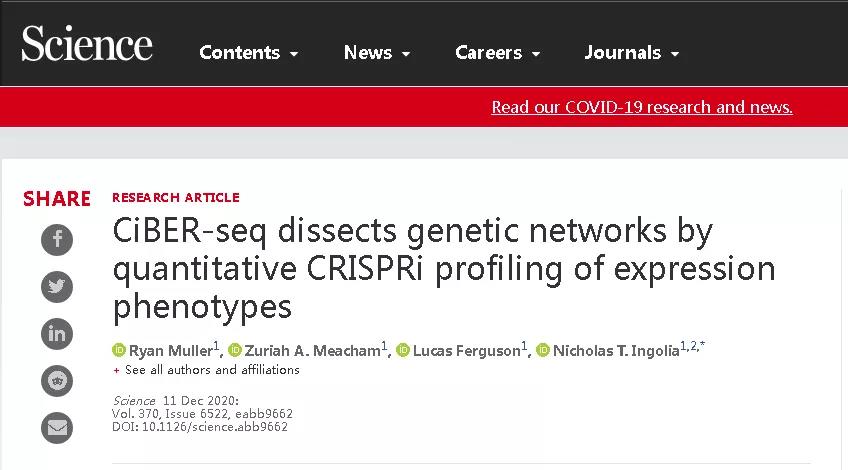 CRISPR: Three new developments in the field of gene editing