CRISPR technology to track the dynamics of cancer cell metastasis

Metastasis is an important manifestation of many advanced cancers, and it is also the most difficult to cure. At that time, the attachment ability of the patient’s cancer cells will decrease or even be completely lost, and their migration ability will increase, leading to the transfer of cancer cells from the original site to other body parts with the blood or lymphatic system, and eventually new tumors are formed.

It is worth noting that the occurrence and development of cancer is a continuous process. From the early acquisition of oncogene mutations to the metastatic colonization of distant tissues and the emergence of drug resistance, each step of this process will leave clear phylogenetic characteristics. However, because metastatic events are rare, transient, and random in nature, real-time monitoring is very challenging.

On January 21, 2021, researchers from the Massachusetts Institute of Technology (MIT), the University of California, Berkeley, and the University of California, San Francisco published a titled: Single-cell lineages reveal the rates, routes, and Drivers of metastasis in cancer xenografts (single-cell lineage reveals the metastasis rate, pathway and driving factors of cancer xenografts) research paper.

The study used CRISPR gene editing tools to map a detailed cancer cell lineage, revealing the dynamic process behind the development and progression of cancer metastasis, which will help track the spread of tumors.

More importantly, in the process of tracking the dynamics of cancer cells, the research team discovered genes that promote or inhibit cell metastasis, as well as “metastasis centers.” These discoveries may be used to open up new areas of drug development.

Metastasis is a particularly critical step in the study of cancer progression. Therefore, tracking the dynamic process of cancer cell metastasis is a very important research. Unfortunately, existing cancer lineage tracking tools are relatively less sensitive to mutations and cannot reveal the details of the movement of cell subpopulations.

Therefore, Jonathan Weissman and colleagues turned to single-cell lineage analysis based on CRISPR-Cas9 technology. Using this method, what is the frequency of tumor metastasis? Where did the transfer come from? Where do they go? Answers to a series of questions.

In this study, the researchers used a mouse model of human KRAS mutant lung cancer. They modified the cancer cells with a gene encoding the Cas9 protein. When the cancer cells in the mouse divide, Cas9 cuts at the target DNA site, leaving a repair sequence called “indel”, which allows researchers to use computer models to track the cells. 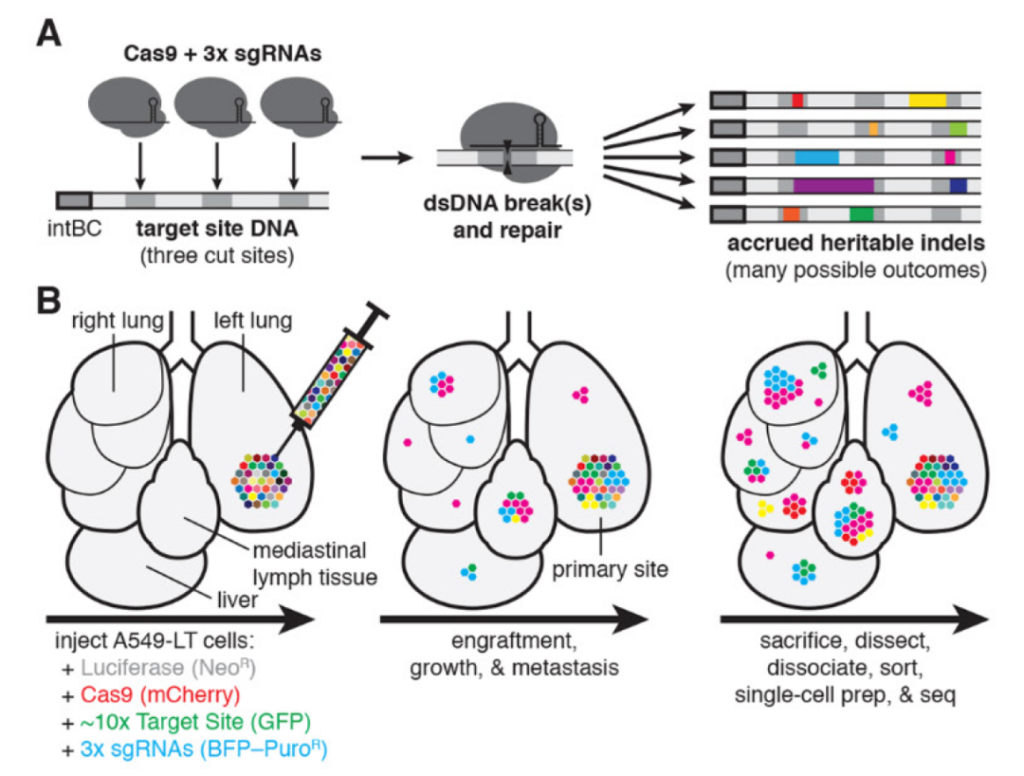 Surprisingly, these tumor cells took different routes after transplantation, even though they all came from the same cell line. In this regard, the research team believes that as the original cancer cell line divides for many generations, the cancer cells seem to have developed different metastatic characteristics.

Therefore, researchers began to look for differentially expressed genes in these cancer cell lines with different metastatic characteristics. They found that a gene encoding keratin 17, KRT17, whose expression is closely related to the decrease in cancer cell metastasis ability. By knocking out or overexpressing the KRT17 gene, the research team proved that the gene actually controls the aggressiveness of tumors.

Different metastatic phenotypes are driven by differences in gene expression

Not only that, the research team also drew a cancer cell lineage map-showing the spread path and direction of metastatic cancer cells in the body. Using these maps, the researchers found that many cancer cells metastasized mainly through the mediastinal lymphatic tissue, which indicates that in the mouse model, this site is closely related to the metastasis and spread of cancer cells.

More importantly, the identification of these “metastatic centers” is very useful in cancer treatment. The main leader of the study, Jonathan Weissman, said: “If cancer treatment is focused on these areas, it can slow or prevent metastasis in the first place.” 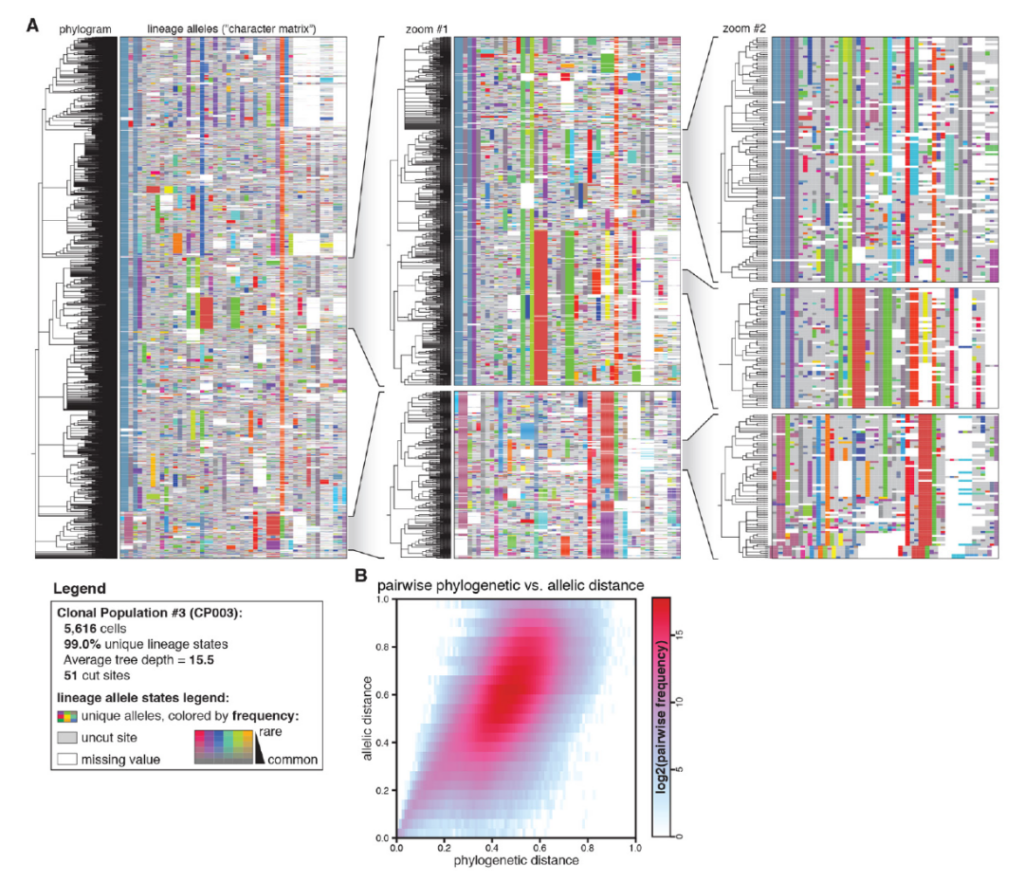 In fact, finding ways to prevent cancer metastasis has always been a hot topic in oncology research. Recently, researchers at the Fred Hutchinson Cancer Research Center discovered that the EPGN gene plays a key role in the formation of distant metastasis of breast cancer. Researchers at the Sanford Burnham Prebys Institute of Medical Discovery also pointed out that a protein called PPP1R1B is the main driver of the spread of pancreatic cancer.

All in all, this new CRISPR-based lineage tracking technology can provide a lot of useful information for the research and treatment of cancer metastasis, such as the time or sequence of gene mutations in the process of malignant transformation, the adaptation of tumor cells to different tumor microenvironments, or tumors The source and mechanism of drug resistance of cells and so on.

The development of science and technology has brought unlimited possibilities to mankind. It is believed that in the near future, mankind will be able to use brand-new technology to predict the behavior of cancer cells and completely overcome cancer!