Bisphosphonates to treat patients with kidney disease.  Zoledronic acid has a certain degree of renal damage.

Bisphosphonates are basic drugs for the treatment of osteoporosis and bone metastases of malignant tumors. They have been widely used in clinics, and their efficacy has been recognized by clinicians. Osteoporosis and bone metastases from malignant tumors are mostly elderly patients. Due to age and disease factors, such patients are often accompanied by kidney disease or decreased glomerular filtration rate (EGFR).

Therefore, it is particularly important to understand the effects of bisphosphonates on renal function. In the body, 27%-62% of bisphosphonates are bound to bone minerals, and the remaining part is excreted through the kidney in the form of the original drug within a few hours after administration, and renal excretion is through passive glomerular filtration and proximal kidney The active transport of tubule cells is carried out in two ways.

In 2009, a safety advisory from the FDA reported 24 cases of renal damage and acute renal failure that occurred from April 2007 to February 2009, which were related to the use of zoledronic acid in the treatment of osteoporosis ( 5mg) related.

Clinical data indicate that any potential damage to the kidneys of intravenous bisphosphonates may be related to the time or dose of the infusion. The post-marketing evidence of the effect of bisphosphonates on renal function shows that patients in the monitoring report have a more comprehensive record of complications than subjects randomized into clinical trials.

In an open-label study conducted by Bergner R et al. [6], 21 patients with multiple myeloma (n=21, creatinine clearance 80-120ml/min) were infused with ibandronate for more than 30 minutes. In the assessment, 4 patients had normal renal function, and 17 patients had different degrees of previous renal insufficiency at baseline. As shown in the figure, within 72 hours of ibandronate infusion, serum creatinine (Figure 1) and renal There was no significant change in the level of α-glutathione-S-transferase (Figure 2), a marker of tubule damage. This suggests that intravenous ibandronate (6mg) has renal safety.

Heidenreich A et al. [7] In a clinical study of patients with urinary tract cancer, 28 days after intravenous infusion of loading dose of ibandronate (6 mg infusion within 1 hour) for 3 consecutive days, the patient’s serum creatinine was measured The renal function of patients with renal insufficiency at baseline was assessed horizontally, and no adverse renal events occurred (Figure 3). 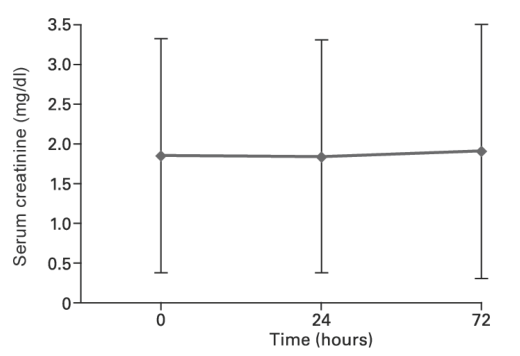 Figure 1 Serum creatinine levels of patients with multiple myeloma at 0, 24, and 72 hours after intravenous injection of 6 mg 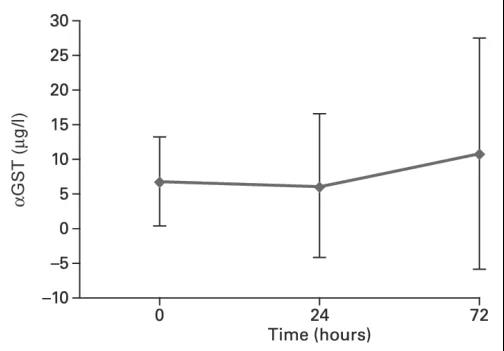 Figure 2 Changes in serum α-glutathione-S-transferase (α-GST) levels in patients with multiple myeloma at 0, 24, and 72 hours after intravenous injection of 6 mg 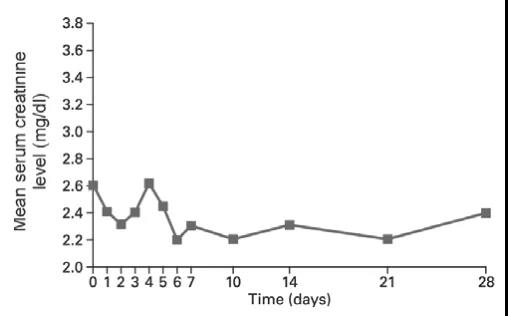 Figure 3 The renal function of the patient after the loading dose of ibandronate (6 mg, 3 consecutive days, infusion for more than 1 hour)

Bisphosphonate drugs are divided into three generations according to the different molecular structure side chains:

The first generation is a simple P-C-P structure, and the representative drug is clodronate;

The side chain of the second-generation bisphosphonate contains amino groups, and the representative drugs are mainly pamidronate disodium and alendronic acid;

The third generation is the nitrogen-containing bisphosphonate zoledronic acid with a heterocyclic structure and ibandronate sodium with a saturated hydrocarbon chain, and its strength and curative effect are further improved than the second generation.

The side chain of ibandronate is a saturated hydrocarbon chain, and its molecular space structure is relatively small. Therefore, the kidney safety is better than other intravenous bisphosphonates. For older patients or patients with weakened kidney function, ibandronate sodium injection may be a new clinical choice.