Where is the safe zone for brainstem surgery?

The development of intraoperative NMR

Neurosurgical instruments have also developed significantly. Today, we have high-brightness and high-definition microscopes that can better identify the end point of tumors and the beginning of normal tissues. A lighter, more precise instrument equipped with a diamond tip scalpel can cut the brain stem accurately. The conventional ultrasonic surgical aspirator with a 1 mm tip can remove large lesions through a small opening in the brainstem. The operation plan of the most suitable surgical approach related to the internal and external knowledge of brain stem anatomy is also the key to the success of the operation. 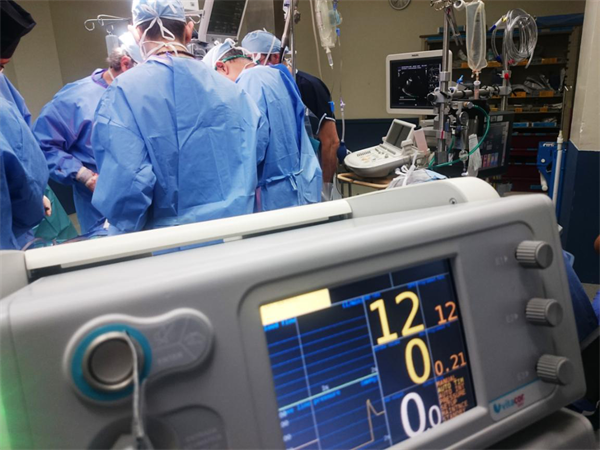 Cantore et al. divided the brain stem into two surgical planes-the anterior plane and the posterior plane. Therefore, they divided the brain stem into six regions. The reason why we divide the midbrain into three parts is because the characteristics of four blastoderm tumors are different from those in the front and middle of the brain. Most tumors located in the quadrigeminal nerve plate are inert and rarely require surgical treatment, which limits the treatment of hydrocephalus control.

Four “safe entry zones” of the midbrain has been described. The most complex and foremost, called the eye-moving area, has been described by Bricklow et al. There is a space between the oculomotor nerve and the pyramidal tract, which can be accessed through an incision parallel to the oculomotor nerve and on its side. The presence of tumors may increase this distance, facilitating surgery. When the tumor has exogenous components, the brain stem can enter directly through the tumor. Clinically, these patients develop third cranial nerve palsy and contralateral pyramidal involvement (Weber syndrome) before surgery, which usually disappears quickly after the lesion is removed. Small tumors can only cause diplopia.

Of the 59 patients with central midbrain tumors who were operated on via the subtentorial supracerebellar approach described by Claus in 1911, 41 had a middle route and 12 had a side middle route. Yasargil advocates access to this area by not removing the C1 arch and opening the dura mater 2 cm below the transverse sinus and parallel to the transverse sinus to prevent further exposure of the cerebellum to avoid possible herniation. In our series, we have no cerebellar herniation.

The lumbric vein is the bridging vein between the tentorium cerebellum and the tentorium cerebellum and the transverse sinus, which coagulates without any complications. When necessary, we also coagulated the anterior central cerebellar vein without any clinical response. In two cases, the patient had a symptomatic air embolism, which was resolved by sucking blood through the centerline and finding a venous opening at the apex of the dural incision near the transverse sinus.

Ogata Kazukawa proposed a paramedian subtentorial superior cerebellar approach for the lesions of the upper, middle and lower cerebellum. They proved that it is possible to open the surface of the midfoot of the cerebellum on the outside of the cleft brain.

The way to reach the front of the pons is the most difficult. Bagahai et al. described the safe entry zone of the ventrolateral part of the pons between the fifth and seventh cranial nerve output points. However, this channel is very narrow and can only be used for biopsy or cavernous hemangioma resection in this area. This access can be reached via the para-occipital approach or petrosal access. In the other pathways leading to the anterior pons, the area around the appearance of the fifth cranial nerve is a “safe” area that can be opened from the midline 1 cm wide and 1 cm wide. However, one should be careful not to go any further to avoid the corticospinal tract.

Medullary tumors and pontine tumors have the same technical difficulties. The craniotomy was performed distally through the suboccipital, and the C1 arch and the dentate ligament near the entrance of the vertebral artery into the skull were removed and entered the front side. This part of the ligament allows the medulla to move further, making it easier to identify the olive and enter the brainstem through the posterior olive groove (or through the mouth).

The right medullary pathway usually produces intraoperative hypertension and tachycardia, while the left pathway produces bradycardia. These natural alarms cannot be suppressed with drugs, such as atropine or antihypertensive drugs, because they reveal that our brainstem manipulation is too aggressive. These are all indirect physiological alarms that require attention. Usually, these plant storms occur when the lesion is pulled, which should be avoided. Instead, we should use an ultrasonic aspirator to remove the tumor and avoid traction. These small plant storms are not a reason to interrupt the program, because they stop immediately after stopping towing and washing with warm salt water.

There are 11 previously described “safe” entry areas in the brain stem. In this article, we describe another area, the “super trigeminal nerve”, which is used for anterior and superior bridge lesions. This approach was used for three patients, and there was no morbidity. Therefore, this is a reasonable channel. However, the fronto-orbital zygomatic approach is required to broadly display the midpontine sulcus and third cranial nerve.

It is up to the neurosurgeon to choose the correct path and complete the resection of the lesion with the least morbidity. However, the incidence is still high (22% in our series). Hydrocephalus is always a catastrophic complication in the postoperative period of brainstem tumors. Neurosurgeons should always be aware of this possibility. One of our patients died of hydrocephalus. Therefore, whenever possible, we will remove the extracorporeal ventricular drainage tube within the first 48 hours after surgery.

Brainstem does not allow traction or coagulation; therefore, we usually use an ultrasonic aspirator, which has a small amount of suction and a very thin tip. Bipolar coagulation can only be performed under the condition of sufficient washing, because high temperature may damage the fine structure of the brainstem.

Brainstem surgery is one of the most difficult operations in neurosurgery, especially for pediatric neurosurgeons, because brainstem tumors are more common in childhood than in adults. Although tracking imaging has developed significantly, they still fail to show the nuclei and neural pathways in the brainstem. Klingler studies the anatomical techniques of white fibers to help neurosurgeons plan three-dimensional architectural designs for surgical operations.

There are 11 previously described “safe entry zones” in the brainstem: around the oculomotor nerve, lateral midbrain sulcus, subthalamic pathway, supramatical pathway, peritrigeminal nerve, surface, interface, subsurface, lateral sulcus boundary, olive Around and back median ditch. A new safe entry zone, the “super trigeminal nerve” zone, has been used in three of our patients for access to the front and upper pons lesions.

With the improvement of high-resolution 7 Tesla MRI (7 Tesla MRI) or another imaging technology that can show the precise deviation of the brainstem structure caused by tumor effects, plus more effective electrophysiological monitoring systems, this Surgery may become simpler and have a lower incidence.

Currently, more accurate knowledge about the internal/external anatomy of the brainstem related to more complex tools (such as high-resolution microscopes and sophisticated ultrasound attractors) allows us to learn from any topography of this wonderful brain structure In the figure, a large number of brain stem tumors were removed with acceptable mortality and morbidity.