On January 29, 2021, the research group of Professor Yigong Shi of West Lake University published a research paper titled “Structure of the Activated Human Minor Spliceosome” in Science (Science) , Is another major breakthrough in the study of spliceosome structure and mechanism. 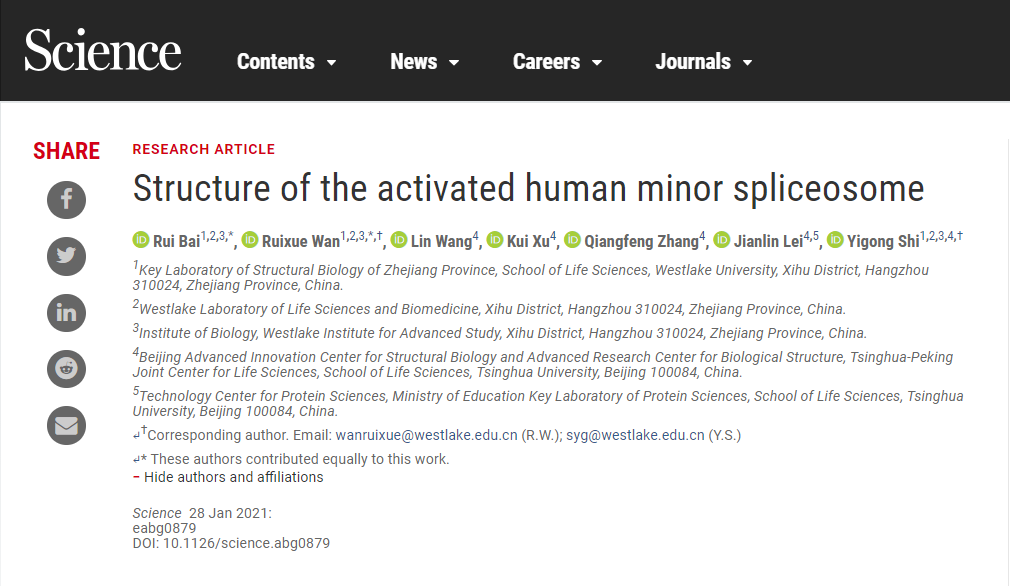 In higher organisms, segments of genetic code are buried in nucleic acid molecules. Among them, “invalid” genetic information has no translation function and is called an intron, while the effective genetic information that can be translated by the ribosome is called an exon. The process of “scissing” out the “invalid” introns in these genetic codes and “splicing” the “valid” exons together is called RNA splicing, which is the core step in the interpretation of the genetic code by living organisms.

The complex and sophisticated molecular machine in the nucleus-the spliceosome, is responsible for performing this step. The splicing of each cell for each gene messenger before splicing-precursor messenger RNA is very precise in time and space. Who to cut, how long to cut, when to cut, and in what order to splice the exons, each “operation” is a key issue that may change the fate of cells.

One step wrong, the results are very different, the gene expression and transmission will also be wrong, which leads to the emergence of certain congenital genetic diseases and acquired incurable diseases. Studies have found that about 35% of human genetic diseases are caused by splicing abnormalities.

From the first discovery of RNA splicing in 1977 to the beginning of this century, scientists used immunoprecipitation, gene knockout, cross-linking mass spectrometry, and the establishment of an in vitro splicing reaction system to initially establish the process of splicing assembly, activation and depolymerization. , And complex RNA splicing regulatory networks such as the interaction between protein and protein, protein and nucleic acid, and mutual regulation.

In the 1990s, scientists discovered a class of non-classical intron splicing sequences (5′ splice site is AT, 3’splice site is AC) in the research and analysis of intron sequences of higher eukaryotes. , A new spliceosome began to gradually enter the field of vision of scientists. In subsequent studies, scientists gradually determined the nucleic acid composition of this new spliceosome. Four new snRNAs, U11, U12, U4atac, and U6atac, are involved in the recognition and splicing of this type of intron.

Since this non-classical intron accounts for less than one percent, this type of intron is called a rare intron. Because of its special splicing site and the special snRNA component that recognizes this site, the The class of introns is also named AT-AC intron (AT-AC intron) or U12-type intron (U12-type intron). This new spliceosome that catalyzes the splicing of this type of intron is named Minor spliceosome (minor spliceosome).

Although the content of rare introns spliced ​​by minor spliceosomes is extremely low, these genes are closely related to many important basic cell life activities, such as DNA replication and repair, RNA transcription and translation, and so on. However, the research on U12-dependent introns and secondary spliceosome has been developing slowly, and key scientific questions such as the protein composition of the secondary spliceosome and the regulation of remodeling have not been answered. One of the very important steps-how to capture and purify the minor spliceosome is a huge problem in the field.

At the same time, Shi Yigong’s research group also focused on the secondary spliceosome research area where research is even scarcer. 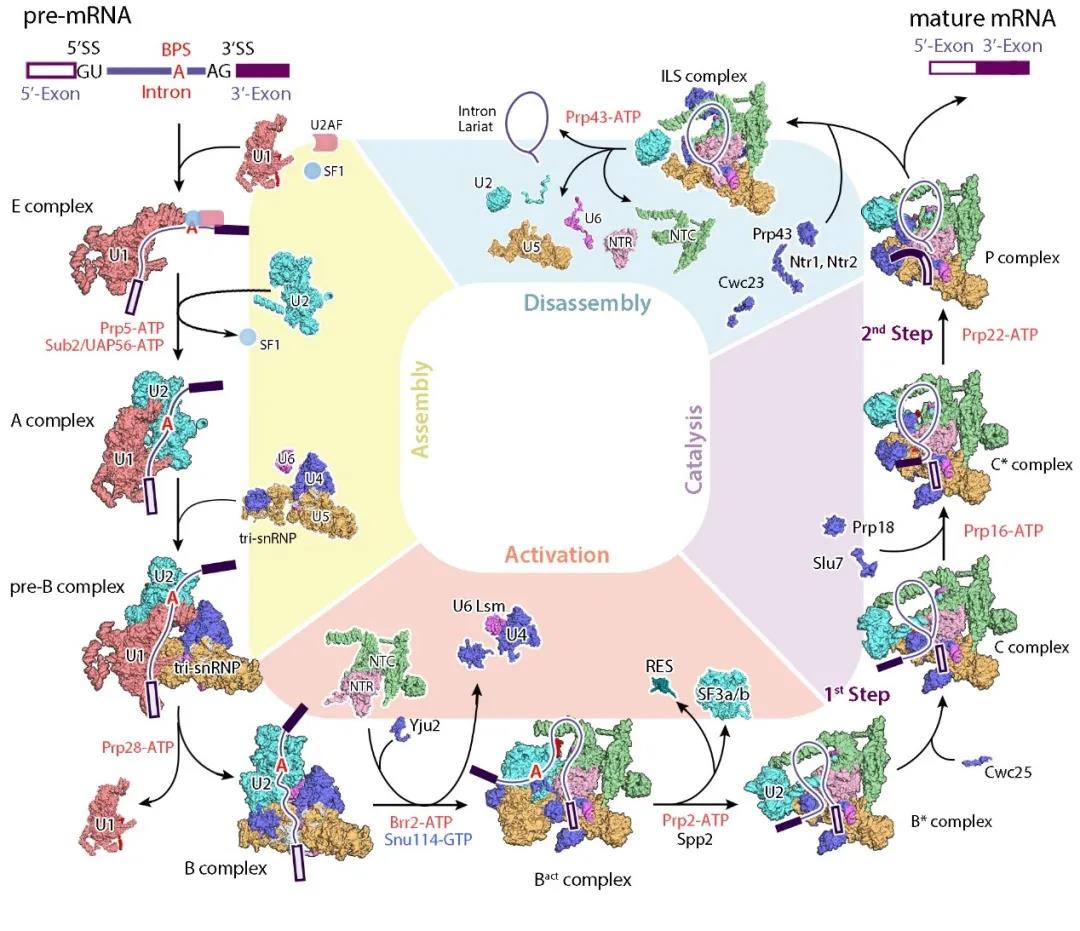 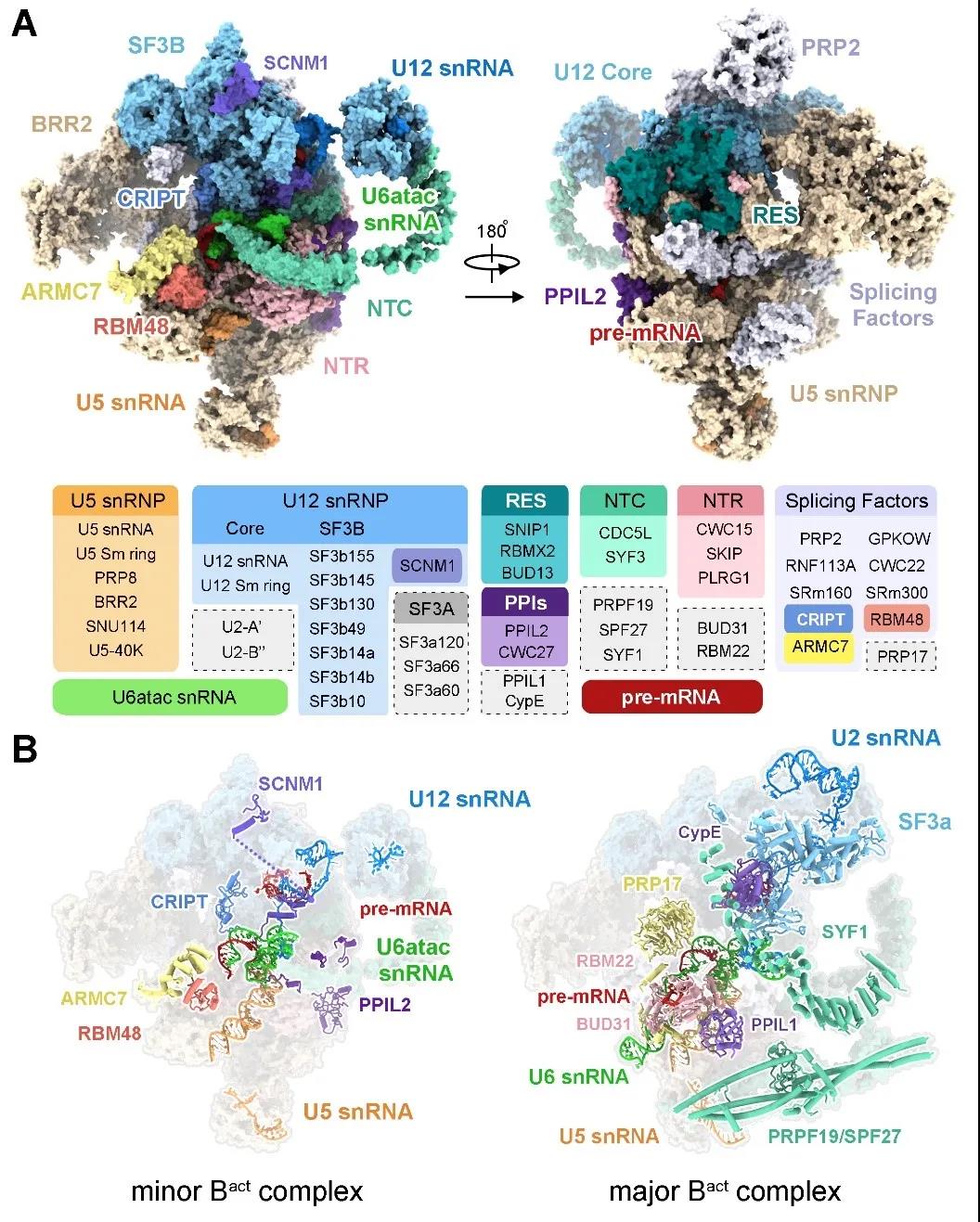 Figure 3 The three-dimensional structure of the human secondary spliceosome

The structure of the human-derived minor spliceosome Bact complex analyzed in this paper was the first to observe the three-dimensional structure of the U6atac snRNA and U12 snRNA, which are unique components of the minor spliceosome, and reveal the structural basis for recognizing the splice site of U12-type introns. The three-dimensional structure of the active site and catalytic center of the minor spliceosome is shown once. In the active site of the secondary spliceosome, two key catalytic magnesium ions are coordinated and bound by the surrounding RNA, which provides the basis for the splicing reaction. The successful analysis of this structure identified five brand-new protein components for the first time. They participate in the formation of secondary spliceosome and therefore play an important role in the splicing of U12-dependent introns.

SCNM1 and CRIPT are the unique components of U12 snRNP, which are involved in recognizing and stabilizing the splicing site on introns; RBM48 forms a complex with ARMC7 and binds to the 5’end of U6atac snRNA, binding and protecting the unique γ-formaldehyde of U6atac snRNA The base phosphate cap structure stabilizes the conformation of U6atac snRNA. 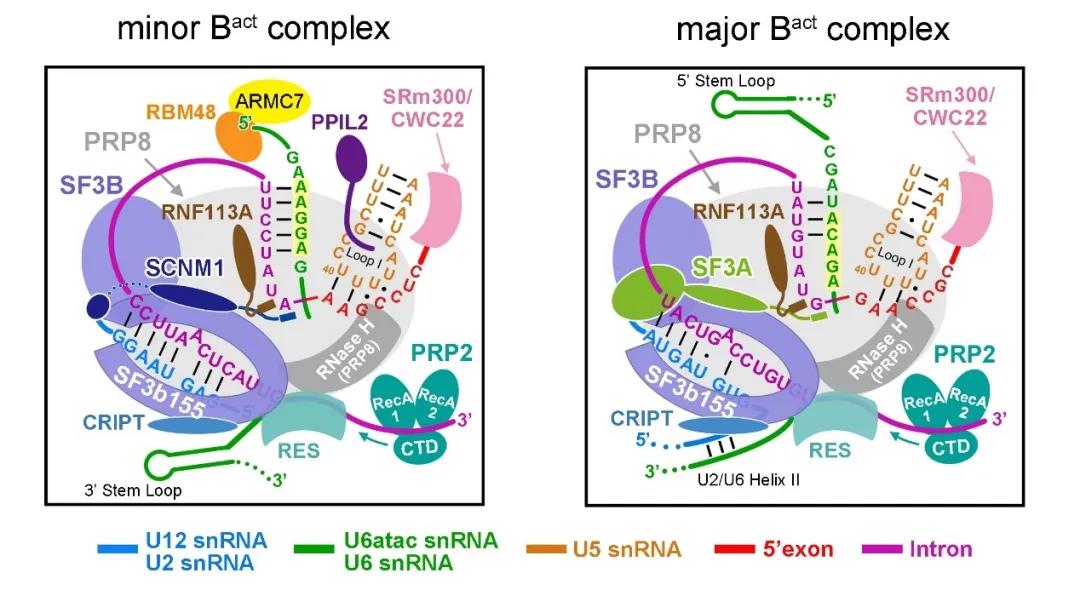 The electron microscopy data was collected on the cryo-electron microscopy platform of Tsinghua University, and the calculation was supported by the high-performance computing platform of Tsinghua University and the National Protein Facilities Experimental Technology Center (Beijing). The results of this research came from the West Lake Laboratory and received funding support from the West Lake Education Foundation, Beijing Advanced Innovation Center for Structural Biology (Tsinghua) and the National Natural Science Foundation of China.