It was found that the brain was shrinking in the film, is it serious? Is it about to be demented? Is there any good way to effectively prevent the occurrence of this disease etc… 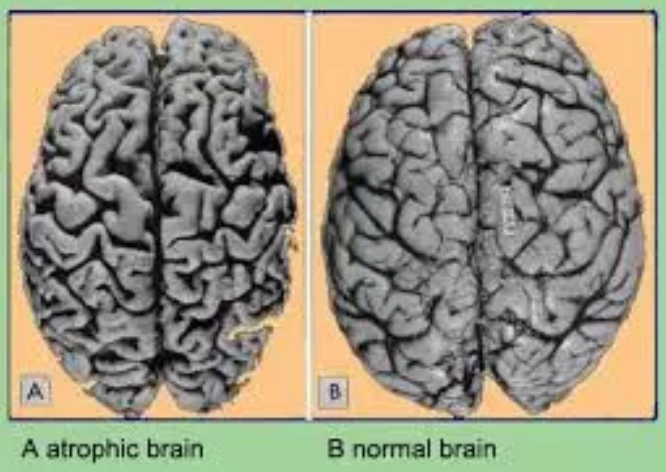 1. What is brain atrophy?

In fact, in life, we also often encounter some elderly people who are slow to move, and have confusion in language and intelligence.

More serious ones may be that their memory is not as good as before. Some people even experience major changes in personality.

Many people don’t quite understand why there is such a change, which is probably caused by brain atrophy. “Brain atrophy” refers to the reduction in the volume of brain tissue and the number of cells due to various reasons.

On CT or MRI, it will show “enlarged ventricles, widened sulci, and narrowed gyri”. Brain atrophy can be atrophy of the whole brain. It can also only appear in a certain part of the brain.

The disease mostly occurs in men over the age of 50, and relatively few women, and it lasts from several years to several decades. It is a common imaging manifestation during CT or MRI examination.

2. Does brain atrophy mean that you are about to have dementia?

If it is a brain atrophy found in a physical examination, you may be most worried about whether it will develop into dementia.

Although dementia is often accompanied by atrophy of the whole brain or atrophy of certain specific parts, brain atrophy does not necessarily mean dementia or other symptoms.

Certain diseases may be accompanied by brain atrophy. The location and degree of brain atrophy are also related to the type of disease.

Therefore, after the physical examination finds that the brain is atrophy, don’t just ignore it, but don’t ignore it. If necessary, go to the neurology clinic.

With the help of a doctor, determine whether it is caused by age or disease. If it is related to disease, try to do it early. Diagnose and treat early to delay the development of the disease.

3. How to prevent brain atrophy?

In the face of the quietly coming brain atrophy, the medical community is currently helpless. Is there no way to shrink the brain? No! Medical scientists have found that the formation of brain atrophy is related to the following factors.

There are many reasons for brain atrophy. The most common is age-related atrophy.

The brain gradually increases in volume from birth and develops into a mature fruit during puberty.

It’s like everyone has wrinkles, brain atrophy is also a natural phenomenon that no one can avoid.

Insufficient blood supply to the brain:

Therefore, once the middle-aged and elderly people find factors that affect brain blood supply and oxygen supply, they should be actively excluded, such as lowering blood pressure, lowering blood lipids, etc.; especially those suffering from sleep apnea syndrome and sick sinus syndrome should go to the hospital in time For medical treatment, use a ventilator and install a cardiac pacemaker when necessary. Improper diet, malnutrition:

Insufficient sleep, using the brain with illness, unwilling to use the brain, etc., can easily lead to brain cell damage and even brain atrophy.

The main way for the brain to eliminate fatigue is sleep. Excessive use of the brain at night will disturb the rhythm of the human body and cause the attenuation of brain cells.

When you are unwell or suffering from a disease, reluctantly insisting on studying or working will not only be inefficient, but also easily cause brain damage. Therefore, generally do not use the brain with illness;

Thinking is the best way to exercise the brain. It helps to develop the potential of the brain and prevent brain atrophy.

Studies have shown that the brain blood vessels of people who use the brain are mostly in an expanded state, and the brain tissue has sufficient blood and nutrient supply, which provides a material basis for delaying brain aging.

If brain atrophy is caused by these diseases, then the patient will show the corresponding symptoms of the disease, such as dementia, speech disorder, movement disorder, limb twitching, etc.

The doctor can diagnose according to the clinical manifestations and corresponding examinations. 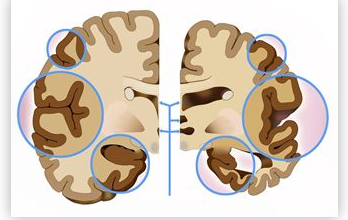 Brain atrophy is a common neuroimaging manifestation in middle-aged and elderly people.

When brain atrophy is accompanied by neurological abnormalities such as epilepsy, dementia, and aphasia, we need to pay attention to it and seek medical treatment in time.

For age-related brain atrophy, there is no need to worry about it.