With the development of biology and medicine, humans’ understanding of cancer and their own immune system has gradually deepened, and humans have made major breakthroughs in the field of cancer treatment, especially represented by PD-1/PD-L1 immune checkpoint inhibitors. The emergence of cancer immunotherapy can be said to have completely changed the pattern of cancer treatment and brought hope for cancer patients.

In order to solve this problem, on the one hand, scientists are exploring ways of combining drugs to enhance the efficacy of existing immune checkpoint inhibitors. On the other hand, they are actively discovering new immune checkpoints to benefit more cancer patients without medicine.

This study discovered a potential new target for immunotherapy of malignant brain tumors-CD161. Current research shows that CD161, as a molecule that inhibits the anti-cancer activity of immune T cells, has been resisting the application of a breakthrough cancer treatment based on the human immune system, that is, immunotherapy.

Glioma is the most aggressive and incurable type of brain tumor, but the scientific community knows little about the gene expression program of T cells in diffuse glioma. This molecule, called CD161, is an inhibitory receptor. Scientists first discovered this molecule on T cells isolated from fresh samples of brain tumors from diffuse gliomas.

Studies have shown that CD161 receptor is activated by a molecule called CLEC2D on tumor cells and immunosuppressive cells in the brain. The activation of CD161 will weaken the response of T cells to tumor cells, thereby inhibiting the effectiveness of immunotherapy.

Experimental strategy for this study

Immediately afterwards, the analysis of the clone-expanded tumor-infiltrating T cells further identified the NK gene KLRB1 (encoding CD161) as a candidate inhibitory receptor. To determine whether blocking the CD161 pathway can restore the ability of T cells to attack glioma cells, the researchers disabled it in two ways-knocking out the KLRB1 gene encoding CD161 or using antibodies to block the CD161-CLEC2D pathway. 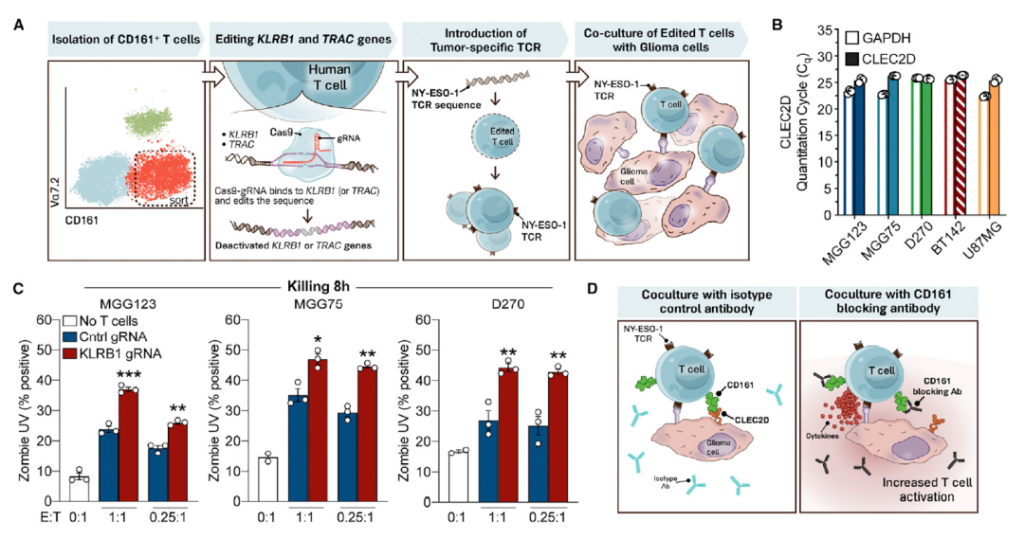 More convincingly, in the mouse model of glioma, blocking the CD161-CLEC2D pathway strongly enhanced the lethality of T cells against tumor cells and improved the survival rate of experimental mice. In addition, blocking the inhibitory pathway seems to reduce T cell failure-the loss of T cell killing function has been a major obstacle to immunotherapy. 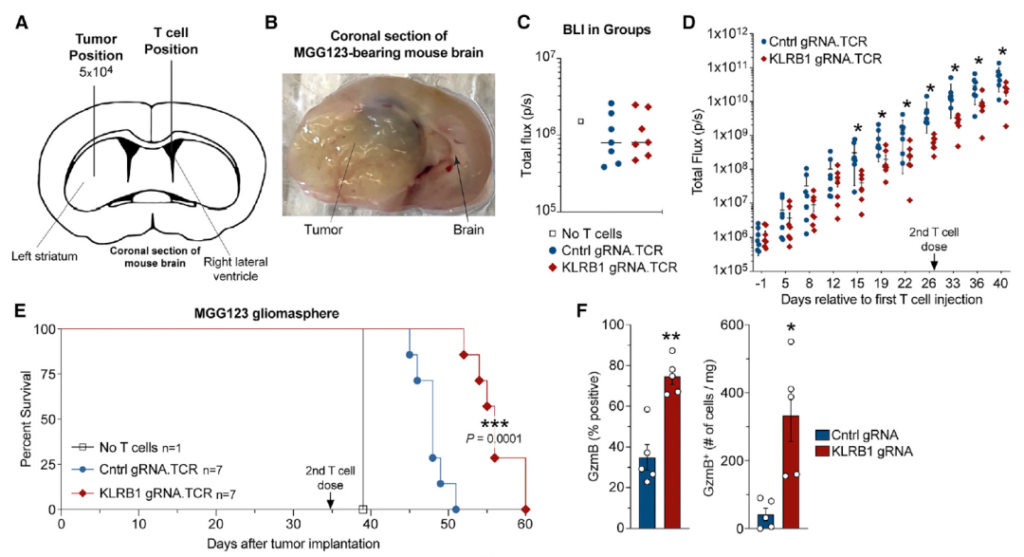 In this regard, the research team said that these findings indicate that this pathway is also associated with many other major human cancer types, including melanoma, lung cancer, colorectal cancer and liver cancer.

Nowadays, many cancer patients are receiving immunotherapy. Immunotherapy drugs can disable the molecular brakes of cell proliferation-“immune checkpoints”, and blocking these checkpoints will guide the immune system to attack cancer cells, among which PD-1/PD- The L1 checkpoint is the most common treatment target.

However, recent drug trials for PD-1 in glioblastoma have not benefited patients. Recent studies have found that the proportion of T cells expressing CD161 in glioma patients is higher than that of PD-1 expressing T cells, which means that CD161 may be a very attractive new target for glioma immunotherapy.

The research team said that by mapping the T cell expression program of the main types of diffuse glioma, the CD161-CLEC2D pathway was identified as a potential target for the immunotherapy of diffuse glioma and other human cancers. . 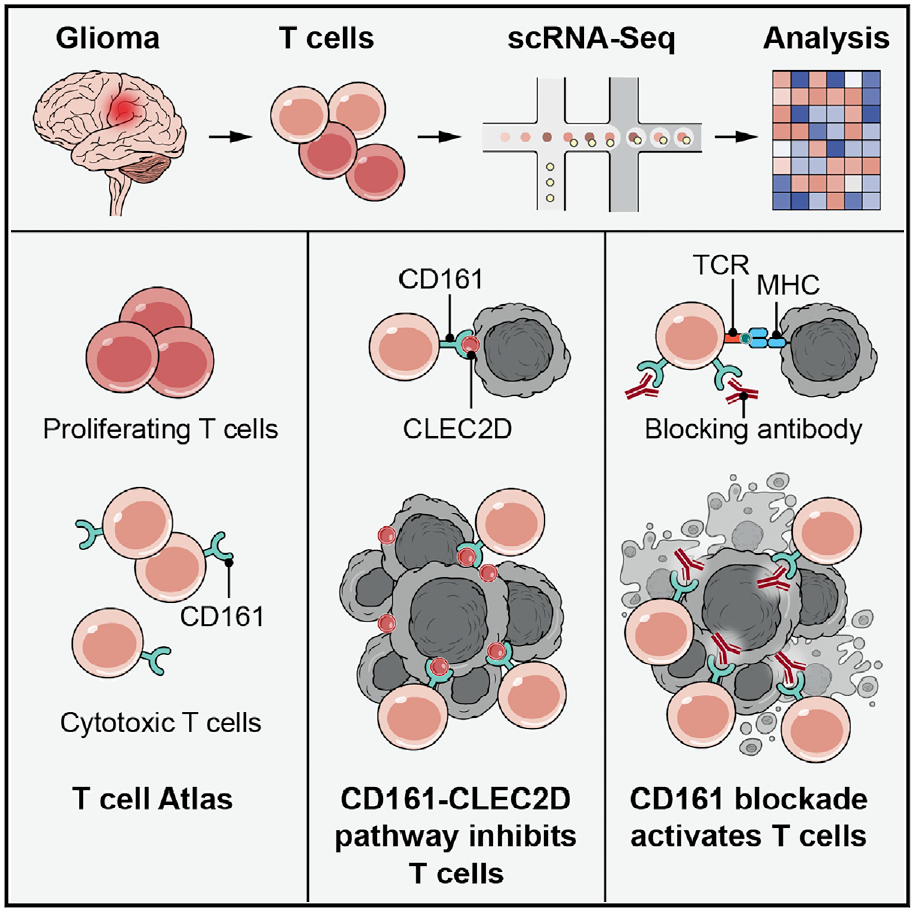 All in all, this research work not only provides humans with a map of the T cell gene expression patterns of malignant brain tumors, but also emphasizes that CD161 and other natural killer cell receptors can be used as new, new targets for immunotherapy, or can be used for new types of immunity Development and design of therapeutic drugs!