Harvard University discovered cancer cells had begun to appear in the body at 19, but cancer was diagnosed at the age of 63.

As we all know, age is the biggest risk factor for cancer, and the median age of all cancer patients diagnosed is 66 years old. However, more and more evidences show that cancer will develop slowly over a long period of time before showing obvious symptoms. Therefore, when cancer is diagnosed, cancer cells have often grown secretly for several years.

But so far, we still haven’t figured out an important question: when did cancer first appear?

The research team collected bone marrow stem cells from two patients with myeloproliferative tumors, and through single-cell genome sequencing, they reconstructed the evolutionary history of their cancer cells and traced the timeline of the cell mutations that led to their cancer.

This shows that, in at least some cases, cancer cells have appeared as early as 40 years before the diagnosis.

In order to study and determine the origin of a person’s cancer, the research team collected bone marrow stem cells from two patients with myeloproliferative tumors driven by mutations in the JAK2 gene. Then, many cancer stem cells containing JAK2 gene mutations and normal stem cells were isolated from these two patients, and then single-cell whole-genome sequencing was performed on each cell.

Over time, non-hereditary somatic mutations will appear in the cell’s genome. This spontaneous mutation is often harmless. Two cells that divide from the same mother cell will have very similar somatic cells. Mutant genetic fingerprints, when cells divide for many generations, two distant cells with the same ancestor will accumulate different mutations over time, so their common mutations will become rare.

After analyzing the fingerprints of these genetic mutations, the research team created a phylogenetic tree that maps the relationship between stem cells and their common ancestors. Through this developmental tree, the research team was able to reconstruct the evolutionary history of these cancer cells and traced it back to the first cell with a mutation in the JAK2 gene, which is the common ancestor of these cancer cells in the patient. 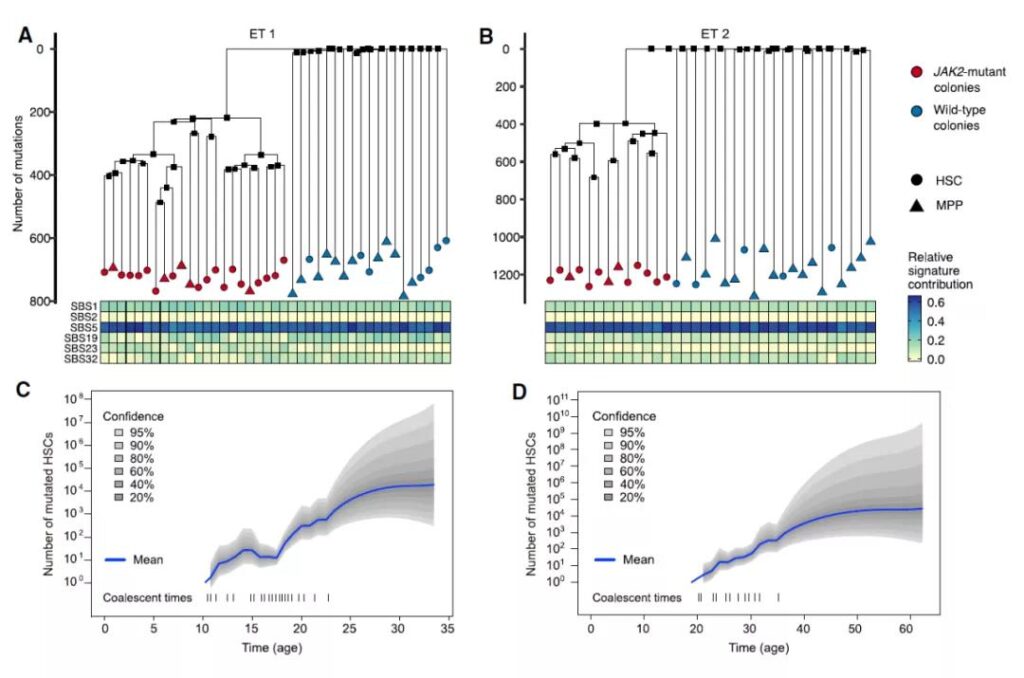 By studying the relationship between these cells, the research team can also estimate the change in the number of cells carrying mutations over time, allowing them to reconstruct the history of cancer progression: initially, only one cell had a JAK2 gene mutation. Then, in the next ten years, there were only about 100 cancer cells. But as time continued to elapse, this number began to increase exponentially, and the number of cancer cells quickly increased to thousands. 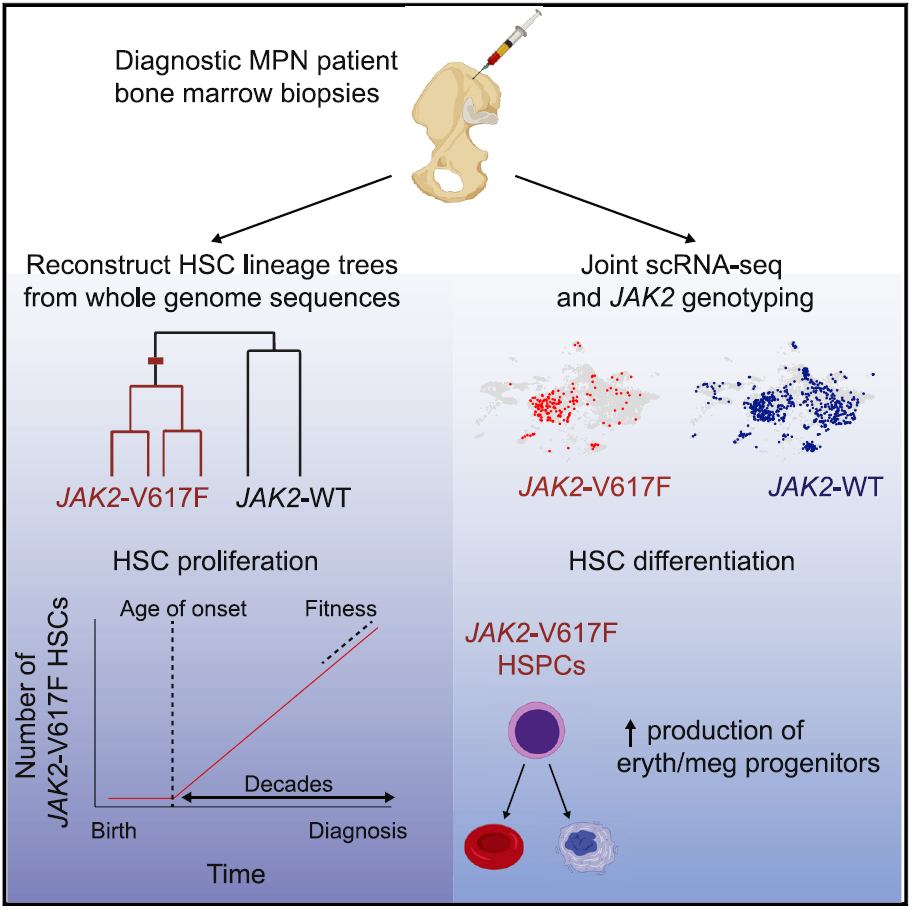 The study also found that JAK2 gene mutations have certain adaptive advantages, which can help cancer cells outperform normal bone marrow stem cells for a long time. The degree of this adaptive advantage may be an explanation for the faster development of the disease in some patients.

The team’s current work includes developing early detection techniques to reconstruct the history of more cancer cells and investigating why some people have genetic mutations that never develop into cancer.

In general, the study used single-cell sequencing technology to reconstruct the evolutionary history of cancer cells and successfully tracked the timeline of the initial genetic mutations that led to cancer. It shows that some cancers have actually started secretly growing decades ago.

More importantly, these research results provide new ideas for the development of new early cancer diagnosis methods, and will help identify rare oncogene mutations that are currently difficult to detect. If cancer-causing gene mutations can be detected when patients first appear, it will undoubtedly greatly increase the success rate of cancer treatment and prevention.