10 questions and answers about monoclonal antibody drugs.   Such drugs play a pivotal role in the treatment of autoimmune diseases and cancer. 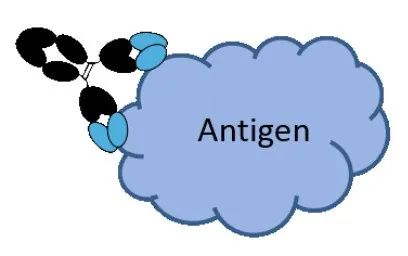 Monoclonal antibodies, mRNA/DNA vaccines, CAR-T cells, etc. are popular biological products nowadays, which play an important role in the field of disease prevention and treatment. Most of these technologies originated in the 1980s, which are independent of each other and developed in concert to jointly protect human health. Today, here, I would like to give you a brief introduction to the development of monoclonal antibody drugs (mAbs) in the form of question and answer. Such drugs play a pivotal role in the treatment of autoimmune diseases and cancer. 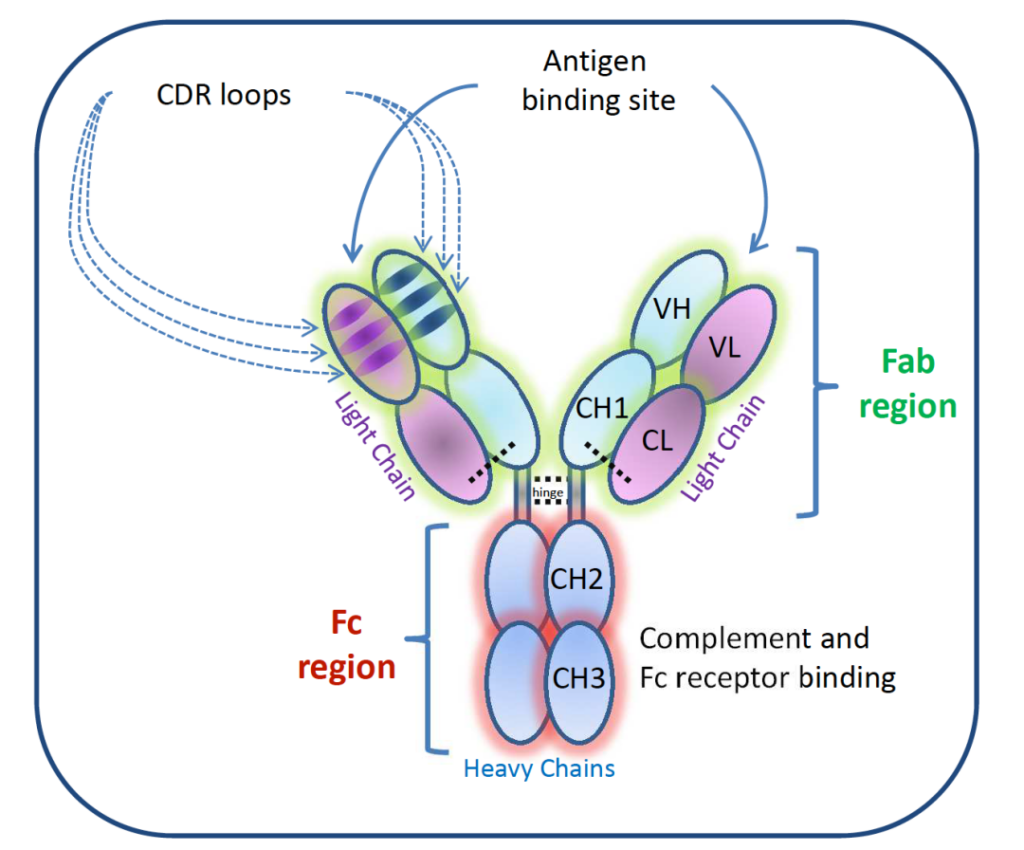 Monoclonal antibody (mAb) is a highly uniform antibody produced by B cells that only targets a specific epitope. A “Y”-shaped immunoglobulin used to identify and remove foreign substances such as bacteria and viruses. A single B cell can only encode one antibody in its lifetime. Generally, natural antibodies are composed of two heavy chains (H chains) and two light chains (L chains). The heavy chain is longer and the relative molecular weight is larger; the light chain is shorter and the relative molecular weight is smaller; the chains are connected by disulfide bonds and non-covalent bonds to form a monomer molecule.

▉ 2: What is the most important technology in the preparation of mAbs?

It is a hybridoma technology developed in 1975. Thanks to this technology, mAbs have been prepared in large quantities for basic research and have clinical transformation capabilities, opening a new era of monoclonal antibody drug development. The general principle is to fuse B lymphocytes and bone marrow cells to form hybridoma cells that survive long-term in vitro and secrete immune proteins. Through cloning, a monoclonal line derived from a single hybridoma cell, that is, a hybridoma cell line, can be obtained. The antibodies it produces are monoclonal antibodies directed against the same antigen-binding site. 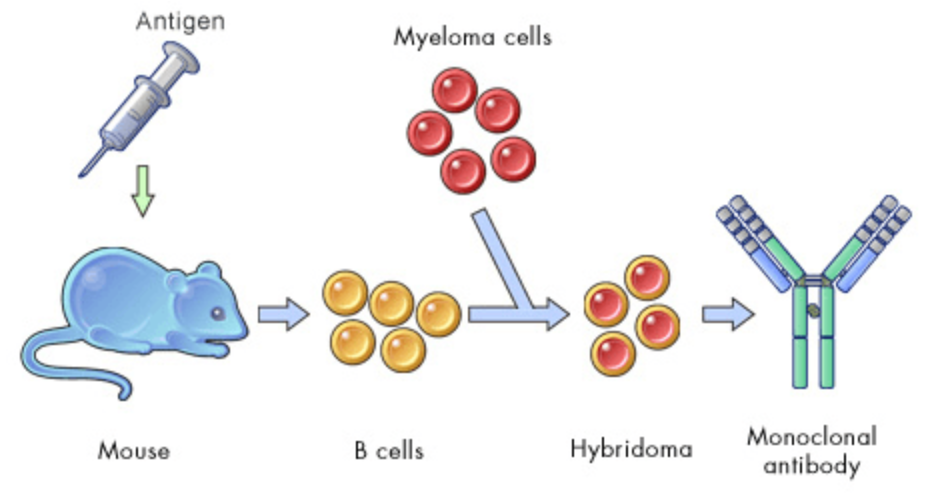 ▉ 3: What are the four stages of mAbs development?

▉ 4: The basis and direction of mAbs development?

▉ 5: How many types of mAbs drugs are roughly divided into? 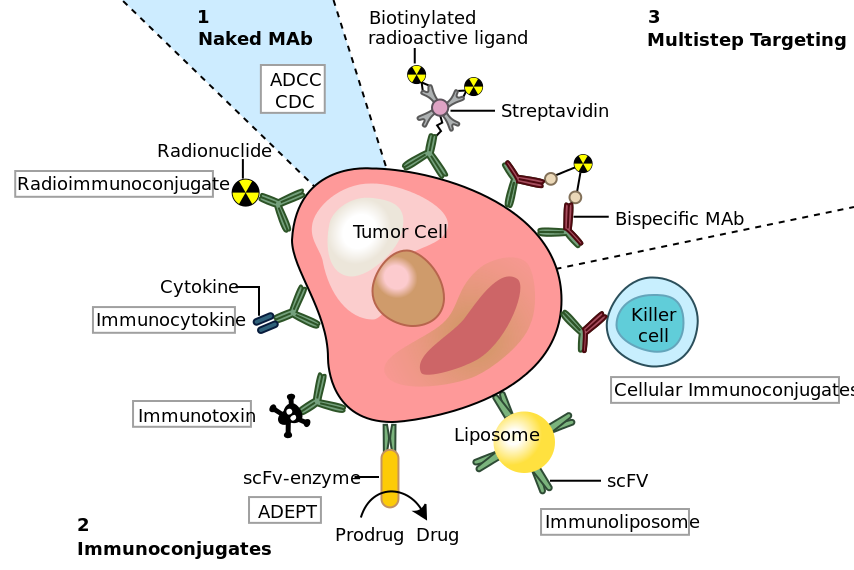 ▉ 6: Which field of mAbs currently has the most products? 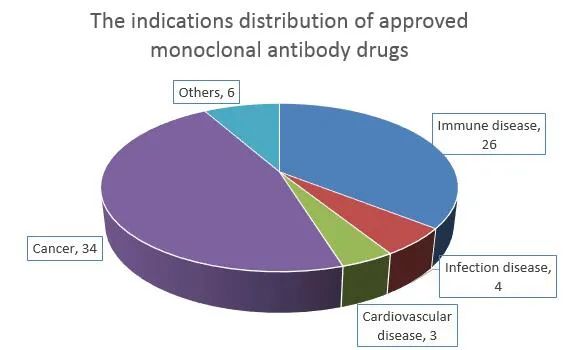 The FDA has approved 79 therapeutic mAbs for marketing, 30 of which are used for cancer treatment. The target of mAbs is becoming more and more extensive, and cancer, immunology, and hematology diseases dominate. Most mAbs have multiple indications, at least one of which is related to cancer. Including lymphoma, myeloma, melanoma, glioblastoma, neuroblastoma, sarcoma, colorectal cancer, lung cancer, breast cancer, ovarian cancer, head and neck cancer, etc. Therefore, the cancer field has the most mAbs products that can be used for treatment. In 2018, the United States approved 12 mAbs. Most of these products were approved for non-cancer indications, which also reflects the high approval rate of mAbs as treatments for other diseases.

▉ 7: When did the first mAbs appear? 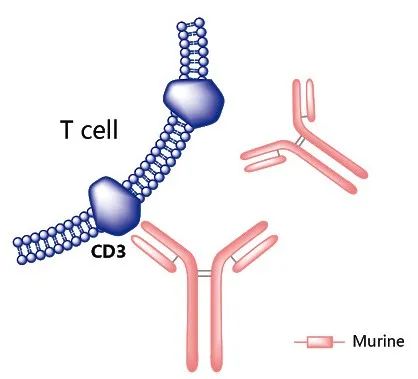 In 1986, the US FDA approved the first monoclonal antibody drug, the active ingredient muromonab-CD3 (generic name Orthoclone OKT3, 1986-2010). It was first developed, produced and sold by Janssen-Cilag, and it is the only mouse monoclonal antibody approved for marketing. As an immunosuppressant, it is mainly used to suppress rejection in organ transplantation. Due to the early development of the drug, it is also the only monoclonal antibody drug that is not named in accordance with the WHO monoclonal antibody naming rules. Due to the serious side effects of the drug and the impact of subsequent similar drugs on the market, the market is shrinking day by day. The manufacturer delisted it in 2010 (the deadline for market circulation is July 30, 2011). From the launch of Orthoclone OKT3 to today, significant changes have taken place in antibody preparation technology. Today’s antibody drugs have high specificity and low side effects, so that they can meet market demand.

▉ 8: How many mAbs are there, and how is the development speed in recent years?

At least 570 therapeutic mAbs are undergoing clinical trials worldwide. As of December 2019, the US FDA has approved 79 therapeutic mAbs. This number is still increasing significantly, and the development rate can be felt through the number of nodes. Between 2008 and 2017, 48 mAbs were approved, and as of the end of 2017, 61 mAbs were available for clinical use. According to official website data, between 2018 and 2019, 18 new antibodies were approved. Therapeutic mAbs are becoming more and more important in the field of disease treatment. In the past 25 years, mAbs have become the main treatment for many diseases. Advances in technology have made the discovery and development of mAbs faster and more efficient.

▉ 9: What is the profit prospect of mAbs? 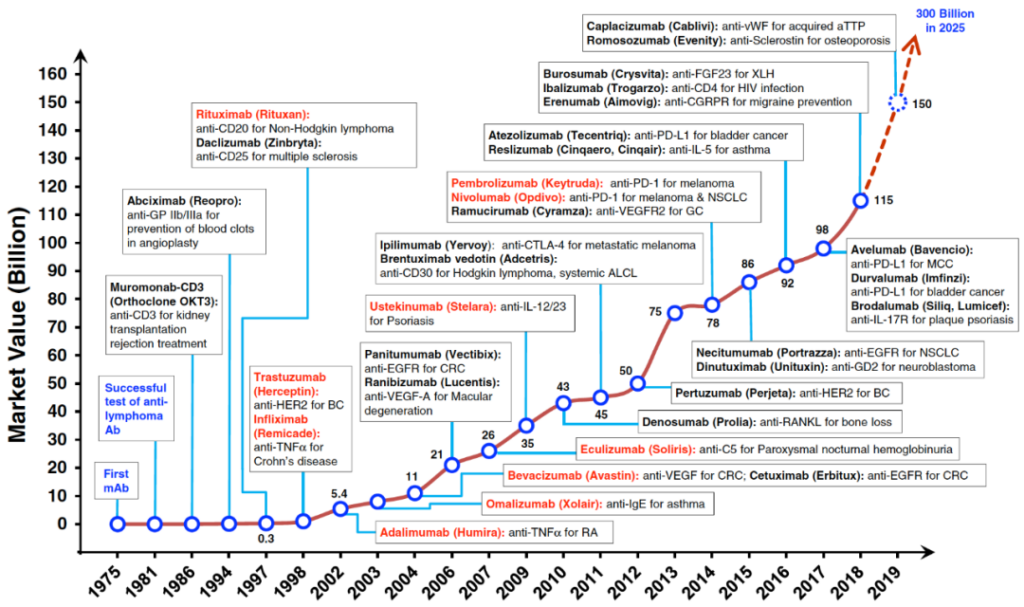 In the 21st century, biological drugs gradually surpassed chemical drugs to occupy the pharmaceutical market. In 2018, 8 of the top 10 drugs sold globally were biologics. In the past five years, antibody drugs have also been among the best in the pharmaceutical market. In 2018, the global therapeutic monoclonal antibody market was valued at 115.2 billion U.S. dollars, rising to 150 billion U.S. dollars at the end of 2019, and is expected to reach 300 billion U.S. dollars in 2025. The development of therapeutic antibody drugs has exploded and has been approved for the treatment of various human diseases, including cancer, autoimmune, metabolic and infectious diseases. In 2018, the annual sales of a variety of monoclonal antibody products exceeded US$3 billion, and another 6 products exceeded US$6 billion (adalimumab, nivolumab, pembrolizumab, trastuzumab, bevacizumab, rituximab), among which adalimumab (adalimumab) was a biologic drug The highest sales record, nearly 19.9 billion U.S. dollars.

▉ 10: Which companies are occupying the current mAbs market?