Nature Medicine: The biggest microbial threat in the future

Nature Medicine: The biggest microbial threat in the future.  Infectious pathogens transferred from non-human species to humans, and even pathogens other than coronaviruses, seem to be becoming more and more dangerous.

Although many health experts around the world must continue to pay attention to the virus pandemic caused by SARS-CoV-2, similar viruses and microorganisms, such as bacteria, may create the next global killer. Experts discussed the most likely culprit.

In 2019, Corona Virus Disease 2019 (COVID-19) raged in the winter, with more than 92 million confirmed cases worldwide and nearly 2 million deaths. Even in this case, it is difficult for us to consider whether there may be a similar situation, waiting for the next breakthrough in human vulnerability to disease. But this is exactly what health experts around the world must consider to prevent or reduce the impact of other potential pandemic causes. But equally important is that this kind of thinking should be urgent, or is already in progress. 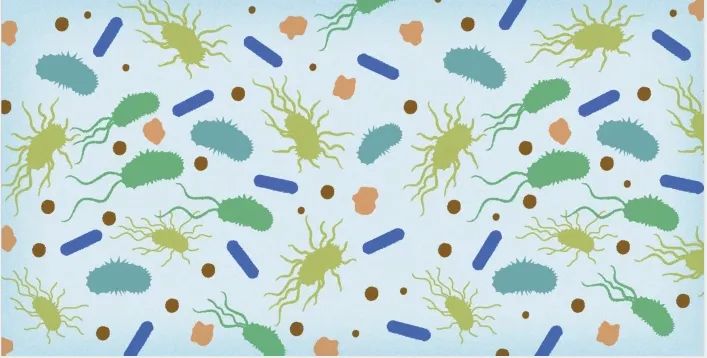 In this case, novel or even unimaginable diseases have brought the greatest fear to some people, but some experts believe that there are many types of known diseases that need to be worried more, and have very high risks. For example, Amesh Adalja, a senior scholar and epidemiological prevention expert at the Johns Hopkins Center for Health Security, said: “The biggest threats still come from those we have identified.” What is the biggest global threat? Adalja chose the influenza virus and pointed out that its ability to cause a pandemic is based on its genetic structure, and it is only a matter of time before a new strain with efficient human-to-human transmission appears. This view has been proved by more and more researchers.

According to a list of fatal influenza outbreaks, we can know that the influenza pandemic of 1918-1919 caused about 50 million deaths, more than one-third of the world’s population. And in the influenza pandemic from 1957 to 1958, about 1 million people died, including the number of deaths caused by other factors. It can be inferred that influenza is not the only known threat.

As the SARS-CoV-2 epidemic continues to ravage many parts of the world, other members of the coronavirus family cannot be ignored. The U.S. Centers for Disease Control and Prevention has listed 7 coronaviruses that can infect humans, accounting for only a small part of the hundreds of coronaviruses. Adalja said that although MERS and SARS, the two respiratory syndromes caused by coronaviruses, have not spread very effectively in humans, this year’s events have shown that this virus family must be taken more seriously than in the past. For example, MERS is not easy to spread from person to person, but about 35% of infected people die, which makes it much more deadly than COVID-19.

In 2018, Adalja wrote: “The most naturally-occurring global catastrophic biological risk level threat facing humans comes from an RNA virus that infects the respiratory system. Therefore, this type of microorganism should be a priority for prevention.” This view has been received. It is widely recognized because SARS-CoV-2 is such a virus. “From a broader perspective, any respiratory virus that effectively spreads, regardless of whether it comes from the influenza or coronavirus family, should not ignore its potential pandemic potential, because they all have these similar characteristics-transmission efficient.”

In addition to guarding against the coronavirus, public health experts must also guard against other known microbial threats, such as antimicrobial-resistant (AMR) bacteria. Even now, these microorganisms cause approximately 700,000 deaths worldwide each year, and multidrug-resistant tuberculosis accounts for one-third of them. Experts have predicted that the number of deaths related to antimicrobial resistance in the future will far exceed this number. The United Nations Interagency Coordination Group on Antimicrobial Resistance warns that by 2050, drug resistance Diseases can cause 10 million deaths each year. Linfa Wang, professor of the Duke National University of Singapore Medical School’s Emerging Infectious Diseases Program, said: “Antibiotic resistance is still a key issue, but at least we can carry out systematic and targeted Surveillance and surveillance, which will provide some early warning. “Although we have recognized the potential danger of AMR bacteria, few pharmaceutical manufacturers pay attention to this growing risk. “Common bacterial infections will continue to develop resistance to antibiotics, and there are very few new developments in the antibiotic portfolio of pharmaceutical companies,” said Moses Alobo, COVID-19 chairman of the African Academy of Sciences and project manager of the Grand Africa Challenge. “So we Of hospitals are threatened by AMR species.”

Infectious pathogens transferred from non-human species to humans, and even pathogens other than coronaviruses, seem to be becoming more and more dangerous. According to Iruka Okeke, Professor of Pharmaceutical Microbiology at the University of Ibadan in Nigeria, “As the population and livestock numbers grow and expand into new fields and niches, there are millions of animal viruses that are becoming more and more common. It may be transferred to humans. However, by now, millions of people will get sick or die due to the threat of existing pathogens. “Many existing zoonotic threats pose serious public health challenges. “For example, Alobo pointed out that viral hemorrhagic fevers such as Ebola, Marburg, Lassa fever and yellow fever are potentially dangerous. Some of these infections are far more deadly than SARS-CoV-2. On average, Ebola The virus will kill about half of the infected people, but some epidemics will cause 90% of the infected people to die. This is about the same as the number of deaths caused by the Marburg virus.

Tracking zoonotic diseases also poses a problem. Wang said, “For emerging zoonotic diseases, we do not yet have a reliable and affordable surveillance system, so the response measures are always passive, not proactive.” Moreover, there are many things that need to be monitored. More than a decade ago, scientists reported that more than 70% of new pathogens came from animals. Therefore, it is difficult to stay ahead of these potential threats.

4 Deal with the unknown

In many ways, the healthcare system will still respond to deadly infections. For example, Kevin Marsh, a senior consultant at the African Academy of Sciences, said, “Due to the nature of this danger, we cannot predict the timing of the next threat or the pathogen, but we can say with certainty that there will be new threats. The key to our response is Actively monitor and establish a mechanism to quickly identify and respond to new epidemics. Therefore, an advanced surveillance system can even prevent another disease from spreading so quickly around the world.” Alobo said: “The world needs to establish a suitable microbial monitoring network. To monitor the development of infections in the area, at least one pathogen genetic monitoring team is responsible. At the same time, we also need an early warning system.” Maybe the early warning system will help. But in the face of so many uncertainties, the health care system cannot respond after the outbreak.

Likewise, the public’s response to COVID-19 has made experts wonder. A year ago, Okeke believed that the biggest challenge to microbial threats would come from testing and developing vaccines. But after personally experiencing the public’s response to COVID-19, she said that the biggest challenge will be to convince people to take necessary measures to protect humans from threats. Okeke said: “Despite the rapid success in detecting SARS-CoV-2 and the development of several effective vaccines, it is impossible to keep people at home or wear masks to avoid transmission in most countries. When asked them to choose between not taking a holiday or posing a fatal threat to other people’s lives, many people choose the latter, and we have to assume that they will do the same.” Therefore, the preparation work goes beyond science and goes deep into the world. Societies everywhere.

Figuring out how to achieve this goal will depend on multiple forms of research. For example, Okeke said, “I want to see some political, social, and behavioral scientific research so that public health authorities can better understand how to persuade people to make life-saving decisions during a pandemic. The need to improve policy decisions and Not limited to citizens or hospitals.” As Wang discussed, in the context of accurately reporting abnormal cases in real time and a unified international pandemic prevention system that is as far away from geopolitics as possible, the real difference will come from the policy and legal framework. change. At the same time, more basic science should be taken seriously. Okeke recommends more research on the biology of infectious diseases, including epidemiology, microbiology, immunology, and vaccine development, because this type of research can help scientists predict the next major threat and its most likely source. TheCOVID-19 virus prevents the development of the epidemic faster.

6 Look at the problem from a sustained perspective

Public health experts know that people are always paying attention to serious infectious diseases, not the biggest disaster in the global health field, such as the flu of 1918 and the current COVID-19 pandemic. Investing as much as possible in ongoing research around the world may yield many benefits. Okeke said, “In addition to avoiding the next public health disaster, this will also make it possible for us to solve the local threats that have plagued us for centuries. If we cannot coordinate discovery and action, continuing to do so will become a major trend. “The world may never be able to get rid of the threat of microbes, but the combination of research and technology can greatly reduce the chance of disease getting out of control. However, to achieve this goal, it is necessary to stay ahead of these diseases as much as possible.