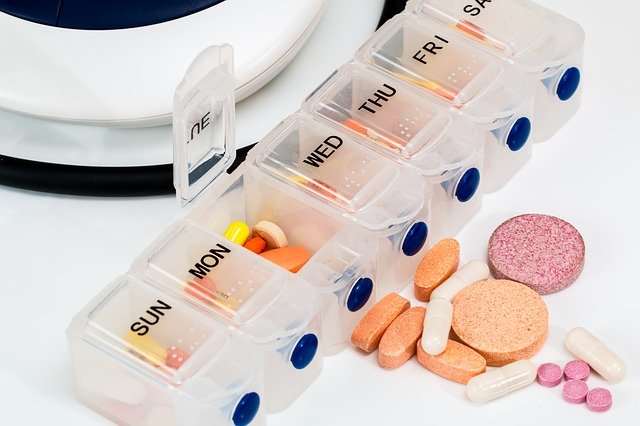 There are many mechanisms, mainly including the following 7 aspects:

One of the most direct ways for tumors to develop resistance to drug therapy is to block or restrict the entry of drugs into the site of action through physical mechanisms. One of the mechanisms is to increase the expression of ABC transporter family proteins such as MDR1 and BCRPs. An effective drug must be able to pass through the cell membrane and must avoid being excreted outside the cell by efflux transporters. Overexpression of efflux transporters is associated with resistance to many chemotherapeutic drugs, such as vinblastine, vincristine, adriamycin, daunorubicin, and paclitaxel.

The drug molecules most susceptible to this resistance mechanism are chemotherapy drugs such as methotrexate, 5-fluorouracil, 8-azaguanine, and cisplatin. They have been shown to use transporters such as solute carriers (SLCs) to enter in the cell.

Many anti-tumor drugs have relatively complex mechanisms of action, and some require metabolic activation. For example, cytarabine (ara-C) is a nucleoside-containing drug that is most commonly used in patients with acute myeloid leukemia. Deoxycytidine kinase catalyzes the conversion of drugs into cytarabine monophosphate, which is subsequently phosphorylated into the active substance cytarabine triphosphate. It is reported that the mutation or down-regulation of enzymes such as deoxycytidine kinase can induce drug resistance. The metabolic inactivation of such nucleoside analogs can also be achieved by the actions of adenosine deaminase, cytidine deaminase and purine nucleoside phosphorylase.

The drug metabolism activity of the cytochrome P450 family is also involved in this resistance mechanism. Irinotecan, an inhibitor of topoisomerase I, is used in the treatment of colon cancer. The concentration of P450 can be induced or up-regulated during the course of drug treatment, leading to a large amount of metabolism of the inhibitor and reducing the patient’s drug exposure.

The combination of drugs and glutathione (GSH) is also involved in this resistance mechanism. GSH is an antioxidant that helps protect cells from reactive oxygen species (ROS). When platinum-containing anticancer drugs such as cisplatin and oxaliplatin bind to GSH, it makes them a substrate of ABC transporter, thereby enhancing drug efflux. These drugs may also be easily inactivated by the small cysteine-rich protein metallothionein (MT).

Drug targets may acquire resistance to therapeutic molecules in a variety of ways, among which target mutations are one of the most common mechanisms.

The Cancer Genome Atlas (TCGA) uses sequencing methods to identify mutations in thousands of tumors in 12 major cancer types. Activating mutations of oncogenes such as EGFR, RAS, RAF and PI3K are the key driving factors of many cancers. Many tumor suppressor genes such as PTEN, Rb and p16INK4a will be mutated and inactivated. These gene mutations can affect the properties and behavior of proteins. Multiple influences.

Resistance mutations usually result in single base or amino acid substitutions. A well-recognized example is the T315I mutation in ABL when treating patients with chronic myelogenous leukemia. This residue is called the “gatekeeper” in protein kinases because it affects the size and nature of the binding group in the “selectivity” or “back” pocket.

In this example, the “wild-type” residue is a small and hydrophilic threonine, which has been replaced by a T315I mutation with a larger and more lipophilic isoleucine, resulting in interaction with targeted drugs such as imatinib. Space conflict. Therefore, coding mutations of gated residues in protein kinases are one of the most common resistance sites, and this can also be observed in many other kinases such as EGFR, ALK, and ROS1.

If the mechanism of action (MOA) of a drug molecule is achieved through competition with a cofactor (or substrate), then if the affinity of this cofactor or substrate with the target protein increases, drug resistance will develop.

One of the most typical examples of this effect is the effect of the T790M gating mutation in EGFR on the activity of inhibitors (such as gefitinib and erlotinib). When this mutation was first discovered, it was thought that it was most likely to be affected by steric hindrance, similar to T315L in BCR/ABL. However, it was later discovered that the main effect of the T790M mutation was due to the increased affinity of the kinase for adenosine triphosphate (ATP), which significantly reduced the activity of these drugs in cell experiments.

In some cases, cancer cells can change their driver genes to achieve resistance to treatment, which may involve reactivation of the targeted signaling pathway, or another activated alternative pathway to circumvent targeted inhibition.

For example: in the treatment of BRAF-mutated melanoma with RAF inhibitors, mutations in NRAS, MEK and ERK, amplification and alternative splicing of BRAF, alternative regulation of MAP-3 kinase, etc., are all possible by reactivating RAS-MAPK Pathways to independently drive resistance.

The ultimate goal of most cancer drugs is to trigger selective cell death of tumor cells, and the destruction of the apoptosis mechanism may affect the resistance of anti-cancer drugs, especially certain chemotherapy resistance seems to be related to defects in the cell death mechanism. Recent studies have shown that the anti-apoptotic protein MCL-1 plays a key role in the adaptive resistance of tumor cells to a series of targeted therapies.

Phenotypic transition (also known as “cell plasticity”) is a change between multiple cell morphologies, and it can be used as a drug resistance mechanism independent of drug targeting pathways. This plasticity of tumor cells may lead to phenotypic changes, and the phenotypic status no longer depends on the way the drug is targeted.

Recently, cell plasticity has been found to be associated with drug resistance in targeted therapies for multiple cancer types, including melanoma, lung cancer, and basal cell carcinoma. Transdifferentiation and epithelial-mesenchymal transition (EMT) are examples of cellular plasticity that leads to drug resistance.
As an example of transdifferentiation, the phenotypic conversion of EGFR mutant lung adenocarcinoma (LUAD) to small cell lung cancer (SCLC) is considered to be a clinical mechanism of EGFR inhibitor resistance. A recent study showed that LUADs and SCLCs against EGFR inhibitors have a common clonal origin and branch evolution trajectory.
The clonal differentiation of SCLC ancestors and LUAD cells occurred before drug treatment, and RB1 and TP53 in tumors were completely inactivated in the early stage of LUAD.

Epithelial-mesenchymal transition (EMT) is a key mechanism of tissue remodeling during multicellular biological morphogenesis. The causal relationship between EMT and tumor metastasis is not fully understood; however, the role of EMT in drug resistance has been repeatedly confirmed.

Understanding the mechanism of phenotypic transition and the role of drug resistance at the molecular level may lead to new treatment strategies, which in turn will lead to deeper and longer-lasting cancer treatments.