The launch of RAS targeted therapy AMG510 will be an exciting time, renewing our hope for the successful treatment of RAS mutant cancers. Amgen is currently seeking to target its KRAS G12C gene mutation Sotorasib as a second-line treatment for non-small cell lung cancer (NSCLC) in the United States, the United Kingdom, the European Union, Canada, Australia and Brazil.

With the gradual submission of applications for the first KRAS inhibitor drug in history to drug regulatory agencies in many countries and regions around the world, Amgen recently announced that it has targeted non-small cell lung cancer (NSCLC). ) The patient’s largest treatment data.

At the World Lung Cancer Conference on Friday in the US Eastern Time, Amgen will announce the detailed results of Sotorasib’s Phase 2 clinical trial on 126 non-small cell lung cancer (NSCLC) patients.

Although they have tried as many as 3 treatment options, their cancer has become more serious, and then they received Sotorasib treatment.

Sotorasib drug inhibited tumor growth in 81% of patients, reduced tumor size in 37% of patients, and even more gratifyingly, all signs of cancer disappeared in three cancer patients (2%).

Sotorasib prevented tumor growth for a median of 6.8 months, and the median patient response to treatment was 10 months.

In addition, Sotorasib is relatively safe, with about two-thirds of patients reporting side effects, but most of them are mild to moderate.

The most common side effects were diarrhea (31%), nausea (19%), elevated liver enzymes (15%), and no deaths related to drug therapy occurred, but 7% of patients withdrew from the study due to side effects.

Researchers are Research how to further control side effects, but researchers also said that compared with docetaxel and other therapies, Sotorasib has a good safety prospect.

RAS (KRAS, NRAS and HRAS) are the most common mutant gene families in cancer. KRAS mutations are an important driver of the three deadliest cancers known-lung cancer, colorectal cancer and pancreatic cancer.

For more than 30 years, the development of effective therapies to inhibit RAS-driven tumorigenesis has been stagnant, so RAS was once considered a “non-drugable target.”

However, at the ASCO Conference in 2019, Amgen announced its research and development of the inhibitor AMG 510 (Sotorasib) for non-small cell lung cancer with mutations in the KRAS G12C gene.

It has significant effects on 10 non-small cells with mutations in the KRAS G12C gene.

The disease control rate of lung cancer (NSCLC) is close to 90%, and the effective rate is 50%.

Once the data was released, it caused a worldwide sensation. The view that RAS is not medicine is successfully shaken. 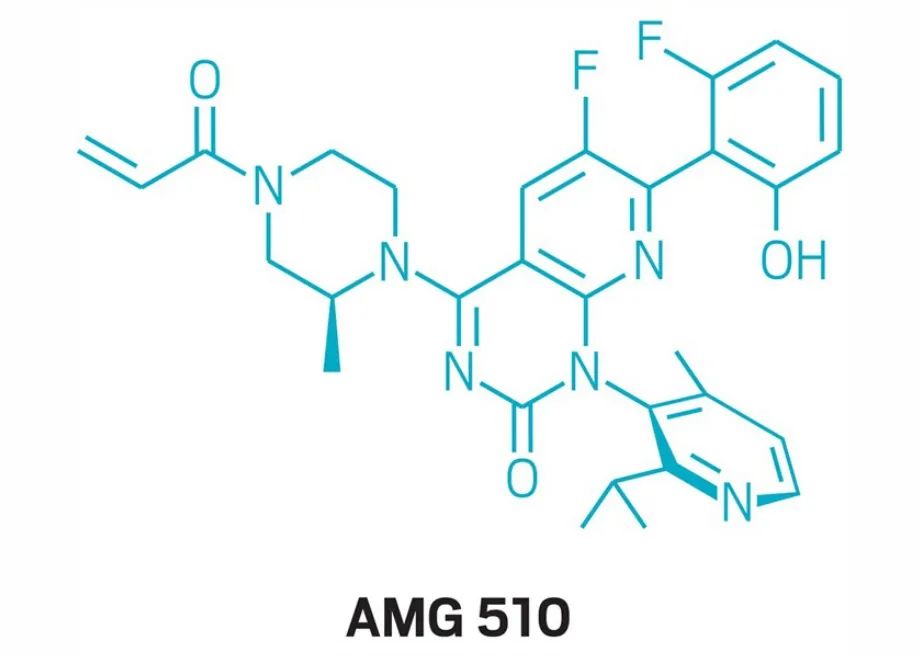 On December 16, 2020, Amgen announced that it has submitted a marketing application for AMG 510 (Sotorasib) to the FDA for the treatment of advanced metastatic non-small cell lung cancer (NSCLC) with KRAS G12C mutation.

Although these tumor types are driven by RAS mutations, the isoforms (KRAS, NRAS, HRAS), codons, and frequency of RAS mutations vary by tissue type.

Specifically, 32% of lung adenocarcinoma (LUAD), 86% of pancreatic ductal adenocarcinoma (PDAC), and 41% of colorectal cancer (CRC) are driven by KRAS mutations, which mainly occur in code 12 Sub-office.

29% of melanomas are driven by NRAS mutations. Unlike KRAS, these mutations occur at codon 61.

In contrast, HRAS mutations occur less frequently than mutations in KRAS or NRAS. 5% of head and neck squamous cell carcinomas (HNSCC) and 6% of bladder cancers are driven by HRAS mutations, which occur in the first At codon 12 or 61. 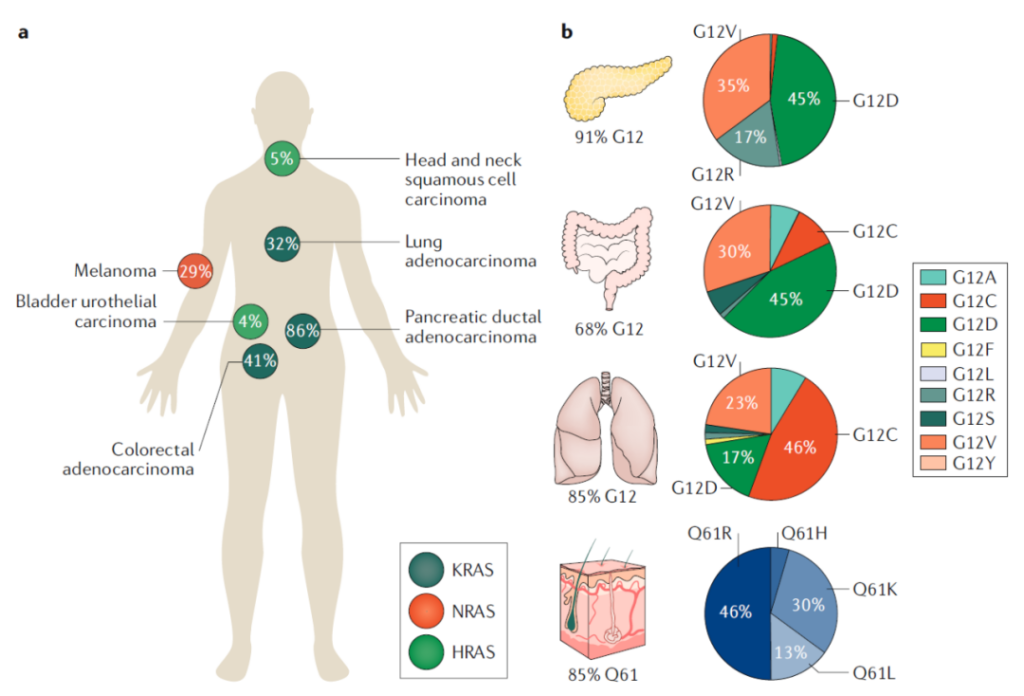 In general, the launch of the RAS targeted therapy AMG510 will be an exciting time, renewing our hope for the successful treatment of RAS mutant cancers.