In addition, only 27% of patients in this population have an objective response to immune checkpoint inhibitors, and most patients respond poorly.

Trastuzumab-drutecan (DS-8201) is an antibody-conjugated drug (ADC) composed of a humanized anti-HER2 monoclonal antibody (Trastuzumab), a cleavable tetrapeptide-based linker and a cytotoxic topology It consists of an isomerase I inhibitor (DXd), which prevents cancer cells from replicating DNA, leading to the death of cancer cells. 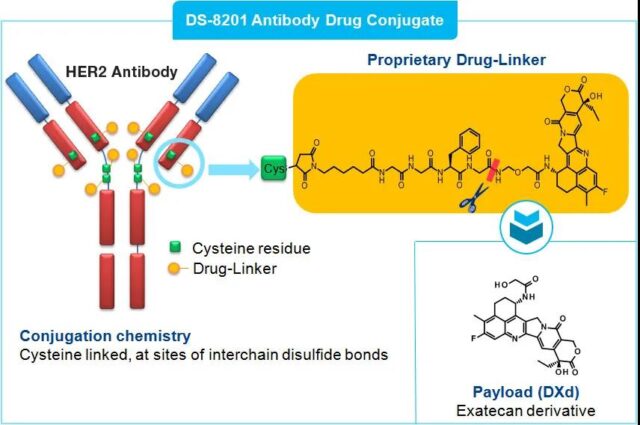 Trastuzumab-drutecan has been approved for the treatment of patients with HER2-positive metastatic breast and gastric cancer. So is the ADC drug equally effective against HER2 mutated non-small cell lung cancer?

On September 18, 2021, researchers from the Dana-Farber Cancer Institute in the United States published a titled: Trastuzumab Deruxtecan in HER2-Mutant Non-Small in the New England Journal of Medicine (NEJM), the first of the four major international medical journals -Research paper on Cell Lung Cancer.

In this multi-center international trial of patients with advanced HER2 mutant non-small cell lung cancer, trastuzumab-drutecan treatment showed a high response rate and prolonged the survival of patients, only 2% Of patients had fatal incidents.

However, 20% of patients develop interstitial lung disease, so careful safety monitoring and management are required. In conclusion, this study provides direct evidence for the long-lasting anti-cancer activity of ADC drugs in such lung cancer patients. 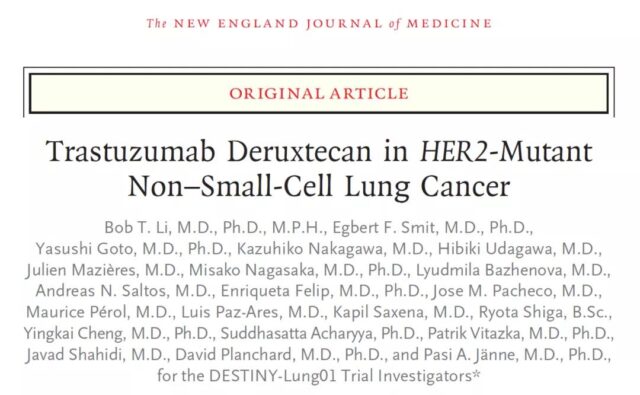 From May 30, 2018 to July 21, 2020, the research team recruited 91 patients with HER2 mutant non-small cell lung cancer and placed them on trastuzumab-drutecan treatment. Among 91 patients, one patient (1%) had a complete remission, 49 patients (54%) had a partial remission, and the vast majority of patients (92%) had tumor shrinkage. 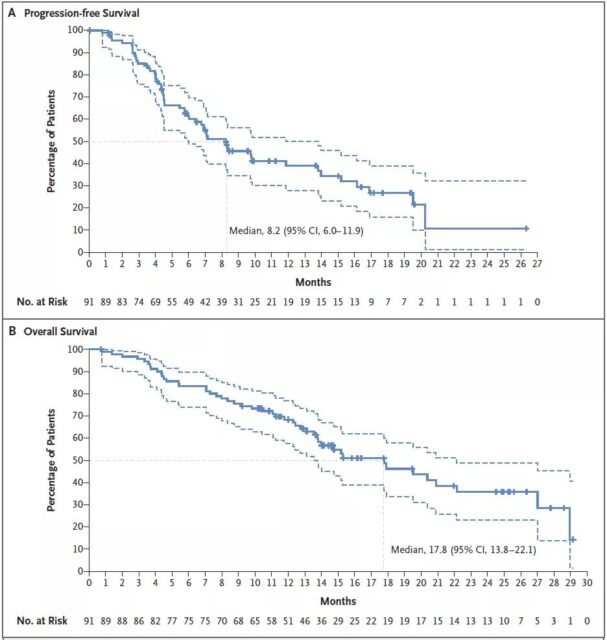 As a result of treatment, 24 patients developed interstitial lung disease or lung scars. Due to this problem, the research team stopped the treatment of 16 patients and discontinued the treatment of 8 patients. Patients in this condition received steroid therapy. 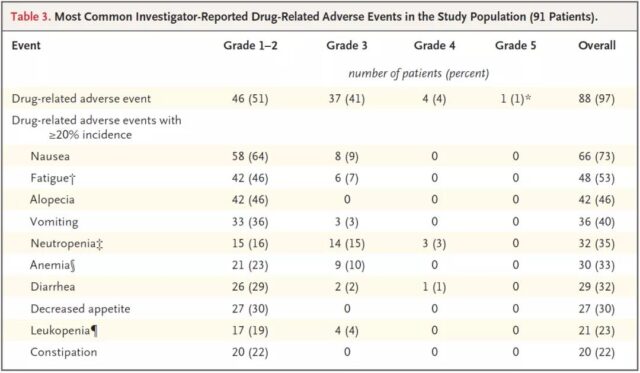 The median duration of the therapeutic effect was 9.3 months, the median progression-free survival was 8.2 months, and the median overall survival was 17.8 months. These results support the use of trastuzumab to treat patients with HER2 mutant non-small cell lung cancer.

The clinical trial was funded by Daiichi Sankyo and AstraZeneca. Trastuzumab-drutecan (DS-8201) was developed by the Japanese pharmaceutical company Daiichi Sankyo. AstraZeneca and Daiichi Sankyo signed a US$6.9 billion global joint development and commercial cooperation in March 2019. Agreement.