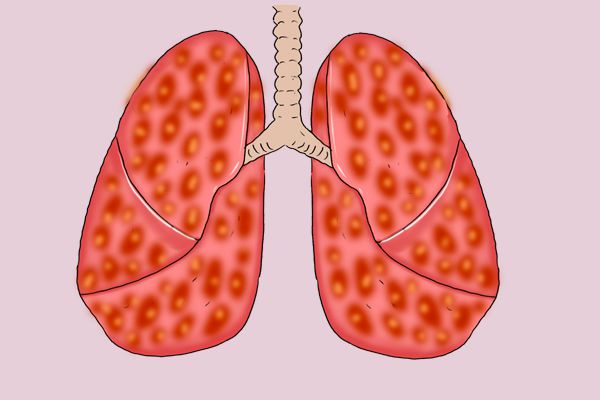 In the two decades of vigorous development of targeted therapy, the field of small cell lung cancer is not completely without potential targeted drugs.

Therefore, for patients with small cell lung cancer, chemotherapy is the “backbone” of systemic therapy, and emerging immunotherapy programs are the most promising “potential army”.

In fact, in the past two decades of vigorous development of targeted therapy, the field of small cell lung cancer is not completely without the emergence of potential targeted drugs.

Regardless of the NCCN guidelines in the United States or the CSCO guidelines in China, for patients with extensive-stage small cell lung cancer who cannot undergo surgery, the first choice is to include chemotherapy. As one of the most classic “troikas” of cancer treatment, chemotherapy occupies the “core” position in the systemic treatment of small cell lung cancer.

01 Rubycardine + Irinotecan: The remission rate is 62%!

According to the research results published at the latest World Conference on Lung Cancer (WCLC), the combined regimen of rubycatine + irinotecan for small cell lung cancer patients who have relapsed after receiving front-line treatment has achieved excellent results.

02 Irinotecan liposomes: the remission rate is 44%!

Liposomes are a kind of high-efficiency and low-toxicity preparations with higher transfection rate and more significant curative effect. Irinotecan liposomes were approved in 2015 for the treatment of patients with advanced pancreatic cancer.

The results of a study also published on WCLC show that the use of irinotecan liposome injection to treat small cell lung cancer that has received platinum chemotherapy and has progressed disease can achieve ideal results.

Mitoenquinone is also a classic targeted drug that has been approved for marketing. It belongs to the same class of anthracyclines as doxorubicin (doxorubicin). The characteristic of this class of drugs is that they can treat more cancer types. Any other type of chemotherapeutic drugs should be abundant, and the curative effect is better. It is one of the most effective chemotherapy schemes. The types of cancers applicable to anthracyclines include leukemia, lymphoma, breast cancer, uterine cancer, ovarian cancer and lung cancer.

Clinical studies have shown that compared with doxorubicin, mitoxantrone has less cardiotoxicity and better safety. Its anti-tumor activity is equivalent to or slightly higher than that of doxorubicin, and is significantly higher than cyclophosphamide, fluorouracil, methotrexate, vincristine and cytarabine, and has a broad anti-tumor spectrum, which can be used for multiple cancer types the treatment. Mitoxantrone has a synergistic effect with many commonly used antitumor drugs, and only has partial cross-resistance with doxorubicin.

Immunotherapy: The most promising “potential army” in the treatment of small cell lung cancer

Compared with targeted drugs, immune drugs have shown potential worthy of attention in the treatment of small cell lung cancer.

According to the latest published IMpower 133 trial results, the use of atezolizumab + carboplatin + etoposide for maintenance treatment of extensive-stage small cell lung cancer has achieved significant improvements in overall survival and progression-free survival.

The results of the study showed that patients with small cell lung cancer who received atezolizumab+carboplatin+etoposide maintenance treatment had a median overall survival of 15.7 months, which significantly exceeded 11.3 months in the carboplatin+etoposide treatment group; The median progression-free survival of patients treated with the combination regimen was 5.5 months, which also exceeded the 4.5 months of the control group.

02 Tilelizumab: excellent potential for the treatment of lung cancer, clinical trials are being recruited

Tilelizumab is a PD-1 inhibitor independently developed in some countries. The approved indications include lymphoma and urothelial carcinoma. At the ESMO conference in 2020, researchers once disclosed the efficacy of tislelizumab combined with chemotherapy in the treatment of patients with non-small cell lung cancer, which increased the overall remission rate of patients by more than half.

The development of medical technology is a process of “getting knowledge from things”. With continuous in-depth exploration and analysis of the principles, we can find a more precise treatment plan. I believe that in the near future, researchers will be able to penetrate the “principles” of small cell lung cancer and find drugs that can really significantly prolong the survival of patients with small cell lung cancer.

On the way to fight cancer, human society has never stopped moving forward.