The meaning of life lies in reproduction. But what I have to say is that in modern society, with the increasing pressure of life and the increasing environmental pollution, the infertility rate in countries around the world is showing a soaring trend, and many couples suffer from infertility. Troubles.

According to statistics, there are more than 50 million infertility patients in some countries, which is more than 10% of the population of normal childbearing age. This number is beyond our imagination. In some cases, one or even both spouses are unable to provide qualified sperm or eggs, which greatly limits the application of assisted reproductive technologies such as artificial insemination.

In the final analysis, the breeding of offspring begins with the combination of sperm and eggs, and the genetic material of all cells of an individual is the same. If we can induce certain cells to divide and differentiate into sperm or eggs, then society can be relieved to a great extent. Infertility problems on the Internet.

The study showed that mouse pluripotent stem cells can differentiate into functional sperm. And, these sperm are successfully used to produce healthy, fertile offspring, which provides the most comprehensive model to date for the production of male germ cells in test tubes. 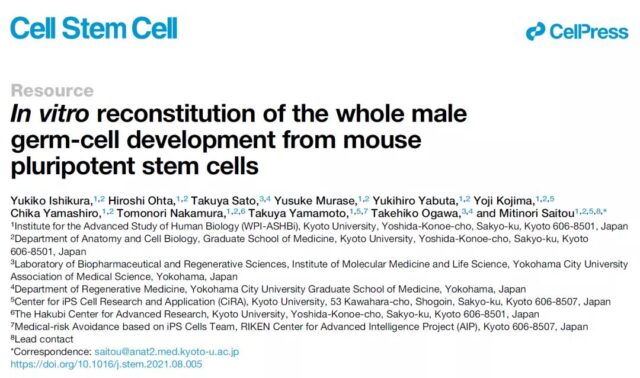 Pluripotent stem cells are a type of multipotent cells with self-renewal and self-replication capabilities. They can differentiate into any type of cells in the body, such as brain cells, heart cells, and liver cells.

However, some types of cells are still difficult to get from pluripotent stem cells, especially sperm cells. Among all cell types, germ cells are extremely unique: first, unlike other cells (46 chromosomes), germ cells have only 23 chromosomes; second, germ cells differentiate from early embryos very early.

According to Mitinori saiitou, the corresponding author of the study and director of the Advanced Institute of Human Biology at Kyoto University, “Sexual reproduction is an important driving force for species to maintain evolution.”

Spermatogonia are the cells that allow men to produce sperm throughout their lives, but this second stage proved to be the most difficult to recreate in the laboratory. However, difficulty does not mean impossible. Mouse spermatogonial stem cells can be made, but the efficiency is low. Therefore, the research team decided to optimize this differentiation process.

Dr. Yukiko Ishikura, the first author of this study, said: “Spermatogonial stem cells cultured in vitro also contribute very little to spermatogenesis, and the rate of sperm differentiation is about one week slower than that in mice.”

Starting from mouse pluripotent stem cells, the research team prepared primordial germ cells and examined more than 10,000 cells under 8 different conditions using the “new testis reconstruction method” they created. In order to verify the optimal conditions for the production of spermatogonia, the researchers confirmed that these cells have several characteristics in common with cells in the mouse testis, including key gene expression, epigenetics, and transient retrotransposons Up.

This is particularly unexpected for Saito Mitsunori: “Retrotransposon control is regained. Retrotransposon regulation is a mechanism that regulates the effects of retrotransposons on key genes through random repetition.”

Similarly, epigenetics is also crucial. Although genes are composed of DNA, their expression depends on epigenetic factors such as DNA methylation. Germ cells display a unique pattern of DNA methylation during development, which is believed to be critical to their ability to produce offspring. 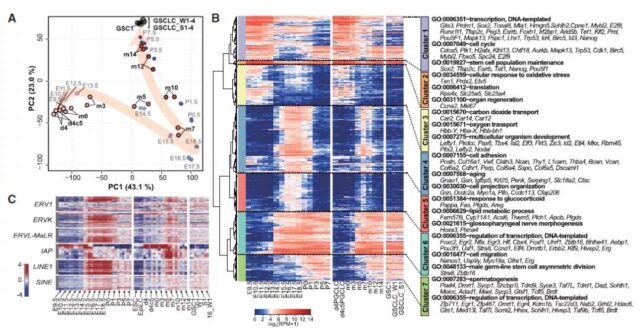 In order to confirm that the spermatogonial stem cells behave the same as those produced in the body, the researchers injected laboratory-made spermatogonial stem cells into the testis of mice, allowing these cells to develop into sperm cells. These mature sperm are then collected and injected into eggs to cultivate embryos. These embryos are then used to conceive female mice, and the mice then give birth to healthy offspring, which are also fertile! 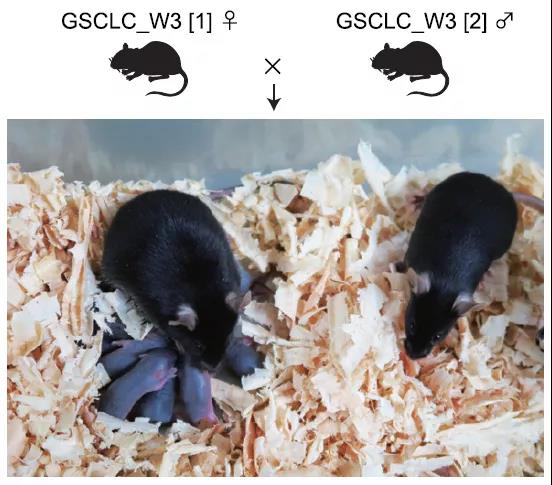 Sperm produced by pluripotent stem cells can be fertilized normally, and the offspring are also fertile

Since pluripotent stem cells can be used to produce sperm, can egg cells be produced as well?

On December 17, 2020, researchers from Kyushu University in Japan and the RIKEN Biosystem Dynamics Research Center published a research paper on Nature titled: Reconstitution of the oocyte transcriptional network with transcription factors [2].

This study shows that a set of 8 transcription factors can transform mouse pluripotent stem cells into oocyte-like cells in the laboratory. This discovery further deepens our understanding of egg cell development and may have a profound impact on reproductive medicine!

All in all, entering the 21st century, humans have made extraordinary achievements in the field of animal development! Whether it is artificial oocytes or artificial sperm, scientists are making it a reality step by step. With the rapid development of life sciences, artificial sperm and eggs are not out of reach. Perhaps, in the near future, infertile couples and even same-sex couples will be able to have their own children through biotechnology.