Scientists from Kyoto University and other institutions in Japan have discovered through research that the pluripotent stem cells of the mouse body can differentiate into functional sperm.

These sperm can be successfully used to produce healthy and fertile offspring. In addition, the research in this article also provides The most comprehensive model to date that can generate male germ cells in a test tube.

The standardization and subsequent spermatogenesis process. For species that rely on sexual reproduction (including mice and males), offspring may only be produced when sperm from males fertilize eggs from females; even artificial insemination techniques rely on donors for these two types of cells.

Recently, in a research report titled “In vitro reconstitution of the whole male germ-cell development from mouse pluripotent stem cells” published in the international journal Cell Stem Cell , scientists from Kyoto University and other institutions in Japan found through research that The pluripotent stem cells of the mouse body may be able to differentiate into functional sperm. These sperm can be successfully used to produce healthy and fertile offspring. In addition, this study also provides the most comprehensive method of producing male germ cells in test tubes to date. Model. 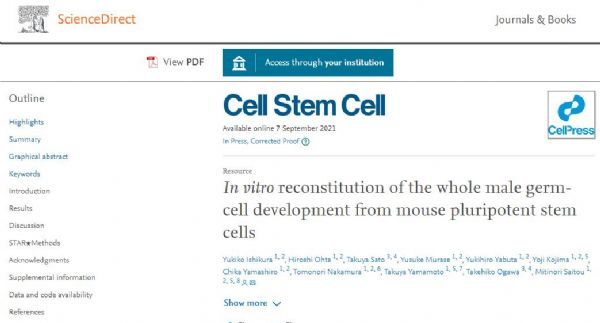 Pluripotent stem cells allow scientists to study how every cell in the body is formed. Brain cells, heart cells and liver cells are just a few examples of the cell types produced by these stem cells. They are now being used as experimental cell therapies. Used in human patients, however, some cell types are difficult to prepare from pluripotent stem cells, especially sperm cells.

In addition, it is the only cell that parents actually pass on to offspring, which may make it a driving force for maintaining and evolving species.

Although later researchers still need to do more research, but now they have made significant progress in how to use pluripotent stem cells to make sperm cells, at least for mice, the process is generally divided into three stages It can imitate the natural development process.

In order to verify the optimal conditions for the production of spermatogonial stem cells, the researchers confirmed that these cells have several common characteristics with cells in the mouse testis, including the expression of key genes, epigenetic characteristics, and transient upregulation of reverse transcripts. . 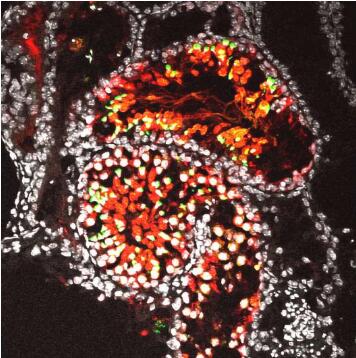 The same epigenetics is also very important. Although genes are composed of DNA, their expression depends on epigenetic factors such as DNA methylation. Germ cells show a difference from DNA during their development.

From the eggs, embryos are grown. However, these embryos can be used to conceive the mice so that healthy and fertile offspring can be born.

It provides new possibilities for the differentiation of male sperm cells. In summary, the results of this article show that by reproducing the three stages of male germ cell development, researchers may create a new paradigm for in vitro male gametogenesis of pluripotent stem cells .