20 years of changes in the clinical development of T cell adoptive therapy. 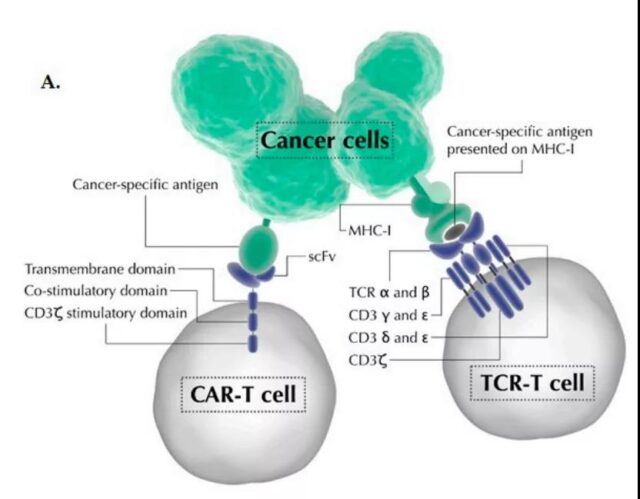 In the past 20 years, CAR-T and TCR-T cell therapies have undergone earth-shaking changes from conceptual verification trials to thousands of registered clinical trials.

In 2017, the US Food and Drug Administration (FDA) approved two CAR-T therapies for the first time, namely tisagenlecleucel (Kymriah®) and Axicabatagene ciloleucel (Yescarta®), for the treatment of acute lymphoblastic leukemia and diffuse large B cell respectively Lymphoma.

So far, 5 CAR-T therapies have been approved. CAR-T/TCR-T therapy, as a revolutionary biotechnological product in cancer treatment, demonstrates the outstanding potential of conquering cancer in the future.

Beginning in 2007, the clinical trials of CAR-T/TCR-T cell therapy began to grow slowly. From 2013 to 2020, cellular immunotherapy has experienced rapid and accelerated growth. 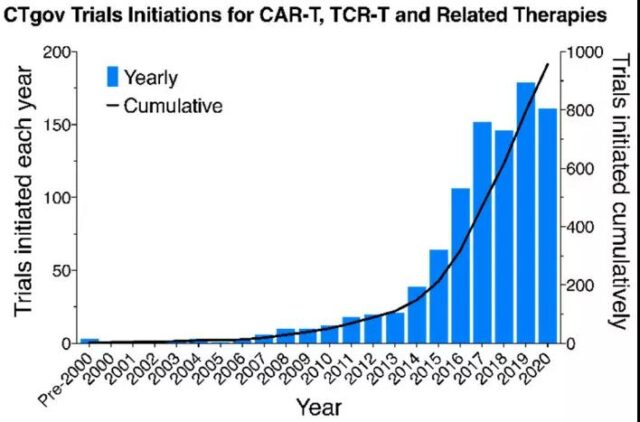 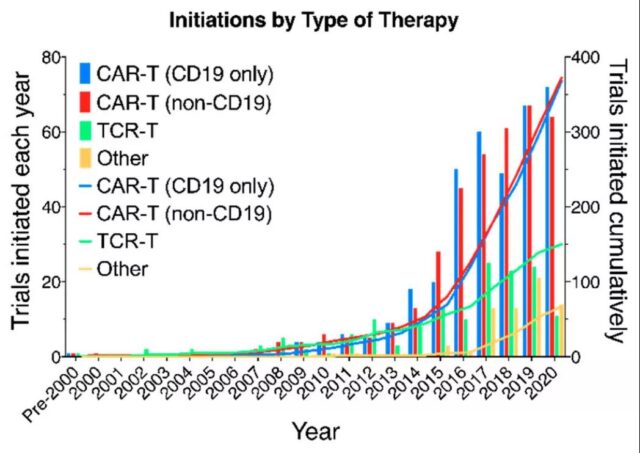 In addition to CD19, the most common clinical targets for CAR-T therapy also include BCMA, CD22, etc. The number of BCMA trials has increased from 7 trials in 2016 to 85 in 2020, and has achieved significant results in trials for the treatment of multiple myeloma. Encouraging results. 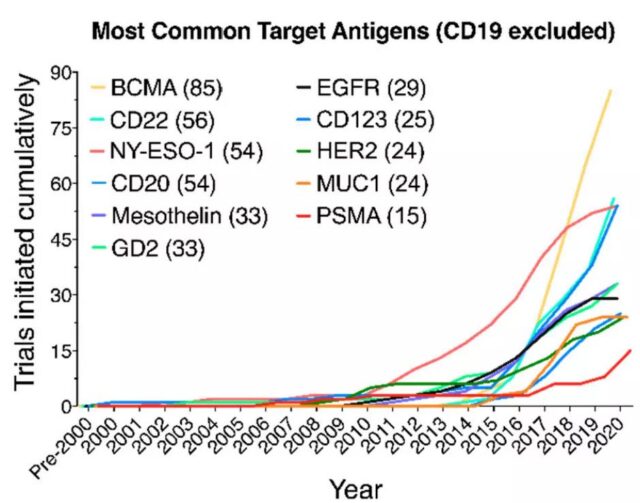 In 2016-2020, trials initiated for hematological tumors far exceeded those for solid tumors. Most hematology tests (90%) were for CAR-T or multiple myeloma for B-cell leukemia and lymphoma. Other blood tumor tests are for myeloid leukemia or T-cell lymphoma and Hodgkin’s lymphoma. Although it is mainly CAR therapy, it also includes TCR therapy and other related therapies. 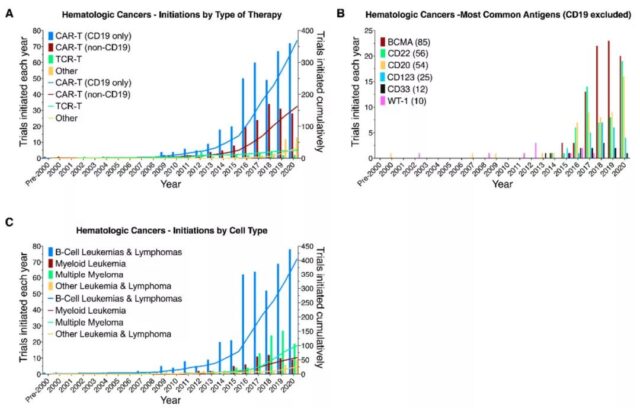 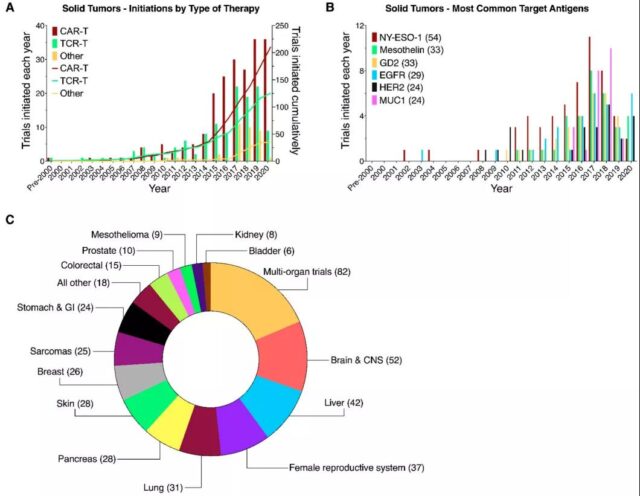 The analysis of clinical trials shows that in the past 20 years, CAR-T/TCR-T cellular immunotherapy has experienced rapid development. In addition to CD19, more target options make CAR-T therapies more diverse.

Some new therapies have also been developed. For example, some clinical trials use bispecific CAR-T cells (NCT03271515, NCT03241940) that simultaneously target CD19 and CD20 or CD22; express recombinant receptors, such as EGFRt, for antibody-mediated Patients with CAR-T cells are eliminated, or PD-1 deleted T cells are used to avoid immunosuppression (NCT03085173, NCT03298828).

In addition, the combined use of anti-CD19 and anti-BCMA CAR-T cells has an overall response rate of 95%. These CAR-T/TCR-T clinical trials represent the future trend of cellular immunotherapy.

At present, CAR-T cell therapy still has many obstacles to solid tumors, but as more and more CAR-T/TCR-T products carry out clinical trials, I believe we can see CAR-T/TCR-T soon Mutation progression in solid tumors.