Targets of Circadian Rhythm and Progress in Drug Development

The main biological clock is located in the suprachiasmatic nucleus (SCN) of the hypothalamus. It is the pacemaker of the circadian rhythm and coordinates the cell oscillator of the whole body through nerve and hormone signals. The peripheral circadian clock is distributed in various tissues and organs, such as liver, kidney, heart, and muscle, with a certain degree of independence. 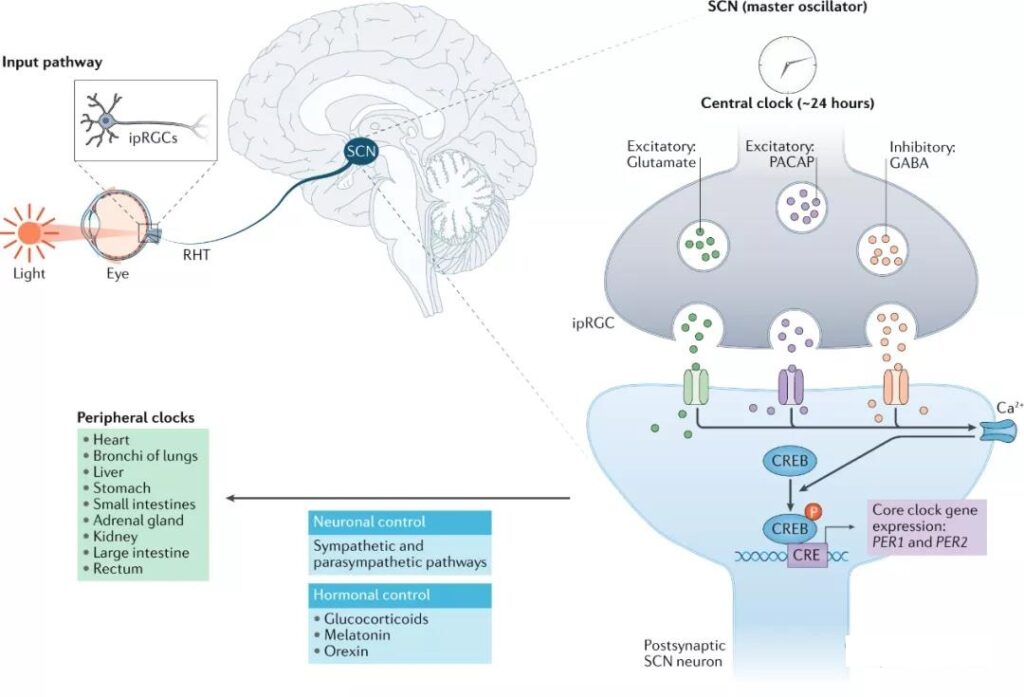 At the molecular level, the biological clock is composed of a transcription and translation feedback loop containing a variety of genes and proteins, including a core loop and a secondary stable loop, which generates and maintains the circadian rhythm of gene transcription. In the morning, CLOCK (Circadian locomotor output cycles kaput) and BMAL1 (Brain and muscle ARNT-like 1) in the core loop form a heterodimer, bind to the E-box element, and drive the expression of PER and CRY genes.

Subsequently, PER and CRY protein form an inhibitory complex, which inhibits the transactivation of CLOCK and BMAL1. The stability of PER and CRY proteins is regulated by the parallel E3 ubiquitin ligase pathway. At night, the nuclear receptor subfamily REV-ERBα and REV-ERBβ in the secondary stabilization loop act as repressors and compete with the orphan receptors (RORα, RORβ, and RORγ) associated with RAR as activators to bind to ROR/REV- The ERB response element (RORE) promoter element antagonistically regulates the expression of BMAL1 and other target genes.

In addition, D-box is also an important circadian rhythm promoter element, which can be activated by PAR-bZIP protein or inhibited by E4BP4 protein, respectively. In addition, the circadian rhythm is also regulated by post-translational modifications such as phosphorylation, ubiquitination, and acetylation. 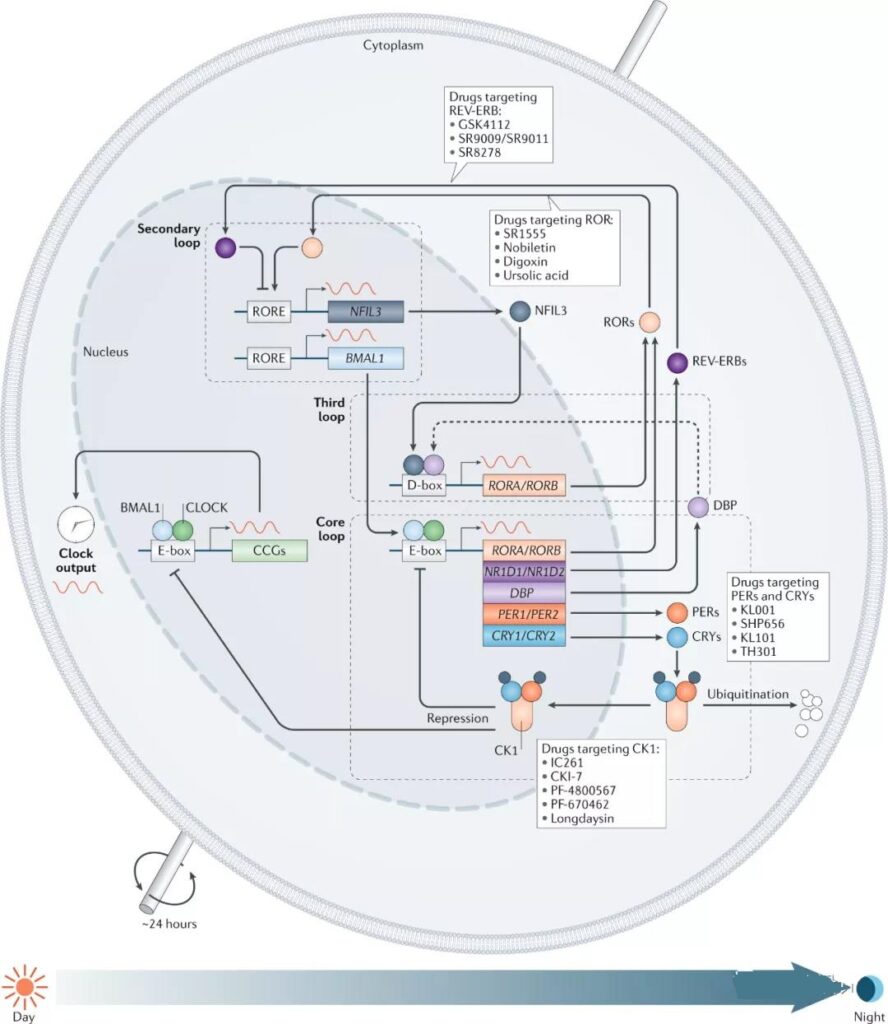 Circadian rhythm plays an important role in drug development and clinical treatment. Time therapy is based on the biological clock, that is, to determine the appropriate administration time within the precise circadian rhythm time window to obtain better pharmacokinetic properties, improve drug efficacy, and reduce toxicity related to drug metabolism. Related cardiovascular diseases (such as hypertension, etc.) and autoimmune diseases (such as rheumatoid arthritis, etc.) play an important role in the treatment.

The biological clock is a complex multi-loop feedback regulation network. Agonists or inhibitors that act on the same target can be both beneficial and harmful. When evaluating the pharmacological effects of small molecule regulators of the biological clock, the continuous pharmacological effects of the compounds should be comprehensively investigated.