Will DNA vaccines come soon with mRNA vaccines?  The listing of Pfizer and Moderna COVID-19 mRNA vaccines has greatly promoted the development of nucleic acid vaccines.

The listing of Pfizer and Moderna COVID-19 mRNA vaccines has greatly promoted the development of nucleic acid vaccines.

Compared with traditional vaccines, nucleic acid vaccines have many advantages, such as simple design, rapid production, easy transportation and storage, and are especially suitable for dealing with sudden infectious diseases.

Since nucleic acid vaccines encode protein antigens are synthesized in the host, natural post-translational modifications, such as phosphorylation and glycosylation, can be realized to improve the immune effect. Currently, clinical trials of nucleic acid vaccines are mainly concentrated in the fields of cancer, autoimmune diseases and infectious diseases. 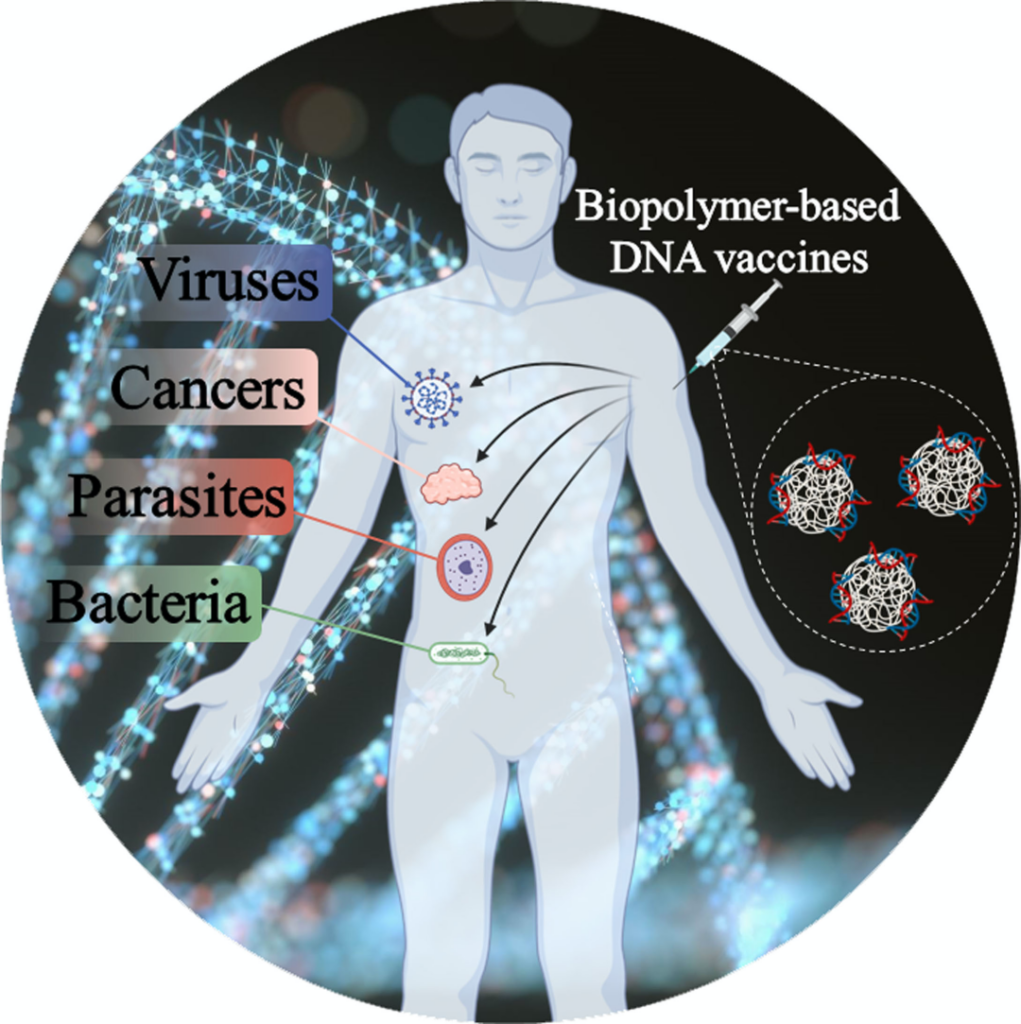 The promoter is responsible for connecting with RNA polymerase, controlling plasmid transcription, and finally achieving translation. The CMV promoter is usually used, which can achieve high-level antigen expression in various cell lines. However, viral promoters are rapidly inactivated by gene silencing, resulting in transient gene expression. Therefore, virus-mammalian hybrid promoters are used to delay promoter inactivation in vivo and in vitro. Generally, the intron sequence is located between the promoter and the target gene, which can effectively increase the expression of the antigen. The polyA signal region can stabilize mRNA transcription and promote its release from the nucleus. 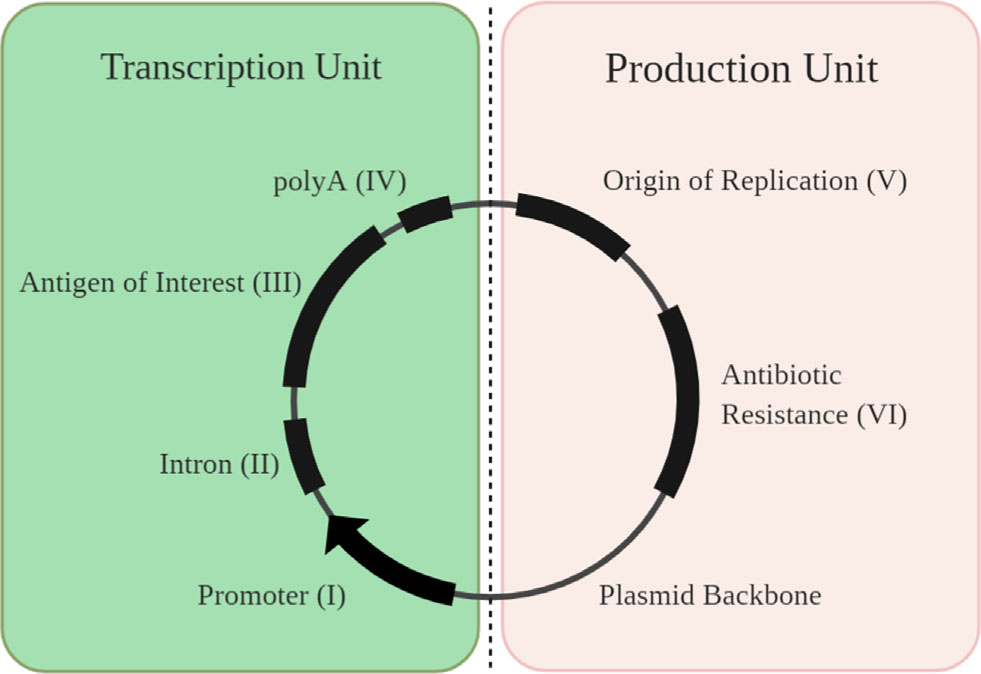 The DNA vaccine transfects the cells at the injection site, and reaches the nucleus through internalization and translocation to achieve antigen expression, and finally the antigen is discharged from the cell through apoptosis or exosomes. Antigen-presenting cells (APC, including dendritic cells, DCs, macrophages and B cells, please refer to the 15th issue of Everyone’s Understanding of Immunology), here is an example of DC. The DC captures the antigen (exogenous antigen) from the tissue and enters the lymph nodes. The captured antigen is degraded into polypeptides under the action of the DC endosome lysosomes, and then displayed on the surface of the DC in the form of MHC II-antigenic peptides and presented to CD4 in the lymph nodes +T cells. CD4+ T cells further trigger a B cell response and at the same time activate CD8+ T cells. Exogenous antigens can also be presented to CD8+ T cells through the MHC I molecular pathway of infected cells.

In addition, DCs can also be directly transfected by DNA vaccines. The antigen is expressed in DCs. Since DCs can express MHC I and MHC II, DCs can activate CD4+ T cells and CD8+ T cells at the same time. Activated CD4+ T cells and CD8+ T cells are expanded under the action of IL-2 (autocrine) and transformed into Th cells and CTLs respectively. Th cells are further expanded into Th1 and Th2 cells under the action of IL-2, IL-4 and IFN-γ (autocrine). Th1 achieves cellular immunity by maintaining the proliferation of CD8+ T cells, and Th2 cells achieves humoral immunity through the action of B cells. In this way, the DNA vaccine induces both cellular immunity and humoral immunity, and the effect is significantly better than traditional vaccines. The proliferation of Th1 or Th2 cells can be regulated by changing the immune method. In intramuscular injection, Th1 type immune response (cellular immunity) is generally induced, and during intradermal immunity, Th2 type immune response (humoral immunity) is generally induced. This all-round immunity induces the formation of memory B cells and T cells, which can effectively prevent the occurrence of diseases. 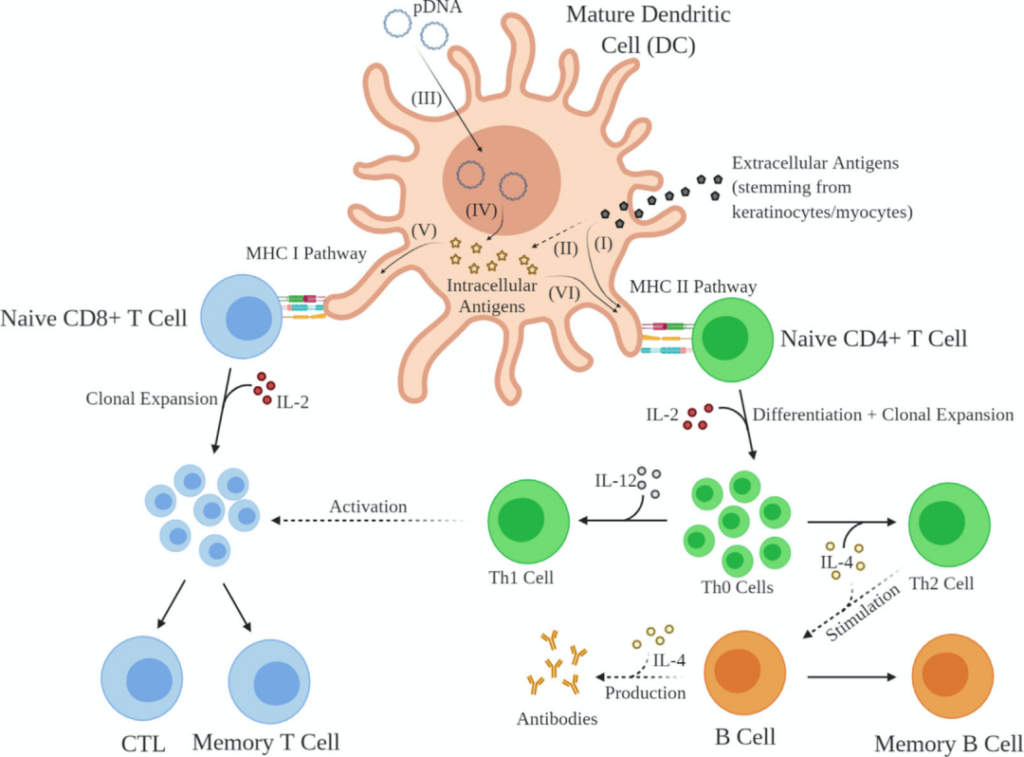 The mechanism of DNA vaccine

Up to now, no DNA vaccine has been approved for use in humans, mainly due to insufficient gene expression and low efficiency of immune system activation. In order to solve this problem, researchers have made improvements in DNA sequence design, vaccine construction and delivery mode. In terms of delivery, traditional needle delivery methods can be divided into intradermal, subcutaneous, intravenous and intramuscular injection. Intradermal injection seems to be more effective than subcutaneous and intramuscular injection because there are a large number of dendritic cells (DC) in the dermis, which can achieve effective antigen presentation. The advantage of intravenous injection is that it can deliver DNA plasmids to the APC in the lymphatic organs, but the effect of this method is uncertain. In addition, DNA vaccines can also be delivered through mucous membranes, such as mouth, nose, lungs, etc., to induce local mucosal immunity and systemic immunity. Mucosal immunity is considered to be the most effective way of immunization against viruses, because the initial stage of host infection occurs on the mucosal surface. Moreover, the mucosal immune system is friendly and does not require acupuncture, professional equipment and surgery.

However, naked DNA is administered alone, due to its stability, specific targeting, cell uptake rate, and immune system regulation defects, it is still necessary to achieve skin immunity through special equipment such as electroporation, microneedles, or gene guns. Of course, this can also be improved by using a suitable carrier, biopolymers are a good choice. Substances generally used as carriers include liposomes, polymers, viral enzyme bodies, cell penetrating peptides (CPPs), live bacteria, etc. Among them, the polymer has the characteristics of high physical and chemical stability, low toxicity, effective protection, easy preparation, and low cost. It is more rigid and stable than liposomes, and does not bring about anti-carrier immunity caused by viral enzymes and live bacteria. At the same time, polymers can be designed into various nanostructures, with adjustable size and surface characteristics, which are very practical for drug carrier applications. For DNA vaccines, synthetic polymers with biological properties are the best. Because of their biocompatibility, easy cell action, biodegradation, and simple preparation by bacteria or enzyme engineering, they have broad application prospects. 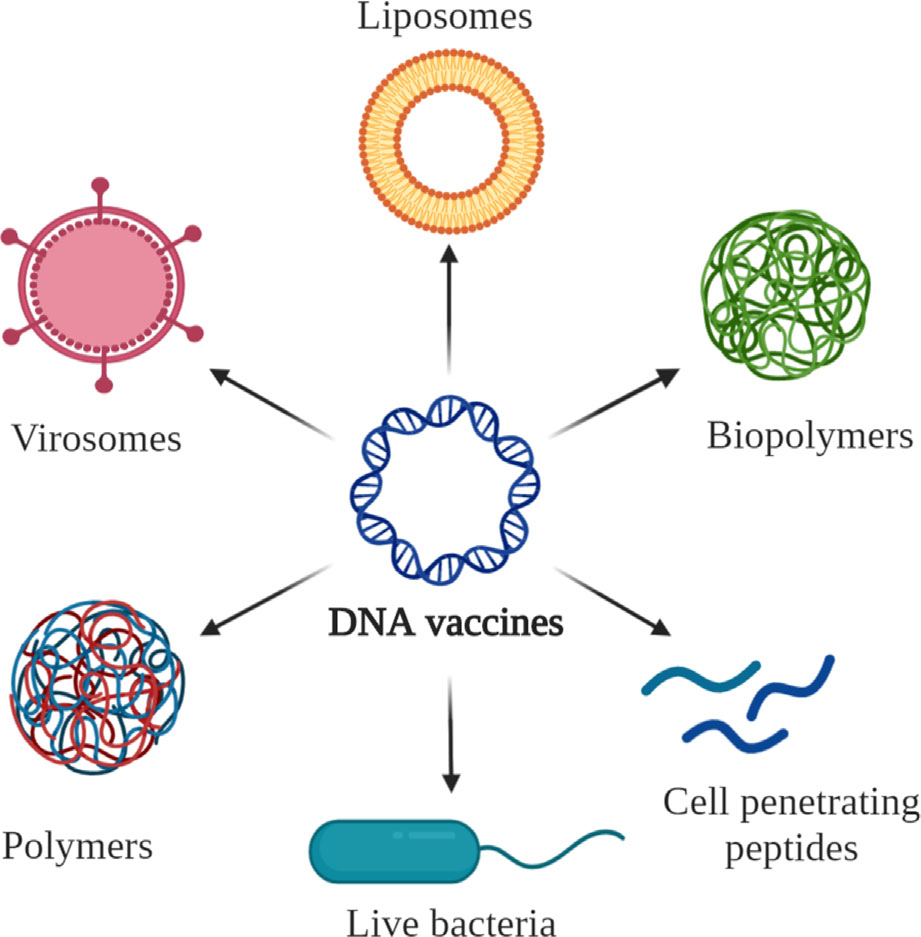 So far, DNA vaccines have been approved to treat veterinary diseases. Although they have not been approved for use in humans, many DNA vaccines have been used in clinical trials. There are still some challenges in DNA vaccines, such as the difficulty of precise control of genetic material and its low immunogenicity. It can be used to improve its in vivo efficacy by researching delivery systems based on biopolymer materials, and ultimately be applied to the clinic. 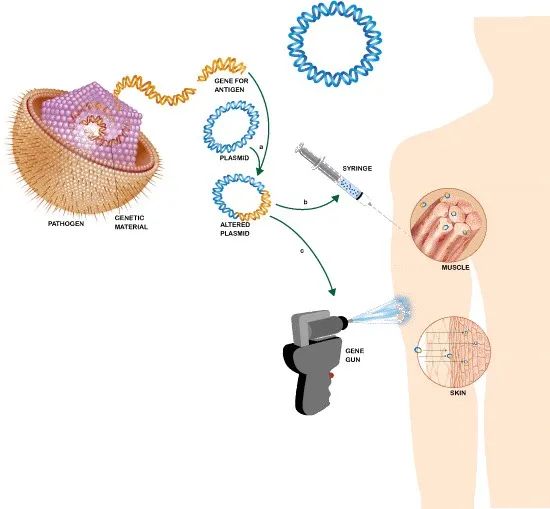