Unrestricted consumption of white sugar will cause cancer ? 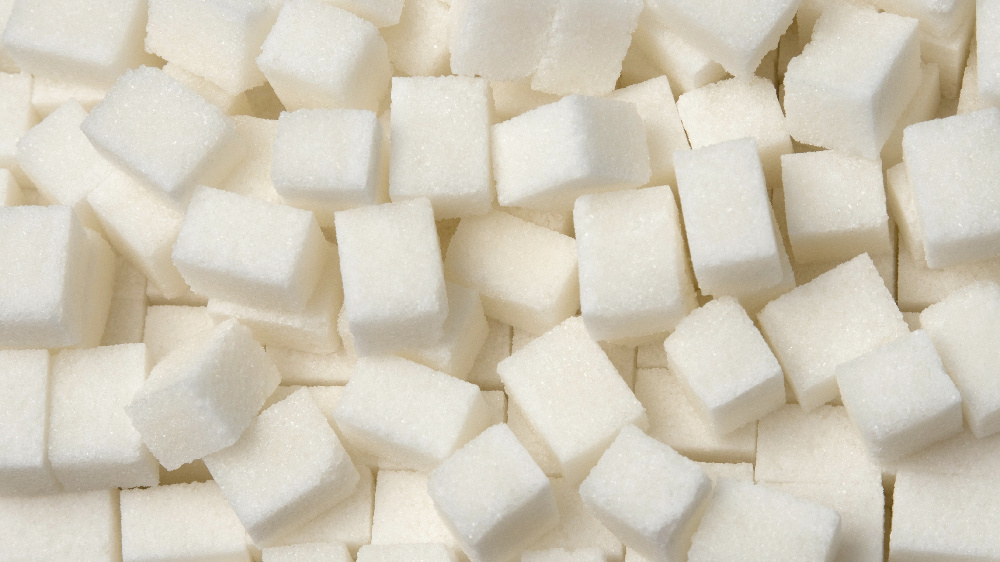 People today eat ten times or more sugars than great-grandparents. You drink a can of Coke soda, and you have eaten seven or eight cubes of sugar, which is equal to the sugar content in more than twenty feet of sugar cane.

Many people think that the harm of sugar is that eating too much can cause tooth decay or make you obese. In fact, the danger is far more.

1. Lead to obesity, but at the same time insufficient nutrient intake

Almost all sweet foods contain a lot of sweeteners made with sugar or syrup. Therefore, for some children and young women who like to eat desserts, biscuits, snacks, and drinks, it is a very common thing to consume more than 100 grams of white sugar a day. However, the daily intake recommended by nutritionists is about 30 to 40 grams, that is, no more than 10% of the total daily intake of carbohydrates.

The purity of white sugar is very high, reaching more than 99%, which means that it contains almost no other nutrients and only a lot of calories.

After consuming too much sugar, too much sugar can be converted into fat in the body, leading to obesity and becoming a potential cause of cardiovascular disease. White sugar can only supply calories and has no other nutritional value.

Eating too much sweets will result in a feeling of fullness due to the intake of too much energy, which will affect the intake of other foods rich in protein, vitamins, minerals and dietary fiber. If things go on like this, it will lead to nutritional deficiencies, developmental disorders, obesity and other diseases.

On the other hand, the metabolism of sugar in the body needs to consume a variety of vitamins and minerals. Therefore, regular consumption of sugar can cause nutritional problems such as vitamin deficiency, calcium deficiency, and potassium deficiency.

2. Lead to mucosal disorders in the mouth and stomach, causing various inflammations

In the osmotic pressure test to test granulated sugar, a very concentrated granulated sugar was placed on the fruit, and it didn’t take long for the fruit to wilt due to the water being absorbed by the sugar.

Granulated sugar has such a high osmotic pressure, it can be imagined that when it enters the human body, it will naturally cause great irritation to the stomach and other organs. Eating too much sugar can cause inflammation of the mucous membranes of the mouth, esophagus, stomach, and duodenum, and mucosal peeling, which is the reason.

For women, it is also easy to cause vaginal inflammation. Candida vaginitis is a common reproductive disease in women, and approximately 75% of women have had it at least once in their lifetime. A study of patients with repeated Candida infections showed that many patients’ blood sugar or urine sugar was significantly higher than normal; when 90% of patients reduced their daily sugar intake, the infection or recurrence of Candida vaginitis was very high within 1 year. less. This shows that sugar intake is closely related to Candida infection.

White sugar is a kind of crystals, and its extremely fine crystals are insoluble. Although we see that white sugar can dissolve in water, its tiny crystal structure cannot be dissolved in water. After this crystal enters the human body, it is also insoluble.

After the human body absorbs it, it will slowly enter the bloodstream. In the blood flow, because the crystals are angular, they often rub against the blood vessel wall, causing damage to the inner wall of the blood vessel.

For people suffering from diabetes, coronary heart disease, and obesity, sugar should be controlled, because sugar can induce an increase in blood cholesterol and triglycerides, promote the development of hyperlipidemia, and cause atherosclerosis.

It will lead to calcium deficiency in the body, resulting in osteoporosis and fractures. Professor Tian Caifeng from Nihon University has conducted experiments and found that eating more sugar causes three major hazards to children, namely, fractures, curvature of the spine, and cancer.

Therefore, he believes that the intake of sugar must be strictly controlled in the feeding of infants and young children.

Japanese experts have pointed out that eating more sugar will cause three major hazards to children. The first is fracture, the second is scoliosis, the third is dental caries, and cancer. Do you believe it when you hear about cancer?

You may ask: How can sugar be linked to cancer?

Researchers in Japan conducted autopsy of adults with gastric cancer and cervical cancer and found that their blood calcium content was significantly reduced.

6. Consume B vitamins, affect the development of the nervous system and cause optic neuritis

Sugar also has a direct harmful effect on the body’s immune system, reducing the phagocytic ability of white blood cells, making it difficult for the body to destroy cancer cells.

A British scholar has specially studied the harm of sugar. In his book “Sweets and Harm”, he not only studied the effects of sugar on obesity and heart disease, but also believed that sugar has a catalytic effect on carcinogenesis.

Although the pathogenesis of optic neuritis is very complicated, vitamin B1 deficiency is an important cause. This is because vitamin B1 is one of the nutrient sources of the optic nerve, and the metabolism of sugar in the body needs to consume a lot of vitamin B1.

If you eat a lot of sweets frequently, your eyes will not only get tired easily, but the optic nerve will also “failure” due to “nutrient shortage”.

In addition, when vitamin B1 is deficient, it will also affect the oxidation of carbohydrates in the body. Incomplete oxides are retained in the blood, which can have a certain toxic effect on the optic nerve, which can easily induce or pay attention to neuritis.

7. Stimulate the secretion of adrenaline, leading to bad behavior

Eating too much sugar will increase the blood sugar concentration and stimulate the body to secrete insulin, and the excessive secretion of insulin will inevitably cause an excess of adrenaline.

Adrenaline is an “aggressive hormone”, it can make people have irritability, restlessness, want to quarrel, fight and other states beyond their control.

American researchers have found that eating too much sweets will accelerate the aging of cells and also promote the growth of gray hair. This is because white granulated sugar is an acidic food. Eating a large amount of sugar will make the body fluids alkaline and become neutral or weakly acidic, which will promote cell aging and cause hair to turn yellow and white.

9. The harm of sulfur dioxide in white sugar.

If the white granulated sugar is mainly made by the vulcanization method, sulfur dioxide will inevitably remain in the white granulated sugar, which will cause respiratory tract inflammation, bronchitis, emphysema, and inflammation of the eye and conjunctiva. At the same time, it also reduces the immunity of young people and weakens disease resistance. Under the action of oxidants and light, SO2 can generate sulfate aerosols, which can cause diseases and increase patient mortality.

In short, sugar will take away the vitamin B in your body, disrupt your body’s nervous system, and destroy the calcium metabolism in the body. It makes the whole body sour, prone to all kinds of illnesses, and also makes people nervous, emotionally unstable, tired, and calcium loss.

Especially for children, medical clinical experience has proved that many children are naughty, disruptive, irritable, sleep poorly, and all because of eating too much sugar. As long as they are not allowed to eat sweets for several days, their temperament will change drastically, and they will be gentle and obedient.

Adults are the same. Eating more sweets can easily lead to nervousness, depression, suspicion, and various physical and psychological problems! Moreover, people’s tastes will become sweeter and sweeter, and they cannot extricate themselves from it.

Therefore, it is the best policy to slowly reduce or even not eat sugar. It’s better to change to old-fashioned brown sugar, or even use honey or maltose. You can eat more fruits. Many fruits are rich in natural fructose and have a natural sweetness, which will keep your life “sweet”, but full of vitality, healthy and longevity.

Japanese researchers were inspired by Kampo medicine and the “brown sugar detoxification and whitening therapy” commonly used in the Edo period of Japan. They studied the ingredients and pharmacological effects of brown sugar and found that the natural ingredients extracted from brown sugar are rich in vitamin B1. B2, B6 and Vitamin C can be said to be a natural whitening product, and it is absolutely safe. In addition, researchers have also extracted a polysaccharide called “molasses” from brown sugar. Experiments have shown that it has a strong antioxidant effect and has obvious effects on anti-aging.