New hope for ovarian cancer: PARP inhibitors.  Ovarian cancer is the malignant tumor of the female reproductive system with the highest fatality rate. Because the early symptoms are not obvious, the disease is often in the middle and late stages when discovered. 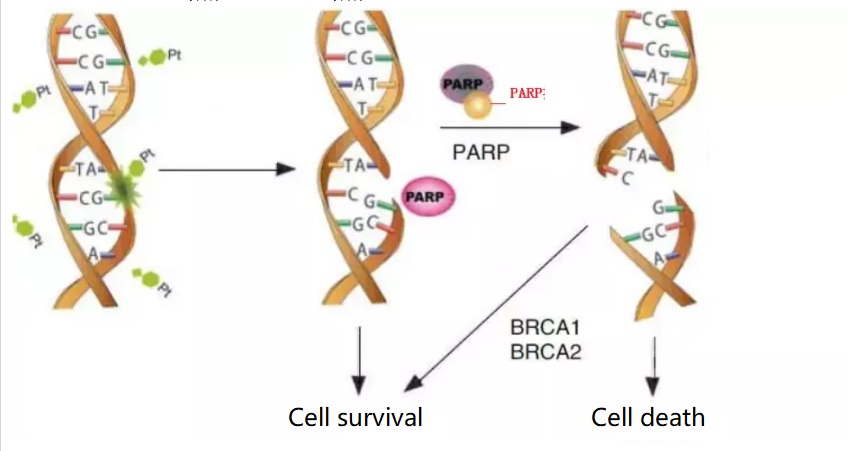 Ovarian cancer is the malignant tumor of the female reproductive system with the highest mortality rate. Due to the lack of obvious early symptoms, the disease is often in the middle and late stages when discovered. The preferred treatment mode is cytoreductive surgery combined with platinum-based chemotherapy.

That is, all the lesions are cut as far as possible through surgery to reduce the tumor burden, and at the same time, chemotherapy is supplemented after the operation to kill the tumor cells again and reduce the probability of recurrence.

Most patients can get clinical remission after initial treatment, but there are still some patients who passed away due to recurrence and metastasis of ovarian cancer within 5 years and no medicine was available. In recent years, the advent of PARP inhibitors has brought major changes to the treatment of ovarian cancer.

PARP is an enzyme that is located in the nucleus and is closely related to DNA damage repair under stress conditions. It can repair damaged DNA and promote cell survival.

BRCA is another enzyme involved in DNA damage repair, including BRCA1 and BRCA2. When ovarian cancer genes are mutated, DNA repair in this pathway cannot be completed.

PARP inhibitors work by inhibiting DNA repair in the PARP pathway. The prerequisite is that tumor cells carry BRCA1/2 mutations or have other homologous recombination related genes that have mutations or loss of function. In this way, PARP inhibitors and mutated genes There is a “synthetic lethal” effect in between, and then play a role.

The international NCCN guidelines recommend that every patient with ovarian cancer undergo genetic testing at the first pathological diagnosis to assess their BRCA status and whether they contain other homologous recombination gene defects. Patients with (possibly) pathogenic mutations in BRCA are those who can benefit from oral PARP inhibitors. Homologous recombination gene defects are another indication for oral PARP inhibitors.

In general, PARP inhibitors are safe and effective after entering Phase III clinical trials. Recently reported in the literature that long-term use of PARP inhibitors may cause rare and delayed adverse events (anemia, thrombocytopenia, neutropenia), including myelodysplastic syndrome (MDS) and acute myeloid leukemia (AML), which are worthwhile attention. Therefore, it is best for patients to consult regular hospitals and experienced experts.