“Black Technology”: Proton therapy for retinoblastoma.  Retinoblastoma is the most common ocular malignant tumor in children. Retinoblastoma occurs in 1 in 15,000 newborns, and the average age of onset is about 2 years old.

Retinoblastoma grows on the retina and its source is retinoblastoma. This kind of fetal primordial cells can differentiate and develop into mature retinal cells, which have the ability to sense light and form vision. However, due to the mutation of the RB1 tumor suppressor gene in germ cells, the retinoblasts lose their ability to differentiate into retinal cells. It becomes an uncontrolled cancer cell that divides and proliferates rapidly.

Many therapies are more sensitive to radiation, proton therapy is recommended

Currently, treatments that can preserve the eyeballs of children with retinoblastoma include cryoablation, laser therapy, chemotherapy, and radiotherapy. This disease is a radiation-sensitive tumor, and radiotherapy is usually used as a rescue treatment, but conventional photon beam therapy can increase the risk of radiation-induced second malignant tumors, especially in children with inherited RB gene mutations.

Proton therapy has been a recognized alternative to traditional radiotherapy, and can reduce the risk of damage to adjacent tissues such as the brain, optic nerve, and growing facial and orbital bones. In some cases, proton therapy combined with chemotherapy can avoid the risk of eyeball enucleation. The focused radiation dose delivered by proton therapy is very important for children with retinoblastoma who have a genetic predisposition to radiation-induced secondary tumors. 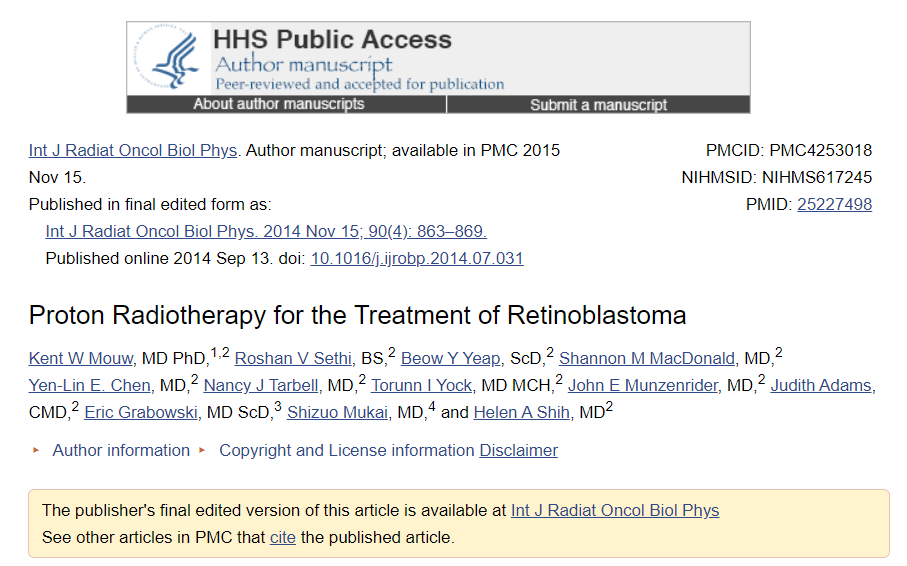 The long-term follow-up results of patients with retinoblastoma who received proton therapy clarified that the local control rate of proton therapy is high, even for advanced cases, while retaining the useful vision of most patients.

Treatment-related ocular side effects are not common, and radiotherapy-induced malignancies have not occurred.

Whether it is partial or whole eye treatment, proton therapy is a good treatment option for patients with retinoblastoma. In a retrospective study from MD Anderson Cancer Center, a 36Gy/18F radiation dose to the whole retina and vitreous cavity can provide patients with the best target coverage and maximum orbital bone preservation.

In summary, In retinoblastoma, proton therapy can provide the best target coverage and the most orbital bone preservation. Such a low dose is sufficient to potentially reduce the possibility of orbital bone growth defects.

In a clinical study of 6 patients with intraocular tumors in proton beam radiotherapy (PBRT), there were 3 patients with retinoblastoma. 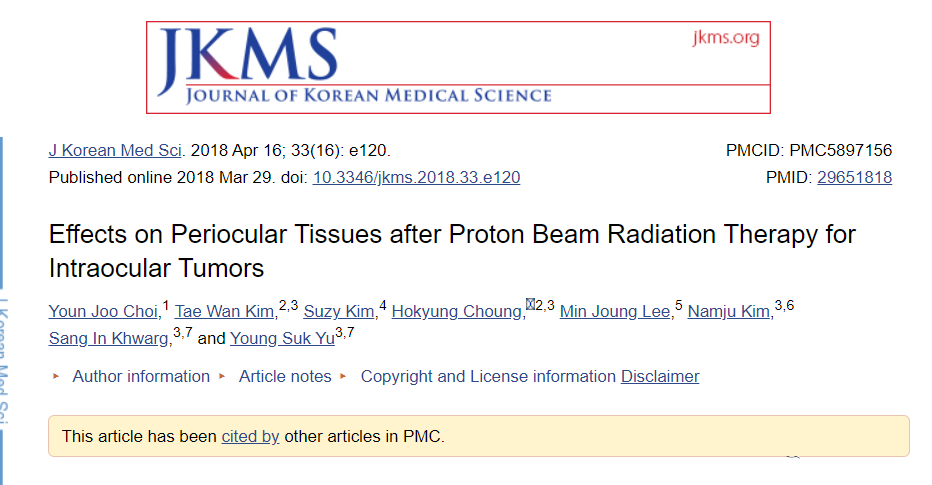 The results of the study show that PBRT has physical advantages compared to traditional photon radiation therapy (EBRT). In the schematic diagram of a typical case in the figure below, Traditional photon therapy has a larger dose in the eye near the tumor, and the dose of the posterior orbit and the distal end of the brain tumor is significantly higher than that of proton therapy.

Studies have shown that, while maintaining the eyeball, the proton beam has a lower radiation dose than the conventional photon beam, and can ultimately maximize eye function.

In addition to the recommended treatment of rare eye cancer with protons, in recent years, scientists have made considerable efforts to develop new methods to overcome the obstacles of solid tumors and adopt optimized strategies for CAR-T for these specific indications. therapy.

We look forward to the fact that more and more pre-clinical/clinical trial data can piece together a complete puzzle, fully demonstrating the true strength of CAR-T cell therapy in the treatment of solid tumors.