Optogenetic treatment restores vision to blind people blind 40 years ago.  In the vision of blind patients, the world is not colorful, black or nothingness is all in front of them.

Studies have shown that the human brain mainly receives external information through five senses: sight, hearing, smell, touch and taste, of which at least 80% of external information is obtained through vision. Therefore, loss of vision is a very bad and terrible thing for people. It not only brings a lot of inconvenience to the life of the blind, but also severely hits the spiritual belief of the blind.

On May 24, 2021, researchers from the Sorbonne University in France and the University of Basel in Switzerland published a research paper titled: Partial recovery of visual function in a blind patient after optogenetic therapy in the top international medical journal Nature Medicine.

This study showed that a blind patient who was diagnosed with retinitis pigmentosa (RP) nearly 40 years ago recovered part of his vision after receiving optogenetic therapy! From total blindness, he was now able to see the notebook, wine glasses, small staple box in front of him, and the zebra crossing of the sidewalk.

It is reported that this is also the first report of functional recovery in patients with neurodegenerative blindness after optogenetic therapy.

Optogenetics is an interdisciplinary technology that integrates optics, software control, gene manipulation technology, and electrophysiology. In neurological diseases, optogenetic therapy can make it possible to restore neuronal functions that are unrelated to mutations and abnormal in electrophysiology. Therefore, optogenetics may be used to treat vision disorders in patients with retinitis pigmentosa.

On August 14, 2005, Professor Karl Deisseroth of Stanford University published a paper in Nature Neuroscience as the corresponding author. The research successfully made neurons respond to light through channel light-sensitive protein (ChR). This paper marked the official birth of optogenetics. It is worth mentioning that Zhang Feng, who was only 23 years old at the time, was the second author of this seminal paper.

In this Nature Medicine paper, José Sahel, Botond Roska, and others describe the preliminary results of a phase 1/2a clinical trial that is still in progress. The optogenetic vector used by the research team is a serotype 2.7m8 adeno-associated virus (AAV) vector encoding the optogenetic sensor ChR. ChR is also fused with the red fluorescent protein tdTomato to increase expression.

The optogenetic therapy used in this clinical trial was developed by Gensight-Biologics.

Gensight is not the only company that performs optogenetics to treat blindness. RetroSense Therapeutics (the company uses Professor Pan Zhuohua’s optogenetics technology and was acquired by Allergan in 2016) started the first clinical trial of optogenetic treatment of blindness five years ago, but the results of the trial have not yet been reported. Bionic Sight announced in March this year that it would use tube genetic therapy + VR therapy to allow four blind patients to perceive light, but did not announce specific test results. 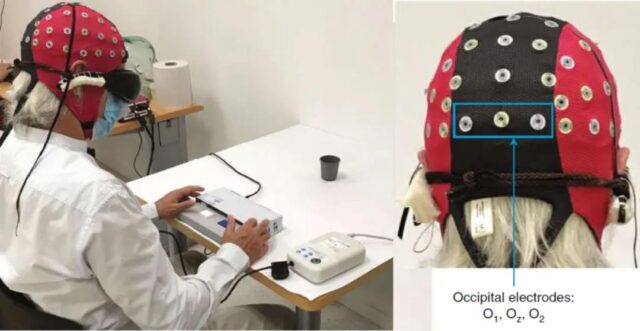 Four and a half months after the injection, the researchers began to use engineered goggles to lightly stimulate the patient’s eyes. This goggles comes with a dedicated camera that can take images of the visual world and convert these images into light pulses, which are then projected onto the patient’s retina in real time, thereby activating the reconstructed retinal nerves during visual tasks Ganglion cells. 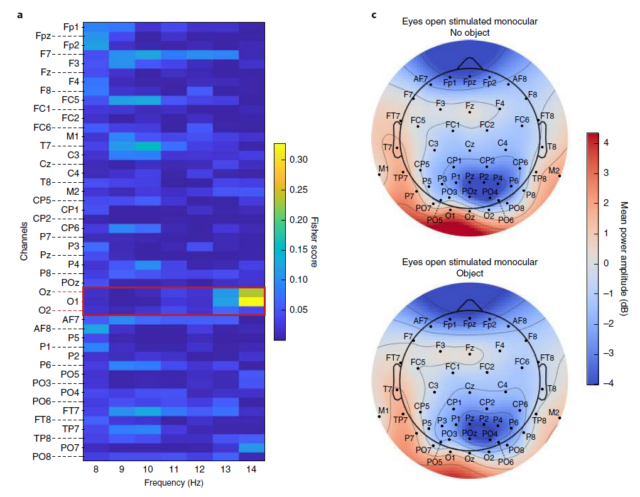 After optogenetic treatment, the patient’s tolerance was good, and the researchers used multi-channel EEG recordings to show the patient’s object-related activities above the visual cortex during the process of visual perception. The results of the study show that the previously blind patient can recognize, count, locate, and touch different objects with the eyes after treatment after wearing light-stimulating goggles. In contrast, the patient’s vision cannot find any objects before or without the goggles before the injection, or without the goggles after the injection.

The author of the paper said: “Optical genetic therapy may help restore visual function in patients with blindness associated with retinitis pigmentosa. However, we still need to see more results of this trial to further understand the safety and effectiveness of this method.”

Part of the patient’s eyesight recovered from optogenetic treatment

In fact, in addition to optogenetic therapy, there is also the famous gene therapy to treat blindness. If a gene mutates and causes blindness, then replace or supplement it with a new and correct gene, or modify the mutated gene directly through gene editing technology. In theory, such a strategy can completely cure patients with hereditary blindness.

One of the most representative is Luxturna therapy developed by Spark Therapeutics, which delivers the correct RPE65 gene to retinal cells through adeno-associated virus (AAV) for the treatment of congenital amaurosis type 2. The therapy was approved by the FDA on December 10, 2017, which also marked the official arrival of the era of human gene therapy.

All in all, this study published in Nature Medicine shows that optogenetic therapy can restore part of the vision of blind patients who are blind due to retinitis pigmentosa, and may be extended to the treatment of other genetic blindness.