SIRPa antibody treats solid tumors safer and more effective than CD47. In the tumor microenvironment (TME), tumor-associated macrophages (TAM) can account for up to about 50%. TAM and myeloid and dendritic cells are closely related to tumor cell activity and response to T cell targeted immunotherapy.

TAM, in advanced tumors, is often regarded as a group of suppressive immune cells. There are many related targets involved. Among them, the most famous one is SIRPα/CD47.

For the development of SIRPα,  the SIRPα/CD47 axis target is one of the most popular targets. OSE Immunotherapeutics has developed first-in-class BI765063, an antibody that selectively recognizes SIRPα.

BI765063 is a humanized IgG4 monoclonal antibody antagonist against SIRPα (signal regulatory protein a), which can block the “don’t eat me signal” of the SIRPα/CD47 axis. SIRPα/CD47 is an important type of innate immune checkpoint. SIRPα is expressed on myeloid cells. BI765063 has high binding affinity for V1 SIRPα, but low binding affinity for V2 SIRPα. BI765063 does not bind SIRPγ and does not hinder the interaction of SIRPγ-CD47, so it does not hinder T cell activation.

Forty Seven also developed the SIRPα antibody 1H9, which also does not bind to SIRPγ.

The cytoplasmic domain of SIRPγ is short and cannot recruit signal proteins. There are no charged residues to mediate the connection with DAP12 or other adaptor proteins, so it does not have the ability to transmit signals.
However, SIRPγ-CD47 interacts to provide better adhesion between cells (APC, T cells), so that APC cells have a better antigen presentation effect, which in turn activates T cell proliferation and releases cytokines.

OSE Immunotherapeutics and Forty Seven coincide on this point. It can be said that a certain consensus has been reached on the development of this target. 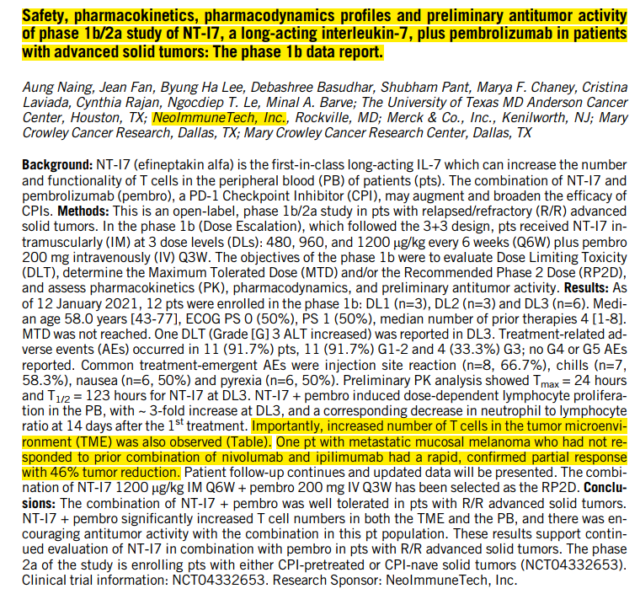 BI765063 is well tolerated and has single-drug activity.

No related anemia or thrombocytopenia was observed.

According to the RECIST 1.1 assessment, 21/47 (45%) of patients have observed clinical benefit. A patient with hepatocellular carcinoma (HCC) with liver and lung metastases (previously undergoing 7 treatment options) showed a sustainable partial response and had been treated for 27 weeks (ongoing). The patient’s baseline tumor biopsy showed high CD8 T cell and macrophage infiltration. After treatment, CD8 T cell infiltration and activation were further increased. The expression of PD-L1 on tumor cells increased 2 weeks after the first administration. Analysis of matched tumor biopsies in other patients is still in progress.

The SIRPα antibody is difficult to show a good efficacy in a single drug, and the clinical signals disclosed by BI765063 are undoubtedly positive, well tolerated, and a single drug is active. Compared with the CD47 antibody, the safety has a greater advantage.

Preclinical experiments of SIRPα antibody showed that the single-drug effect was poor or even ineffective, and the combined treatment effect was greatly improved. This time, we saw positive signs in the clinic, which is more optimistic than the pre-clinical efficacy. The SIRPα antibody is promising. 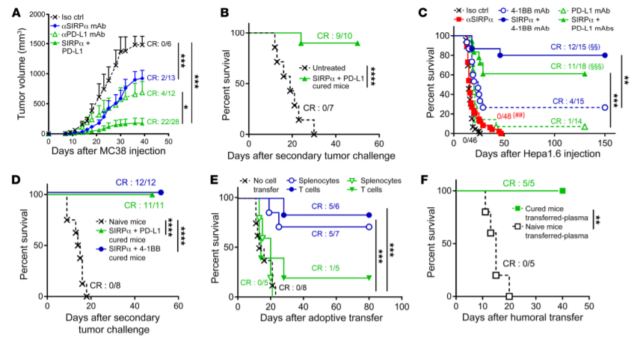 After BI765063 treatment, the expression of PD-L1 on tumor cells increased, providing a basis for clinical combination of PD1/PDL1 antibody. And the dose escalation of BI 765063 combined with ezabenlimab (pd1 antibody) is also underway. Looking forward to its results